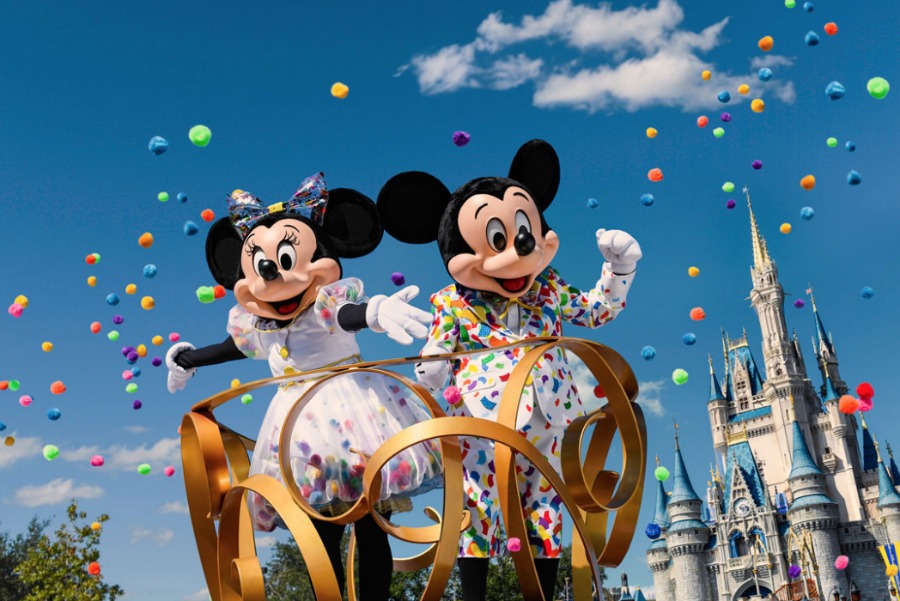 Disney theme parks around the world will soon be celebrating Mickey Mouse’s 90th Birthday along with Minnie Mouse and there are so many plans for special surprises and events.

Today, the Disney Parks Blog has shared the first look at the celebratory duds that Mickey and Minnie will wear for the celebration at the Walt Disney World Resort, Disneyland Resort, Hong Kong Disneyland, Shanghai Disney Resort, and Disney Cruise Line.

Mickey Mouse’s crisp white suit will feature a shower of colorful confetti, while fashion icon Minnie Mouse will don a puff-sleeve dress adorned with pompons and a buoyant bubble skirt for the celebration.

Senior Costume Designer Joe Kucharski shares that both outfits “will reflect the party spirit of the celebration.”

The looks that Mickey and Minnie will be wearing to celebrate their 90th anniversary represent all of the colorful exuberance of a party and birthday party decorations, complete with confetti, balloons, pompons, streamers and more! These playful bursts of color and texture are set against crisp white, meant to evoke the nostalgic feeling of frosting, crisp linens and tissue paper.

The new costumes will be seen at Walt Disney World Resort in “Move It! Shake It! MousekeDance It! Street Party,” opening January 18 during Mickey & Minnie’s Surprise Celebration at Magic Kingdom Park – a limited-time celebration that will include new entertainment, merchandise, and specialty food and beverage.

The new costumes will also be able to be seen at: