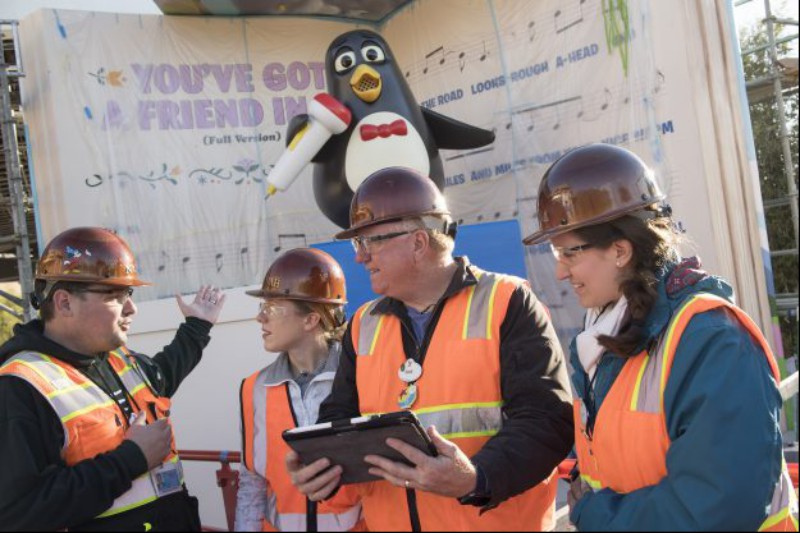 With the opening of Toy Story Land at Disney’s Hollywood Studios just a few months away, all of Andy’s toys are beginning to appear.

Jessie, Rex, and Slinky Dog have already shown up, and now Wheezy, the crooning penguin, has joined in the fun.

In addition to Toy Story Mania, Toy Story Land will featuring two new attractions that will have guests feeling like they’ve shrunk to the size of a toy. Both Slinky Dog Dash and Alien Swirling Saucers will debut when Toy Story Land opens on June 30th!