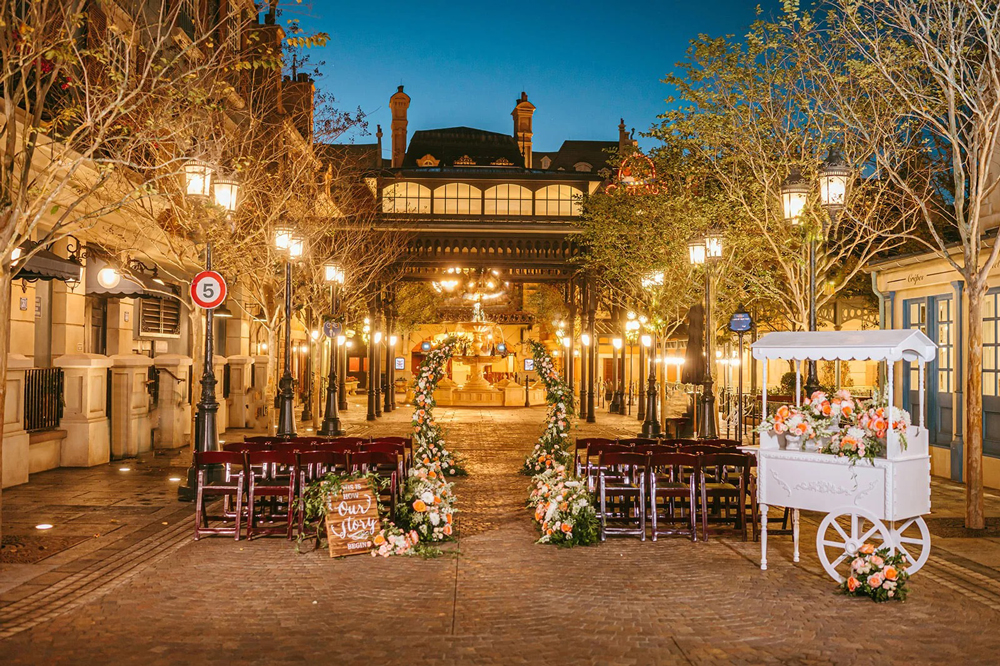 Have you ever dreamt of tieing the knot in one of the many magical locations at the Walt Disney World Resort? If this is something on your bucket list, you’ll want to know about the newest wedding offerings that were revealed during Good Morning America on Wednesday.

Disney’s Fairy Tale Weddings & Honeymoons is offering new venues and fashions for your 2022 celebration. The brand is an industry leader in bringing fairy tales to life through weddings, honeymoons, vow renewals, and anniversaries at Disney locations around the globe, while providing couples with a personalized experience through products, services, and locations that only Disney can provide.

Today, Disney’s Fairy Tale Weddings & Honeymoons revealed its newest wedding venue to debut during Disney World’s 50th Anniversary celebration – Place du Remy, inside the newly expanded France pavilion at EPCOT. The new venue evokes the feeling of France, inspired by the whimsy of the park’s newest attraction, Remy’s Ratatouille Adventure, and includes the attraction marquee and the pavilion’s central fountain at its heart. Place du Remy is the newest of more than 50 wedding venues across the Walt Disney World Resort, from theme parks to resorts to a dedicated wedding pavilion.

Four new décor concepts are now available, modeled after the “EARidescent” glow of each of the four Disney World theme parks. Special food and beverages exclusive to The World’s Most Magical Celebration can also be incorporated into your Disney’s Fairy Tale Wedding during the 18-month-long festivities. Couples can also take wedding portraits in front of the Beacons of Magic at all four theme parks or celebrate with dessert parties and receptions during new nighttime spectaculars at Magic Kingdom and EPCOT.

There is also a new wedding venue coming to the upcoming Disney Wish – and it’s just as dreamy as you might expect!

The 2022 collections will also include dresses inspired by Ariel, Cinderella, Jasmine, Snow White, Tiana, Aurora, Pocahontas, and Rapunzel. All gowns are available in sizes 0 to 30, starting at $1,799.