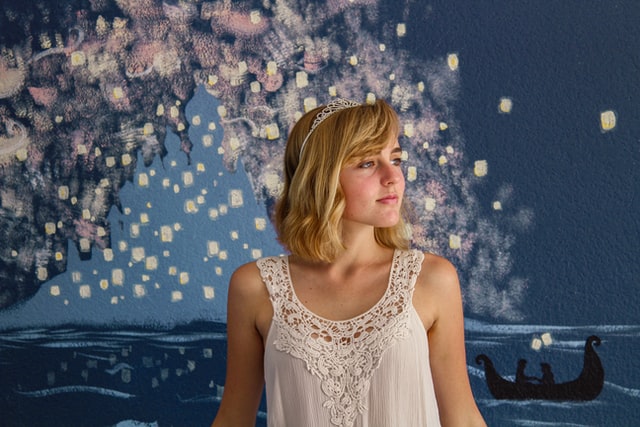 When it comes to our Disney vacations, every person in your traveling family has a distinct role to play. If you are familiar with traveling as a cohesive group, chances are you each have a place, a defined contribution, and you don't dare cross the line into the next person's territory. For some, this well-oiled machine will function in the same way every visit, creating the best outcomes for the whole group each time. But what happens when you travel with another party and your roles need to combine?

Most characters in this story can combine their powers for good, but the sparks are destined to fly when two alpha planners come head-to-head from opposite ends of the Disney spectrum. In fact, in my experience, many planners don't play well with others; most are firmly set in their ways, long trusted to get the job done without a fuss. When involving two of them in the same project, one must be very cautious. Not unlike introducing two pets used to ruling their domain, you never know if they will wag their tails in excitement or bear their teeth in defense of their standing.

So what do you do when faced with the invasion, I mean, sharing, the top job with another person? Prep yourself thoroughly. In lieu of resorting back to primal instincts and sniffing each other, do some Facebook/Insta-stalking and see what each other's Disney vacations look like. This is an excellent way to get a feel for your prey, I mean, co-planner, to see what challenges you might come across. Give yourself time to make peace with the fact that your adversary, I mean, collaborator, is the complete opposite being to yourself. Practice smiling in the mirror and using natural eyebrow expressions when they mention 'sleeping in' and avoiding carbs while you are away.

The meet itself is a tough one. Everything needs to be just right to encourage a cohesive fusion of Disney vacation planning. Find a public space on neutral ground, someplace that neither of you feels any emotional ownership over. It might be best to refrain from any sharp objects depending on their temperaments too. Seat your opponent, I mean, fellow travelers, across from you so you can focus on getting your point across. Okay, fine, and listening. Whatever.

You lock eyes across the table, a stand-off stare, evaluating one another's intentions. The first one to look away concedes Advance Dining Reservation decisions. Glasses are on; My Disney Experience apps at the ready. Even though this tug of war was in motion as soon as you met, where do you begin when there is so much ground to cover and your families insist on spending as much time together as possible?

Compare priorities with a quick list of top fives at each of the parks on either coast. Beginning with attractions, you instantly rattle off the various mountain thrills of Disney while they refer fondly to slower, less intense rides.

Keep those eyebrows down! Refrain from showing alarm. Don't raise any suspicions that this is going to be a dual till the end.

You start to wonder what might be required to plead an insanity defense down the line.

It's a two-hour meeting of he said/she said, and it is clear that no one will win. Your spouses might as well shake hands and call it a day right now, but you press on in equal parts to prove to your families that you can relinquish some control and because you're adamant that you will crush your weaker half and win the Disney vacation planning war.

Furrowed brows and increased blood pressure, everyone's cards are on the table, and you couldn't be more divided, that is, until a culinary interlude, allowing everyone to eat in peace, brings an unlikely break in the tension.

Bill, this tastes like that Chimichurri-topped skirt steak we had at Wine Bar George a while back.

Your ears prick up; could there be light at the end of this blended travel family tunnel? She could be name-dropping, but who cares? It's better than nothing. Had it been a sporadic reference to Dole Whip or Churros, you might have turned away with cheap disgust, but a mention of that particular steak dish at Wine Bar George came with enough clout to impress. You decide to throw her a bone and see where this takes you.

It's not delicious; it's overrated.

That was the correct answer. Could this be happening? She counters.

What do you think of the Cheese Soup?

At Le Cellier? Now, that is delicious.

The families breathe a sigh of relief; there are signs of a truce on the horizon. With some common ground now beneath you, both parties loosen their grip on the controlling reigns just enough to make some headway as a team. Before you know it, you agree on everything from FastPasses at the Haunted Mansion and Lobster Rolls at The BOATHOUSE. Both of you are bending and flexing to the needs of the other—a slow ride for her, a few carbs for you, adulting at its finest.

In a true Disney magical moment, you share a COVID-conscious embrace, thinking you might actually be able to learn something from each other on the journey ahead. You make eye contact before going your separate ways. Facial expressions softened; she looks you in the eye. In a tone of voice, yielded by a sense of harmony, she says:

Was it just me or was the Electrical Parade awful?; I couldn't stand it.

Oh, and let's change that other FastPass over to Figments Journey into Imagination; that is so much better than the old one!

The battle is officially reinstated.

Now, I know that not all alpha planners are women, but this is based on my personal experience. Please share with me your co-planning highlights below. Both disaster stories and triumphs are equally welcome.