We’re going off the rails! This time around we’re talking about The Walt Disney Company’s earnings call that revealed Disney has made a lot of money, the parks are getting busier and busier as people are spending more, and you’re just going to have to buckle up. 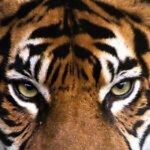 Corey is a lifelong Disney fan, has been with DIS and Dreams Unlimited Travel for over 20 years, and is a founding member of the DIS Unplugged podcast. He is a Disney's College Program Alumni (1997) and moved to Orlando after graduating from LSU in 2000. He is husband to an incredible wife and mother and father to two remarkable children (12 & 13).