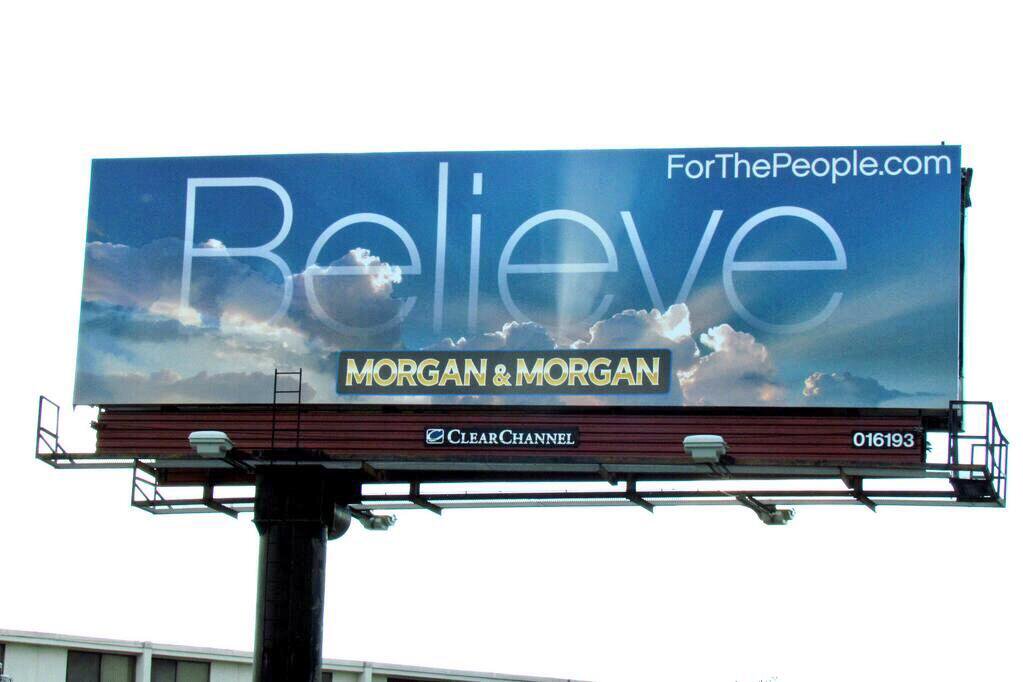 Walt Disney World guests are used to seeing billboards advertising lawyers near the theme parks or on TV while they stay in Orlando.

What they may not realize is, Central Florida ranked No. 1 in the nation in a survey of advertising by trial lawyers. That’s right, plaintiff law firms here spend more on advertising than in much bigger cities like New York, L.A. or San Francisco.

Why? In a word: tourists. More than 70 million travelers come to the Orlando area in a year. That’s a lucrative audience, far bigger than the population of those big cities.

And while you’re in Orlando, you’re often very active, seeking out thrill rides, and possibly overdoing it a little.

A 2015 report by the U.S. Chamber’s Institute for Legal Reform found that trial lawyers were on track to spend almost $900 million on advertising that year, and the top region for that spending was Central Florida.

Walt Disney World and Universal Orlando normally face a steady trickle of lawsuits, over such things as a woman who fell off the Prince Charming Regal Carrousel to a guy from Ohio who claims Universal stole his ideas when planning their Toothsome Chocolate Emporium and Savory Feast Kitchen. The Carrousel case disappeared with no court record of what happened, while the so-called “Chocolate Factory” lawsuit was still being argued in Orange County Circuit Court as of Sept. 5. It was filed in 2016. There are also occasional labor lawsuits by employees who feel wronged, as with most big employers.

If you are hurt in an accident, a Google search for something like “theme park lawyer” will show you many of the big plaintiff firms in Orlando, like Nation Law and NeJame Law. Lawyers are actually forbidden to seek out injured people to represent them, so you have to find them.

The king of law firm advertising is home grown in Orlando — John Morgan, founder of the Morgan & Morgan law firm. He has said the firm spends about $60 million a year on advertising. He was in law school when his younger brother snapped his neck in a diving accident as a lifeguard at Disney World. He has publicly cited that event as part of his motivation several times in articles for such publications as the Orlando Sentinel and Politico.

There’s a new trend in lawsuits in Orlando that seems to be just getting started: Some of those lawyers will take your case for free, even if it’s not really a personal injury case.

The attorney handling the “Chocolate Factory” case, David Oliver, has been up front that he took on that case with no advance fee.
“It’s a fact of life that if you’re operating a big theme park you’re going to face a lot of lawsuits. People who may not be used to walking all day are suddenly doing that, often in the heat,” Oliver said.

Besides that, access to theme parks for disabled people has been another major driver of litigation, Oliver said.

A prime example is the battle Disney has fought in courts over its programs for guests with autism. A judge had thrown out thirty of those lawsuits that cite the Americans with Disabilities Act, but a court of appeals panel in August ruled they should go forward.

“Theme parks hate ADA litigation,” Oliver said. “If you have a tape measure and measure anything, like the width of a bathroom door or table height, you will be escorted off property immediately. There are cameras everywhere.”

Suing theme parks with billion-dollar budgets is often an uphill battle. For example, in 2015, a judge ruled that Disney’s blockbuster Frozen didn’t violate a New Jersey author’s rights to a story she published previously about her life.

Tucker Byrd is another Orlando lawyer who is basically funding commercial lawsuits against big companies by donating his representation. He’s suing a former mall near Universal Orlando, the Artegon Marketplace, on behalf of several tenants who were kicked out when it closed.

Court reforms have cut out many kinds of personal injury lawsuits, so P.I. lawyers are looking at commercial litigation more now, Byrd said.

There’s even a startup company called Legalist Inc. that launched in 2016, which uses software to find the best possible lawsuits to fund, on the bet that enough of them will pay off to make the company a big project.

“It’s not easy. You have to prove damages against a truly formidable opponent,” Byrd said. “Usually the bigger party wins. But with commercial contingency I’m basically funding it, and I’m not really charging myself.”