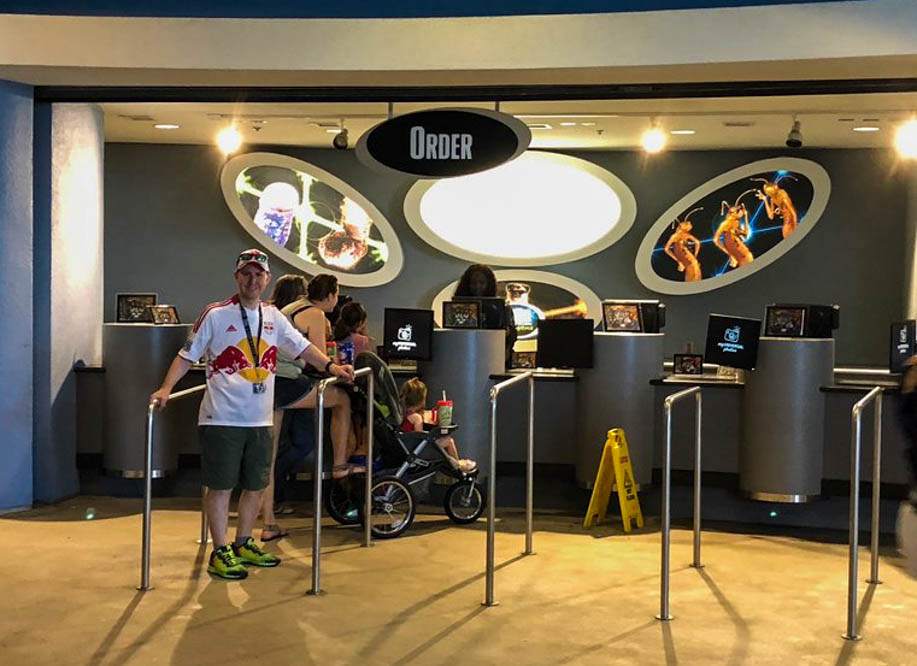 Making memories is what vacations are all about, and having family pictures (with the entire family in them) can be priceless. I’ve been a big fan of Walt Disney World’s PhotoPass service ever since it came out, as it enabled my family to come home with lots of new memories. We also use PhotoPass to fulfill the need for a professional family photo; after our vacations, we always have at least a few that are frame-worthy. Over the past few years, my family has started to vacation more and more at the Universal Orlando Resort as well, and while we are there we use their service, called My Universal Photos. These two services are similar, but have a few key differences that leave me with a strong preference for one versus the other.

Purchasing and Accessing Your Photos

Neither Disney nor Universal require a purchase of anything upfront; you can visit any photographer throughout the day and have your picture taken with no commitment to purchase. You have the option to purchase individual pictures, or to purchase downloads of all the pictures taken on your vacation. My family always purchases the unlimited downloads option when we visit the parks. For Disney PhotoPass, the unlimited download option is called Memory Maker and costs $169 if purchased at least 3 days in advance, or $199 if purchased for immediate use. Any pictures taken over the course of 30 days are included in this price. Annual Passholders who have the Platinum Plus, Platinum, or Gold pass have Memory Maker included in the cost of their pass.

If you have a MagicBand, when you visit a photographer, it will be scanned and the pictures are automatically added to your My Disney Experience account. For ride photos, you don’t have to do anything in order for the photos to be added to your account; the RFID technology just automatically links them! However, if you don’t have a MagicBand, the photographers will give you a card that can be scanned again when you visit other photo locations and you can add ride photos by tapping the card to a kiosk after the ride.

I remember that in the past it was necessary to visit a separate website to access digital PhotoPass photos, but now they are available right in the My Disney Experience App. And if you purchase the Memory Maker package, then you can access the unlimited photo downloads throughout the length of your visit just by visiting the app. My Universal Photos works a bit differently. It is $69 for 1 day of downloads, $89 for 3 days, or $139.99 for an Annual Photo Pass (for annual passholders). With these packages, you receive a lanyard and card, plus a free 4×5 and 5×6 printout. Since there are no MagicBands at Universal Orlando, the card must be physically handed to either a photographer or a cashier at the ride photo booth in order to have your pictures added to your account. Unlike at Walt Disney World, there is no way to automatically add your ride photos to your account; you must always hand the card to someone. In my experience, this is the biggest negative for Universal. Since my family always wants the ride photos, we have to wait in line after each ride to have the pictures added to our account. This wait could range from none at all to 10 minutes or more! Plus, the lines are often disorganized and confusing. I prefer Disney’s MagicBand system! This is a pretty short line to get our photo from the Men in Black ride in Universal Studios, but it’s still at least 5 minutes wasted here versus doing something else!

Universal Orlando has a specific app for photos, called Amazing Pictures. This must be downloaded separately from the regular Universal app, and it has a separate log in. Although it’s not integrated into the main Universal Studios app like Disney’s is integrated into MyDisneyExperience, I believe Universal was ahead of it’s time by being the first to have an app (versus a website) to access the digital downloads.

Both Disney and Universal have photographers at park entrance, at key rides, and at certain character meet-and-greets. Universal Studios actually publishes an official list of locations. While I couldn’t find the same for Disney World, wdwinfo.com has done a lot of the legwork on this page.

Park Entrance: While Universal Studios is the only park I’ve seen consistently have photographers outside the park (at the Universal Globe), I have found the inside-the-park entrance photographers to be more plentiful in Walt Disney World, especially in the Magic Kingdom (likely because of the popular castle photo opportunity).

Rides:  According to the wdwinfo list, there are 5 rides in Magic Kingdom, 2 in Epcot, 3 in Hollywood Studios and 3 in Animal Kingdom that have PhotoPass available. Videos also available on Twilight Zone Terror of Terror and The Seven Dwarfs Mine Train. The Universal website lists 4 rides in Universal Studios, and 6 in Islands of Adventure with ride photos.

Automated Capture Locations: These are photo spots where an unmanned camera is set up. You press a button to start a short countdown, then stand in the indicated spot and wait for the “click.” Universal has two of these: one at the Back to the Future DeLorean in Universal Studios and one in Jurassic Park at Islands of Adventure. They are a lot of fun! Although the Back to the Future ride is gone, at least my family can take unlimited photos with the DeLorean at this automated capture location!

Disney has coined the term Magic Shot, and there are multiple ways that Disney photographers can add some “magic” to your picture. I’ve had pictures with the cartoon versions of Timon and Pumbaa from The Lion King, the mice from Cinderella, and the characters from Zootopia, to name a few. I’ve seen Universal try something like this just once (inserting the Universal Globe into the palm of my hand), but Disney is the clear winner in this area.

While both services provide me with pictures that capture my family’s magical vacation memories, I have to give the win to Disney’s PhotoPass service. While I love the automated capture locations at Universal, and they do have quite a few rides that offer pictures, it is just such a pain to get the ride pictures added to our account. I love the ease of the MagicBand at Disney, and even if you don’t have one, it’s not that difficult to just find your ride picture at the kiosk and tap your card to it.

What do you think? Who does it better?