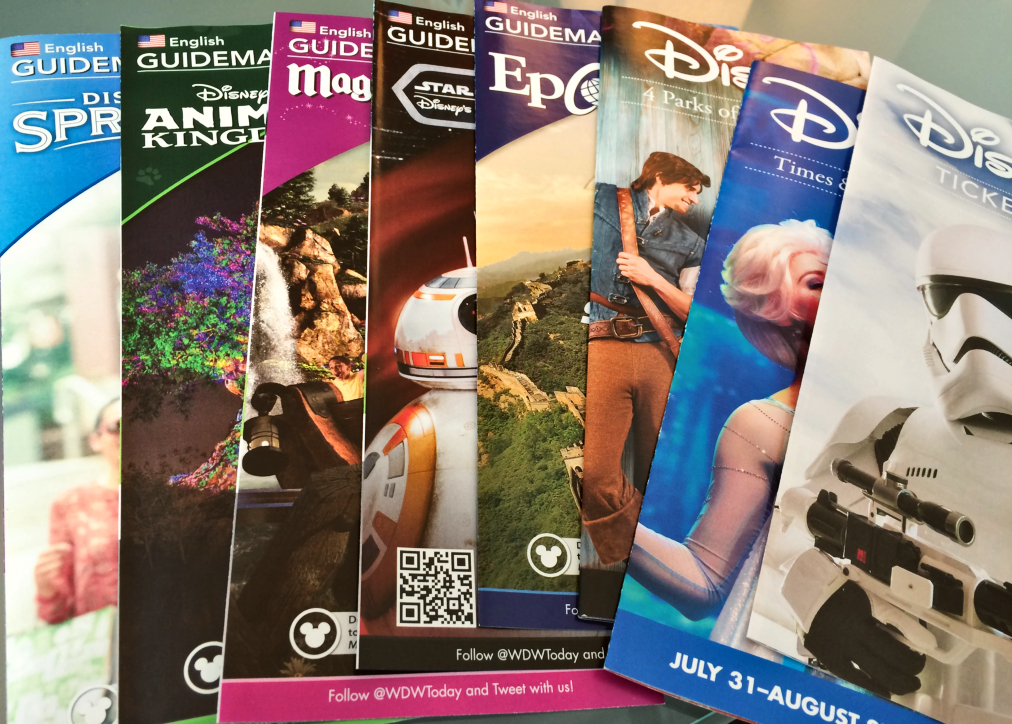 Bernard is a free spirit. Bernard goes where the wind takes him. Bernard is going to show up to Walt Disney World for the first time and experience it as it unfolds in front of him. He has enjoyed his local theme park dozens of times and figures it’s pretty much the same. So Bernard goes, but returns home complaining about the long wait times, terrible weather, distance from his resort room to the bus stop, the lack of characters, and only burgers to eat.

Please, for the love of all things Mickey-head shaped, don’t do this. Trust your obsessive Disney friends when they tell you to register on the website, look at the park and resort maps, make Fastpass+ and dining reservations, and read about the various attractions and restaurants. Doing your homework now means you’ll know your options later when a few irritating realities pop up.

If you are going to Walt Disney World, then you will experience the meltdown. It may come in the form of an unhinged toddler, a Dad muttering about all the money he spent, or a Grandma adamant that Ariel needs to cover up. It’s going to happen at some point during your vacation. When it does, you’ll be able to smooth things over because you’ll know of an indoor attraction where you can cool off, a nearby place to get a cold treat, or a Streetmosphere act getting ready to take place. In the worst case, you’ll know that it’s best to wave the white flag and head back to your resort for a nap or a swim.

It can be maddening. You’re moving along at a good pace, knowing exactly where you’re headed. Then you almost trip over a wee little child. Then a stroller. Then a family walking five across. And then it’s gridlock. A mass of humanity that is bitterly trying to outmaneuver one another in an attempt to squeeze every ounce of value from their vacation. This is the part where you veer off and head for that little-known walkway, or cut through the gift shop, or grab a Dole Whip, or check the My Disney Experience (MDE) app for a short ride wait or live show near you. You know to do these things because you became familiar with the park maps, website, and app before you arrived.

This happens much more than rookie visitors expect, and it deflates their giddy excitement in a way that makes it tough to recover. But you won’t let it ruin your day because you now know that it is possible and not the end of the world. Although frustrating to waste your time in line, see your child disappointed, or have walked to one end of a park for nothing, Disney will frequently compensate you with a Fastpass added to your MDE account that can be used on most attractions at any time on the same or next day. So prepare to brush off your frustration, continue to explore the many other amazing experiences, and check the MDE app later to see if your desired attraction is available.

A little rain sounds refreshing on a hot summer day — except in Florida. Those daily afternoon showers drop a blanket of humidity so thick, you are sure to melt faster than Olaf. But that’s not all. They arrive just after the wind, lightning, and thunder have you running for cover. This is the moment the crowds rush for the gate and clog up the bus stops. But you can wave goodbye to them with your poncho-covered arm as you head to a restaurant, character meet ‘n’ greet, or dark ride. More times than not, those storms head out as quickly as they appeared. When this happens, you’ll typically find shorter wait times and sidewalks that are much easier to maneuver. The trade-off is your wet shoes.

These are only a few examples of how a lack of information can make a small hiccup feel insurmountable. If Bernard had spent a few hours gaining some basic Walt Disney World knowledge he would have returned home much happier. At the very least, he needed to know where Guest Services was located so they could bring him up to speed.