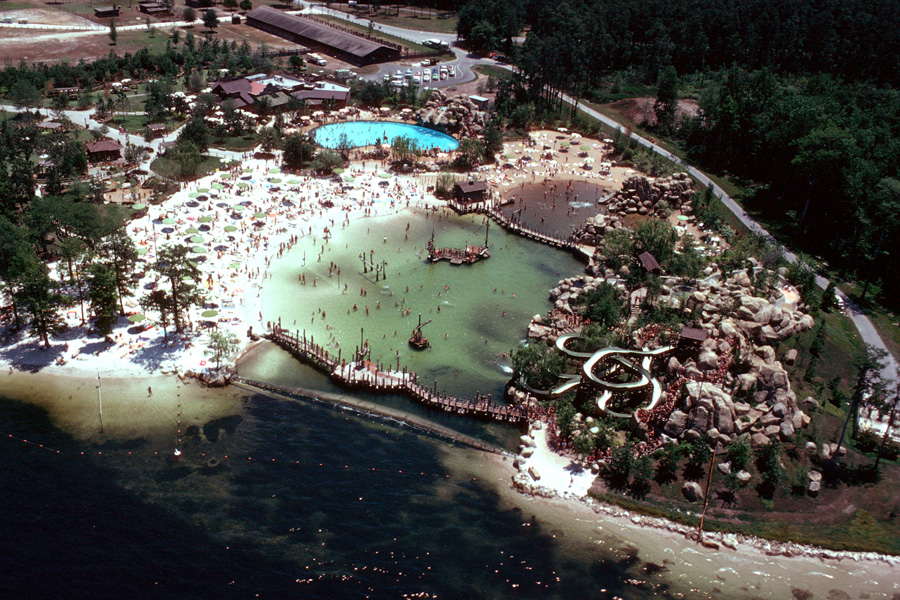 You’ve probably seen the Mike Fink Keel Boat dock in the Magic Kingdom a thousand times and never thought twice about it. Sitting next to Liberty Belle Riverboat’s dock on the Rivers of America is a small dock. The Mike Fink Keel Boats were an opening day attraction in the Magic Kingdom. The two boats; the Gullywhumper and the Bertha Mae, were free-floating boats that sailed daily around the Rivers of America. The dock still remains in the Magic Kingdom even after the two boats stopped sailing on April 29, 2001. Disney has kept the dock from crumbling but hasn’t used it for anything since 2001. 4) Rainbow Corridor in the Imagination Pavilion It might not be technically abandoned, but it has become as some call it “the Wonders of Sadness.” It is now used exclusively as the Festival Center for both the Food and Wine Festival and the Flower and Garden Festival, but for over half of the year, the Festival Center/Wonders of Life pavilion is essentially abandoned. There are no longer any operational attractions in the pavilion as it officially closed on January 1, 2007. Because it is so heavily used as a Festival Center now, it will most likely never return as a pavilion with permanent attractions or shows in it. There are no credible reports that either of the attractions were ever dismantled, which means the entire Body Wars and/or Cranium Command could be very much intact and operational. Located across from Bay Lake is Discovery Island. Discovery Island was, until 1999, essentially a miniature zoo. Guests took boats over to Discovery Island, and here they could view a number of bird and animal species including flamingos, swans, tortoises, and much more. The animals were eventually moved to Disney’s Animal Kingdom, but otherwise much of the island has remained largely untouched.