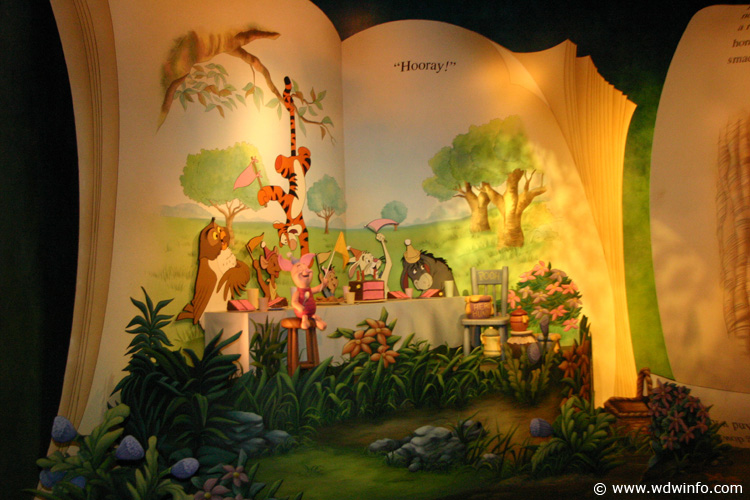 Have you ever heard of the saying, “atmosphere is everything”? Growing up, my parents would always say that to me, especially when we walked into a new-to-us restaurant. When I think about some of my favorite Disney attractions, it isn’t always the actual ride itself that earns it a spot in my top five. Sometimes, the music heard during the experience plays a more significant role in choosing my favorites.

In my number five spot is Walt Disney’s Enchanted Tiki Room. I absolutely love all of the music from the show. It’s perfect and one that I hum in my head for hours after watching. The whole show is so nostalgic, some will even say corny, but nonetheless, I love it.

Coming in at number four is The Many Adventures of Winnie the Pooh. I loved watching the Winnie the Pooh series as a child and the music in the attraction brings me right back. One thing I didn’t remember from watching the cartoons was the Heffalumps and Woozles song. I don’t know how I forgot about it, but when I heard it during the attraction for the first time, it quickly became one of my favorites.

Number three might crack you guys up, but it’s the “it’s a small world” theme song. I KNOW!! Here’s the thing, it is my mom’s absolute favorite attraction – she went to the World’s Fair in NYC with her grandma – so I cherish it about as much as she does. I mean, you have to love it. It’s one of the originals, and with today being Walt Disney’s birthday, I say we own up to the fact that “it’s a small world” wouldn’t be the same if the music was any different.

Yo Ho, Yo Ho, A Pirate’s Life for Me holds second place. When our family used to visit Disneyland back when the kids were little, I’d print copies of the song’s lyrics for everyone who could read so we could all sing along properly through the whole ride. I’m sure that all the people on our boat just loved that. We had to have been their favorites, right? LOL!

If you know me at all, you may have already guessed that the music from Peter Pan’s Flight at number one in my book. I love it all! From the moment I step onto that attraction and hear You Can Fly and all the way through to the Second Star to the Right, it all makes my heart sing. That music and attraction is where the majority of the magic lives for me. It gives me all the goosebumps and I just love it.

Now it’s your turn! Which Disney attraction has your favorite soundtrack?