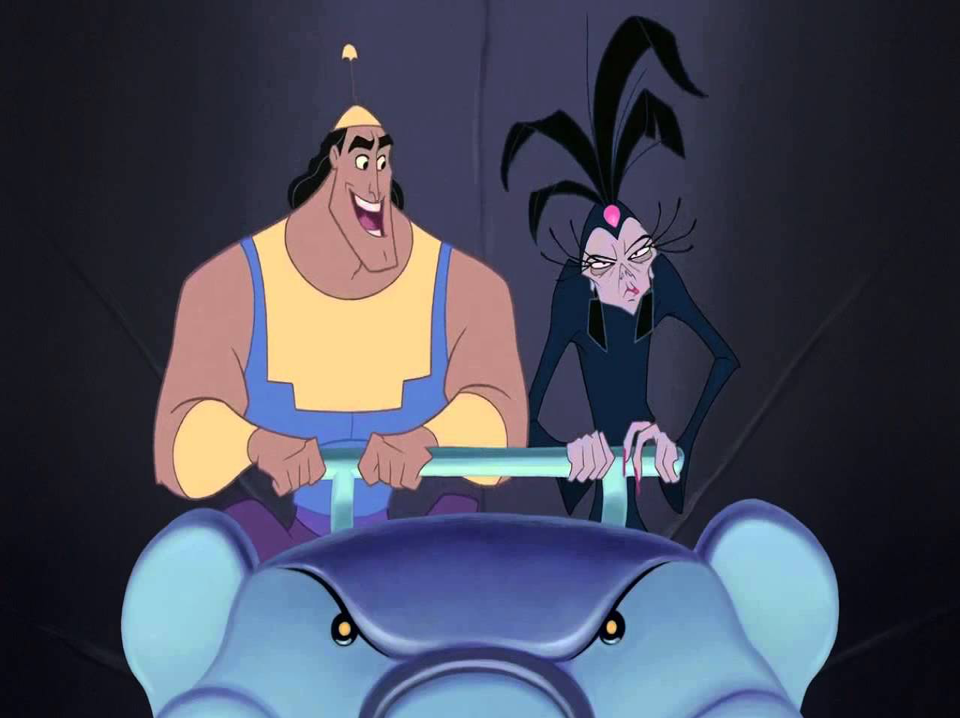 Unlike Disneyland, Walt Disney World has thousands of undeveloped acres. Much of this is intentional and meant to remain wilderness. But large portions are not, and this leads to conversations about the possible creation of a “fifth gate” park; that is, a park in addition to Magic Kingdom, Epcot, Hollywood Studios, and Animal Kingdom. When the question comes up, a fifth gate themed after the villains of the world of Disney is quite a common response. It would be tempting to see a park where one could step into the worlds of Jafar, Claude Frollo, and Captain Hook. But darkness, malice, and despair, which seem to permeate all of our everyday lives in some form or fashion, would not be compatible with the stories that Disney movies and parks wish to tell.

The popularity of this idea is one which is very easy to understand. Villains are some of the most interesting characters the world of Disney has to offer. Most of us love to hate Cruella de Vil or Madame Medusa. When traipsing through a hot summer day in the Magic Kingdom, a sojourn into Ursula’s lair would be more than welcome. This theoretical park would also be a great option for those who do not wish to be ensconced in the unceasing optimism of It’s a Small World, or the folksy humor of the Jungle Cruise.

A ride into Oogie Boogie’s lair could be every bit as visually stunning as Na’vi River Journey. The popularity of the Haunted Mansion, or Pirates of the Caribbean speaks to the appeal of darker stories to guests. So, what is the problem?

The stories told in Snow White and the Seven Dwarfs or The Sword in the Stone rely on a fight between good and evil. Some villains, such as the Evil Queen, are unambiguously cruel and vicious. Others are not, such as the power-hungry Yzma, or have a humor about them, like the Queen of Hearts. By theming an entire park just off of the villains, how would a complete story be told? In the very popular Peter Pan’s Flight, we see a full story of the Darling children being swept off to Neverland, going through their adventures, including being kidnapped by pirates. In Splash Mountain, we go through Br’er Rabbit’s departure for supposedly greener pastures, troubles in the Briar Patch, and triumphal return home.

If Peter Pan’s Flight was, say for instance, Captain Hook’s Adventure, how would a complete story be told? Would he have to ultimately prevail in defeating Wendy and Peter Pan? Or in an attraction themed around Jafar, would he come out on top as ruler of Agrabah? Would the Evil Queen be successful in killing Snow White? Or would the villains be consistently defeated? It seems in a park themed around villains, beloved characters such as Cinderella would never find their Prince Charming. And a park themed as such would be far from magical.

These characters encompass an extremely diverse group, ranging from powerful sorceresses, to scheming politicians, to urbane animals. Therein lies another issue facing the Imagineers charged with designing this new park. Besides simply ‘villains’ what theme would it have? Lairs these characters utilize are every bit as diverse as they are.

What focus then, does this park have? Do you theme this park off of Medieval Europe? Prince John, Maleficent, and Madam Mim would all fit in wonderfully. Dark woods, cabins, and castles would make for a very cool park, and the possibilities are seemingly endless. That would be a place well worth a visit. But then what about those of the animal world, like Shere Khan of The Jungle Book? A more modern park, such as Hollywood Studios, could easily be built with a villains theme. Those of the relatively modern world like Dr. Facilier could fit in. But then what about Ursula, Hades, and Chernabog? A villains park would end up being either a sloppy clip show, or extremely exclusive to a certain niche.

Also, in a realm of characters which includes fire, horns, and scowls; how family friendly could it be? It seems a park themed to the darker side of Disney would not be very child friendly. Reports on the DisBoards which I have seen have indicated that the Haunted Mansion, Its Tough to be a Bug!, and many other attractions can be too startling or scary for families with small children. Since I have never traveled to a Disney park with a small child, I cannot provide any specific insight, but it is certainly a concern to keep in mind.

Perhaps besides an entire park being built, the villains should simply have a greater inclusion in parades (when they return), attractions, and pending projects. They do not have an especially commanding presence on Disney’s dance card at the moment. The fight of good versus evil is highly present in Star Wars: Galaxy’s Edge, and events surrounding Halloween continue to explode in popularity. The Headless Horseman should absolutely be present in the Magic Kingdom and the Fort Wilderness area. If say for instance, the World Showcase were to expand to include a Peru pavilion, I would enthusiastically welcome a trip out of the Andes and into Yzma’s laboratory (Pull the lever, Kronk! Wrong Lever!). But these are parts of larger parks.

The darker side of the world of Disney unquestionably has a place at Walt Disney World. The villains provide a force in stories which make communities worth fighting for and encourage us to root for those such as Prince Phillip. Everyone visits Walt Disney World for different reasons, but one of them is to have a wholesome, magical escape from our melancholic lives. Many of the characters indicated above are the most beloved in Disney fandom.  But these parks should be optimistic, bright, and looking to the future. Decaying castles, black magic, and back room scheming should not be the basis for an entire park. What are your thoughts on a villains-themed fifth gate?