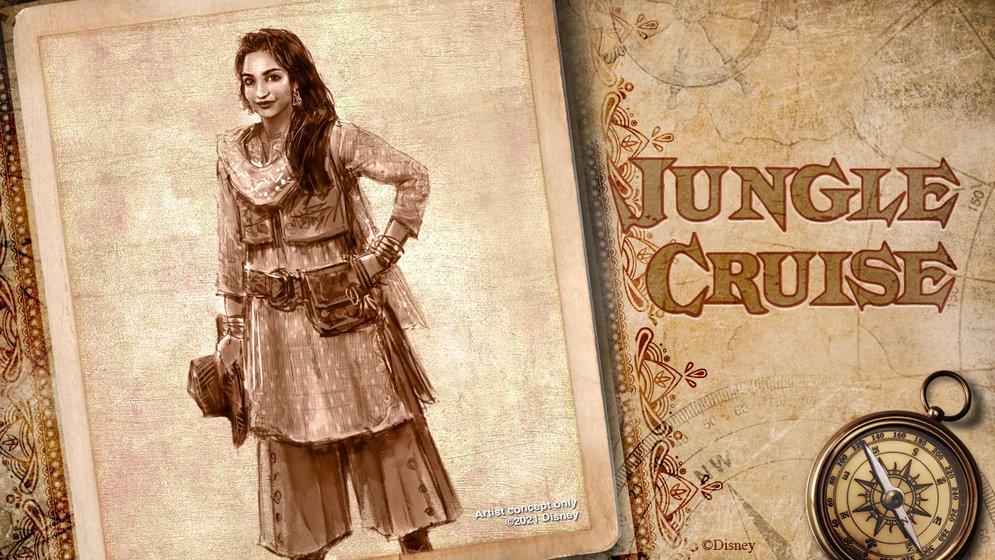 As we covered in January, big changes are coming to Magic Kingdom‘s Jungle Cruise. Today, Disney has revealed additional details regarding the re-theming, including a look at the ever-expanding backstory of the world-famous attraction.

New scenes will be installed in the attraction, allowing new characters to join the story. The scenes will be a part of a cohesive storyline for guests to enjoy. As always, the Jungle Cruise skippers will have something funny to say about what they are experiencing, and Disney has assured us that the jungle, and its animals, will always have the last laugh.

Some of the additional backstory that will be expanded upon is based on the adventures of Alberta Falls, granddaughter of Dr. Albert Falls. Those who have dined at the Jungle Navigation Company LTD Skipper Canteen might recognize Alberta as the proprietor of the establishment.

Above is a copy of a 1938 edition of The Daily Gnus that might just fill in a few details about Alberta Falls and her experiences on the Jungle Cruise.

The re-theming of the attraction remains projected for completion by the end of 2021.