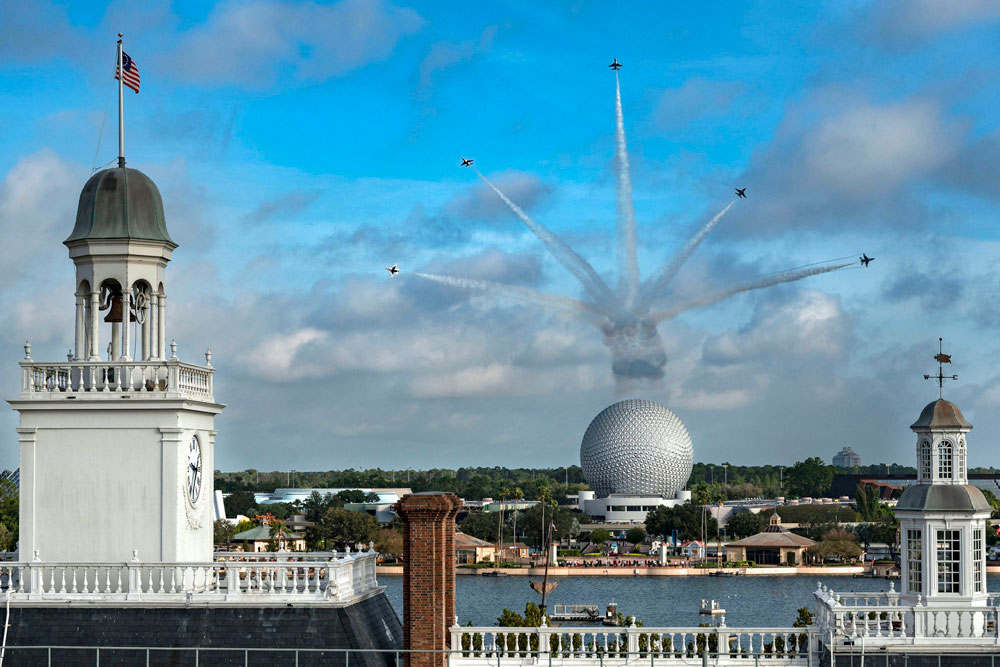 This morning, as part of a tribute video to honor fallen military heroes, guests at EPCOT and the surrounding areas at Walt Disney World were treated to the sights and sounds of the Thunderbirds flying overhead.

Disney did not make an announcement of exactly when or where this flyover would take place; likely to avoid crowds gathering. We’ve seen it happen over Magic Kingdom with the Blue Angels in the past.

Back in December, we learned that the footage of this flyover would be shown at the Gary Sinise Foundation’s virtual Snowball Express conference. This conference supports the children and families of fallen military heroes as well as Gold Star families.