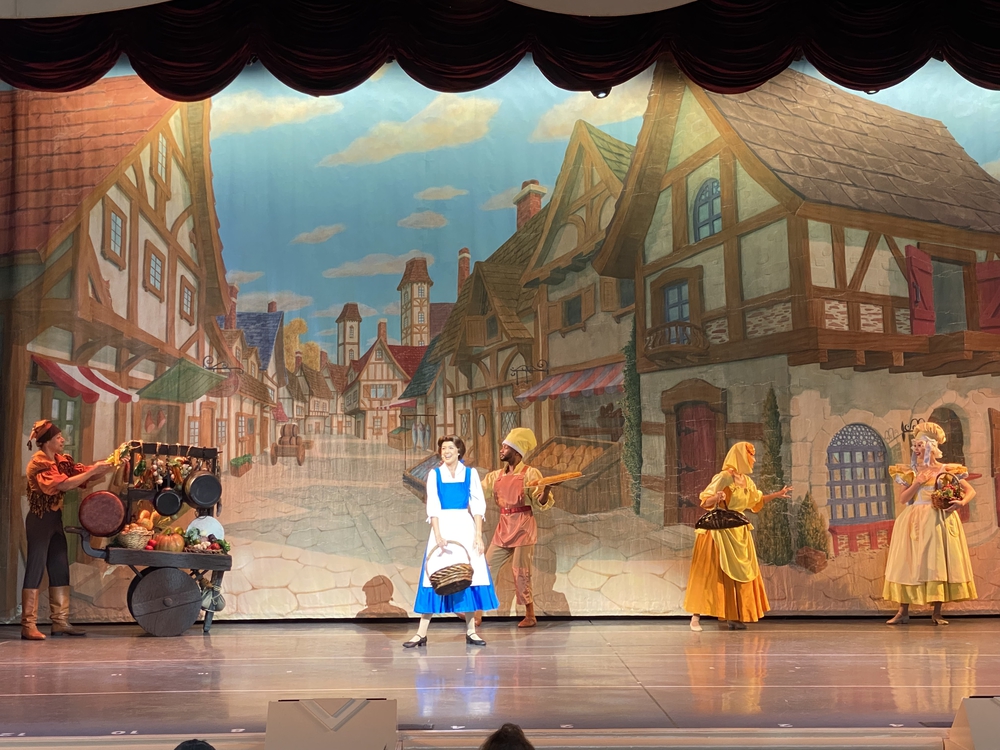 Recently, I have been missing stage shows like Dream Along with Mickey, a throwback I know, and Voyage of the Little Mermaid. Stage shows at Disney are normally done really well, typically having a cohesive storyline, great performers, and catchy tunes. Most of the shows include beloved characters that people of all ages love. Whenever I start to miss stage shows, the wheels in my head start turning and I end up brainstorming a new show.

When I think of creating a new stage show I look to see which Disney shows are on Broadway because I love to see shows at Disney that are that Broadway-level. When looking at those shows, I see which intellectual properties would do well in a certain setting and would also support a large cast. I have a few show ideas, so buckle up my friends. I would love to see a stage show dedicated to Mary Poppins. I saw the Broadway production years ago and I fell in love. I think every Disney fan deserves to see Mary Poppins fly above them. This is a show that can have a large cast, big dance numbers, and plenty of singing opportunities. I would put this show over in Epcot in the United Kingdom pavilion which, I feel, would add something fun and new to the pavilion.

This next one is a spin on a show that used to exist when I was a kid at Animal Kingdom. I would love to see a Pocahontas show that is educational but also entertaining with singing and dancing. The old show was in an outdoor theatre and for this new version I created in my head, I would move it indoors so that the show wouldn’t be affected by the weather. When I envision this show, I see extravagant lighting, an ever-changing set, and puppet work. I would, of course, place this show in Animal Kingdom. I think it would be successful at Rafiki’s Planet Watch or Discovery Island.

I would love to see a stand-up comedy or improv show over at Hollywood Studios. Even though this park is filled with theatre, I think this addition would be great. I envision this show being on an outdoor stage that would allow guests to come and go. This would also allow the guests surrounding the area to hear the routine. I would want this show to have the same feel as the Citizens of Hollywood but in a more formal setting. The costuming would be that old-timey Hollywood vibe that the Citizens of Hollywood had. The stage would be located on Sunset Boulevard, maybe even several stages along the street, and different performances that run throughout the day. I miss having that kind of entertainment at Hollywood Studios and I think it could add a fun atmosphere to Sunset Blvd.

I love brainstorming different ideas for the parks but the sad part is knowing that they might never happen. But you can always hope that something similar could happen one day! I also think that brainstorming different ideas for the parks is a little magical because at that moment you can conjure up anything that you’d like to see in one of the parks. It’s almost like daydreaming.

If you could make a brand new stage show, what would it be?