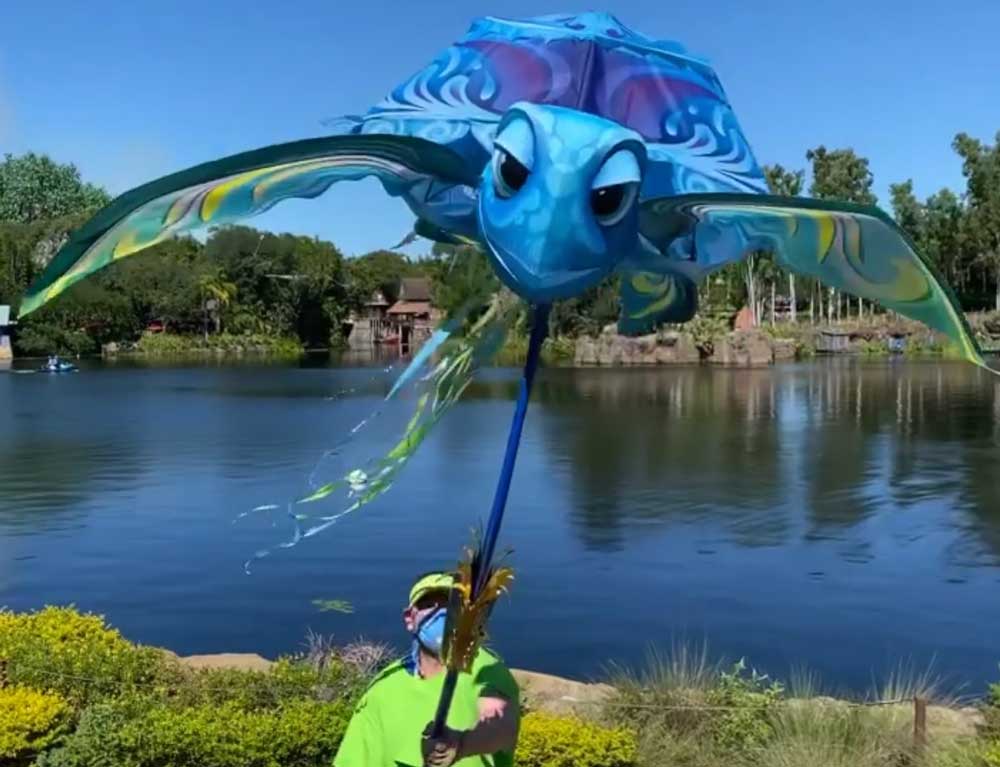 Our very own Craig Williams had the chance to watch a preview performance of the brand new daytime show that’s coming to the Discovery River Theater at Disney’s Animal Kingdom on October 1, 2021.

Disney KiteTails is a combination of elaborate, three-dimensional kites featuring Simba, Zazu, King Louie, and Baloo. There are also windcatchers that will take flight above the river and “dance” to the beat of beloved Disney songs.

Craig said the show felt more like a preshow than the actual show but that the music and performers were great. He also said that the kites were impressive; I’d have to agree on that part! They’re gigantic and brightly colored making for an awesome display.

One of the cool aspects of the show is that there are performers in the audience area with huge puppet-type windcatchers like Crush and Squirt from Finding Nemo, a herd of elephants, and more.

All in all, he recommends that guests catch this show during their Animal Kingdom day – check the My Disney Experience app for showtimes.