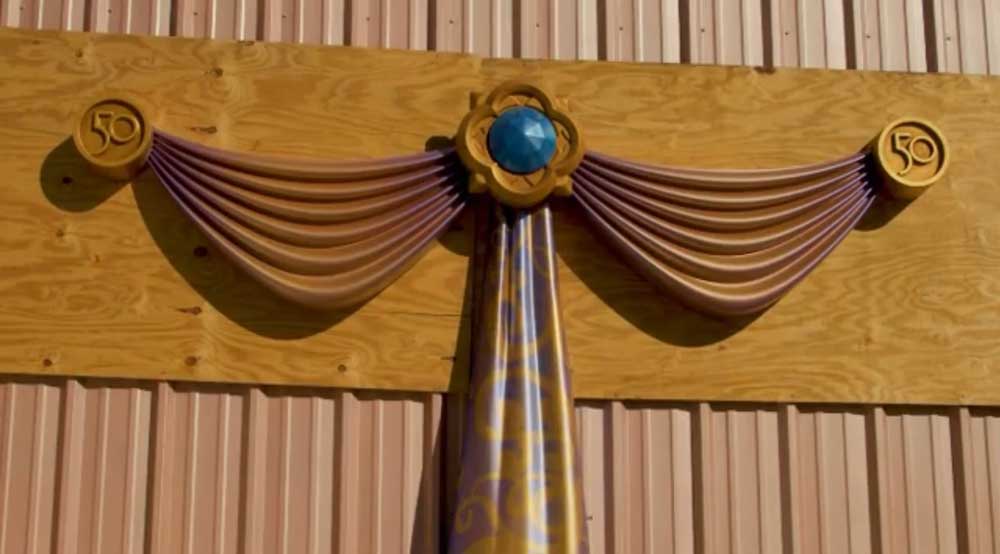 UPDATE 3/11/21: Overnight, one of the décor pieces was installed on Cinderella Castle and Disney Imagineer Zach Riddley shared images!

Disney Imagineer Zach Riddley has once again treated us to a behind-the-scenes peek at the décor that’s being added to Cinderella Castle in Magic Kingdom at Walt Disney World.


As we’ve previously shared, Cinderella Castle will be receiving EARidescent accents such as shimmering jewels and ribbons in royal blues along with shades of gold wrapping the turrets and towers for the 50th Anniversary celebration.

As explained in the Instagram post below, the Disney Imagineers developed the new colors by taking inspiration from Mary Blair’s vision in the classic Cinderella film.