Could an Inside Out Refurbishment Be What Journey Into Imagination With Figment Needs? 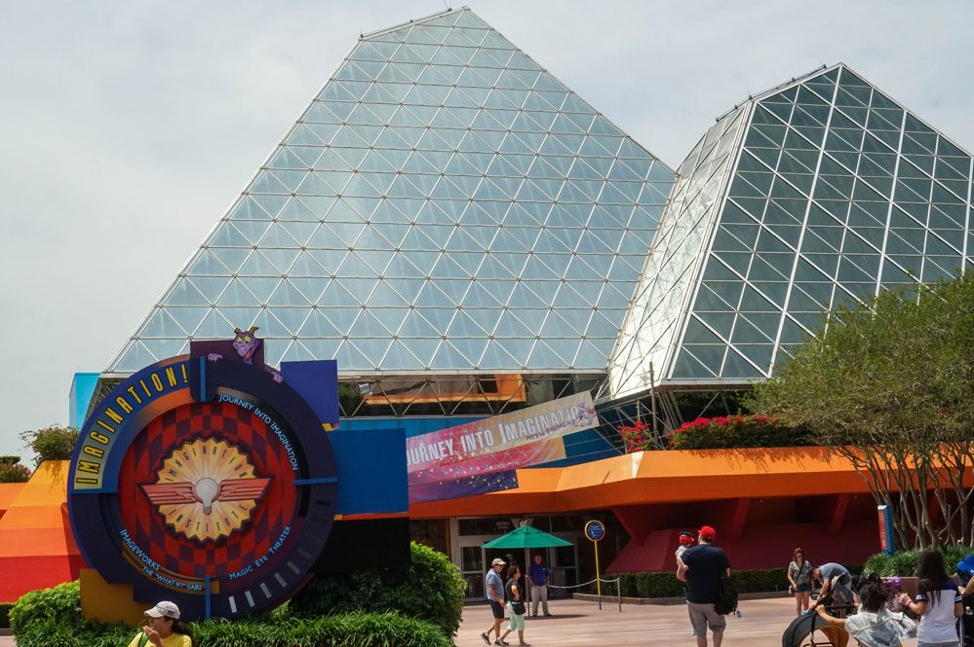 Journey Into Imagination With Figment is a true cult classic located in Epcot’s Future World, tastefully wedged between the Land Pavilion and the World Showcase. What is supposed to be a tour of the senses lab by Dr. Nigel Channing is interrupted by the mischievous Figment, who helps make what might be a dull-but-educational tour of the senses a hilarious ride-through. This attraction is a funny, entertaining and quick jaunt, which ends in a large room with some merchandise and various activities which are primarily enjoyable for children. Journey Into Imagination With Figment is undoubtedly one of my personal favorite attractions in Epcot, and revered by a niche of guests, but entirely overlooked by an appreciable portion. Most of this attraction uses comparatively rudimentary technology, is somewhat silly, and often has the feel of a carnival or boardwalk ride. This attraction could use some re-imagining.

Inside Out, the 2015 largely acclaimed Pixar feature allows one to glance into the brain of the primary character, Riley Anderson. Through five emotions (Joy, Anger, Fear, Disgust, and Sadness), one is transported into a vibrant world which is thrown into chaos. I encourage everyone to watch this film for themselves.  It has been celebrated as visually stunning, succinctly providing a theme with complicated topics, and is seen as a potential Pixar classic.

An Inside Out takeover of this attraction/pavilion could be brilliantly done, and if in fact being considered, it is not hard to see why. As long as Figment is not utterly discarded, that is. The facility where long-term memory is sent to every night could make for a queue which could easily be the most visually stunning on property. The meandering, expansive queue for this attraction currently in existence could be refitted to match the area of long-term memory from the film. Imagination Land could help guests manifest other senses, such as taste and smell.

Those of us on the outside should probably look to avoid armchair Imagineering; however, the possibilities of how this crossover could work are endless and rich. One important point to emphasize is the continued inclusion of Figment. Not only is he a wholesome and beloved character, but he continues to be featured on a wide variety of merchandise. Also, many are concerned that the parks are beginning to become oversaturated with intellectual property, and original material will be tossed aside.

Also, Imagineers charged with this task (hypothetically speaking) would need to think about how this attraction, and any interactive features added to the larger pavilion, would fit into the larger theme of Epcot. The question of a theme of Epcot is a rather sore subject. Is it science, space, sustainability, edutainment? This is another question for Imagineers to tackle, as they look at other changes needed in the park.

One potential snag with what could be superlative integration of intellectual property is the relationship of Bing-Bong and Figment. Bing Bong — the effete, ungainly, but ultimately self-sacrificing character — is absolutely crucial to the plot of the film, and should be a crucial part of any attraction themed to this movie. However, it is quite concerning when one thinks of how this droll character would interact with the conventional but meddlesome Figment. As indicated above, Figment should not be erased from this attraction, but it seems in any potential crossover the question of how the two would coexist would be extraordinarily daunting. Would they exist in an adversarial manner? Would Bing Bong act as a shield against Figment’s antics, or would he fully participate? Where would one even begin, in order to ascertain whether they are Team Figment or Team Bing Bong? While one would expect this issue to be the cause of ample consternation, I have every confidence that the Imagineers would find a way to balance their personality traits.

Journey Into Imagination With Figment is an important part of Epcot, but is in desperate need of refurbishment. As Future World has begun to deteriorate into a sad state of affairs, this is one pavilion which could undergo a hardy reimagining without too much disruption to the park as a whole. A change in focus to Inside Out would be a great way to achieve this complex objective, as long as original property such as Figment is not totally forgotten.