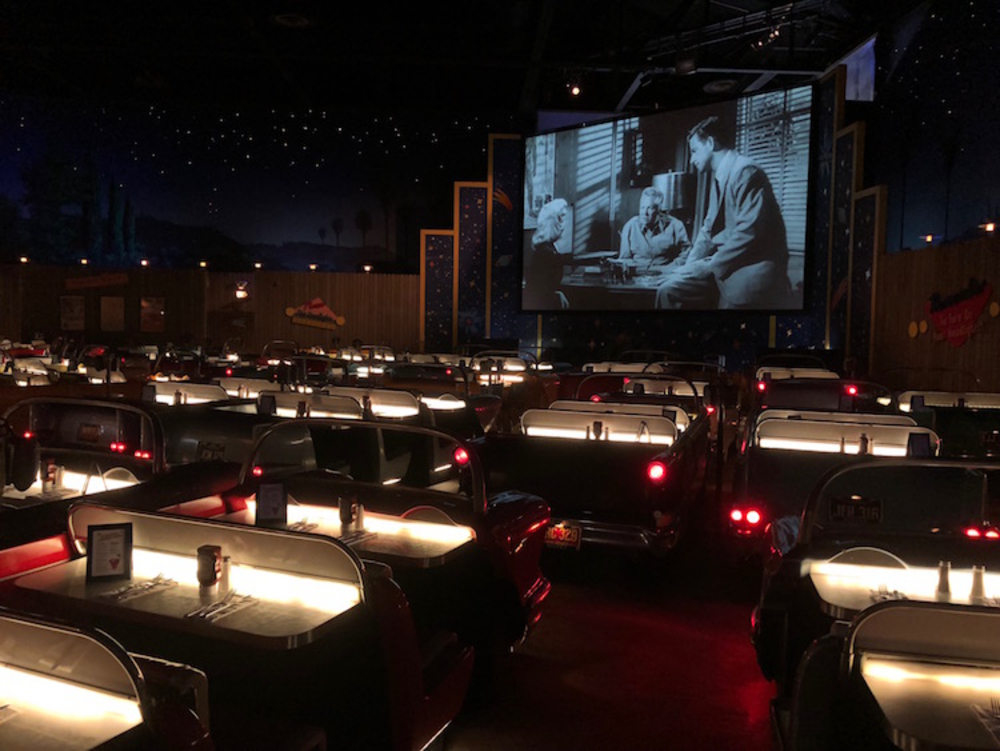 Walt Disney World is always expanding its vegan menu options, which means people like me no longer have to survive off of Mickey pretzels and Dole Whips! Recently, I decided to try my luck at Sci-Fi Dine-In Theater in Disney’s Hollywood Studios.

I had dined there before and had gotten the falafel burger, vegan-ized. This time, they had significantly more options! The first thing I tried was the vegan milkshake. I got the cookies and cream flavor. It was made with soy milk, which isn’t my favorite, and the soy flavor overpowered the cookies and cream. However, it was the same size as the dairy version, and was a very nice milkshake consistency. If you’re a fan of soy milk, I think you’d enjoy it. 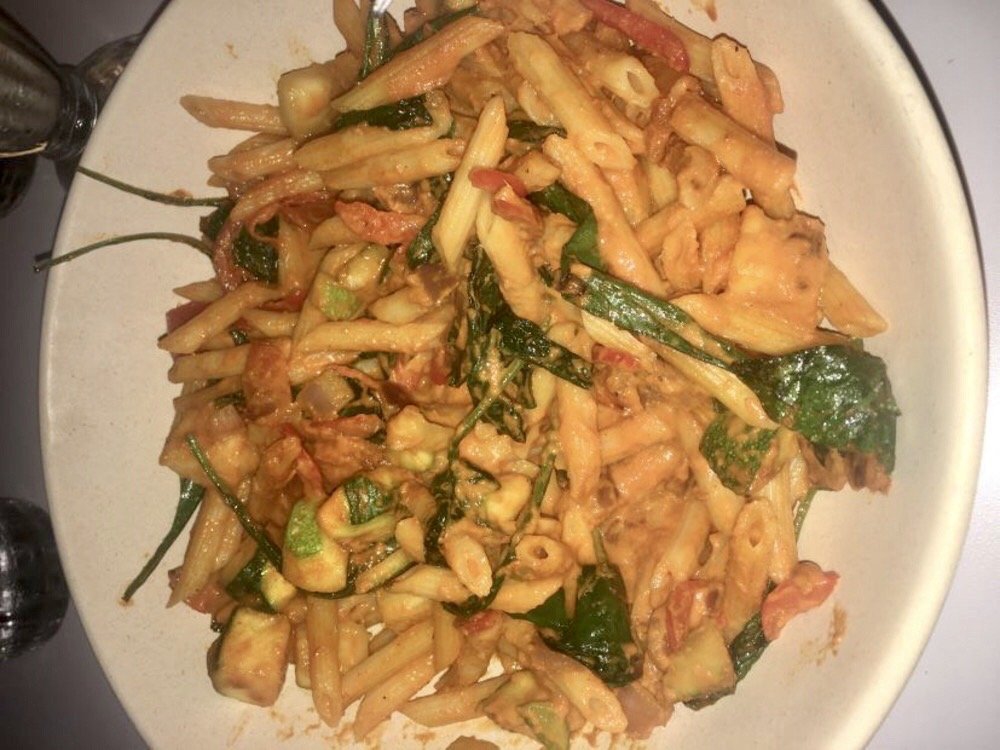 Then, for my main entrée, I got something off of the “secret menu.”  Several restaurants have vegan items that aren’t listed on the menu, so make sure to ask your waiter or waitress what vegan options are offered. Fortunately, my waiter was familiar with all of the vegan options, and I chose a lovely pasta with vegetables in a creamy tomato sauce. My only complaint would be that it needed quite a bit of salt. More seasoning would have made it perfect. The sauce was delicious and the vegetables were cooked perfectly; not to mention the portion size was huge. I was only able to eat about half of it, and took the rest back to heat and eat later. Vegan AND leftovers?  Who could ask for more, especially at Disney?

If I’m not mistaken, there were about 4 or 5 “secret” options total, in addition to the items on the menu that could be prepared vegan. Sci-Fi Dine-In was a favorite of mine prior to my lifestyle change, so I’m very happy that they are still living up to expectations. Overall, I would rate the meal an 8/10, and I will definitely dine there again!