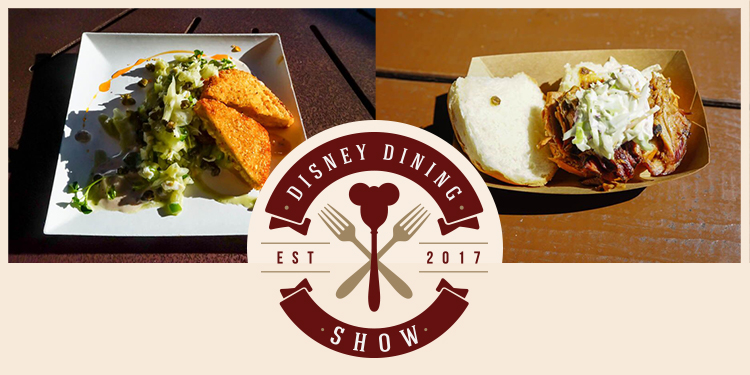 The Epcot International Flower & Garden Festival has returned to Walt Disney World, and as we do every year The DIS team was there for the very first day to check it out. Of course, one of the best parts of the festival is the food and beverage kiosks scattered around the park, which we figured would make for a great episode of The Disney Dining Show.

This episode included me (Steve Porter), Corey Fiasconoro, and Charles Boda. The always brilliant Mr. Boda thought of a creative spin for this episode, which we hope you all enjoy. His idea was that instead of us all picking our own things from the kiosks, that we would instead pick items for each other. This would be a great way for us to try new things and get us out of the routine of staying in our comfort zone.

Another consideration that we included in this episode was that we all only would have $25 to spend on each other. We figured having a $25 budget for each other was a good way to show you, our audience, that these festivals don’t have to be extremely expensive. I’ve easily spent $50 or $60 bucks in a day just on myself in the past, so by putting this restriction on ourselves we really had to start thinking about what dishes seemed worth cutting into that budget for. 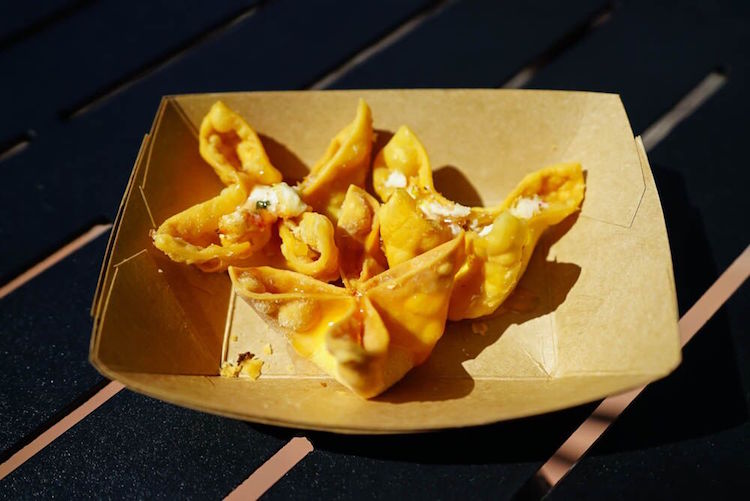 For the most part, this experiment of picking each other’s dishes was successful. For example, at the Lotus House kiosk in the China Pavilion, Charles purchased the House-made Crab and Cheese Wontons for $6.00 for me, which is something I would have never in a million-year bought for myself. Surprisingly they might be the most delicious item I’ve ever had at an Epcot Festival. The wontons had a nice crunch, were cheesy on the inside, and were so flavorful. I will be returning to the Lotus House as soon as possible specifically for these wontons. 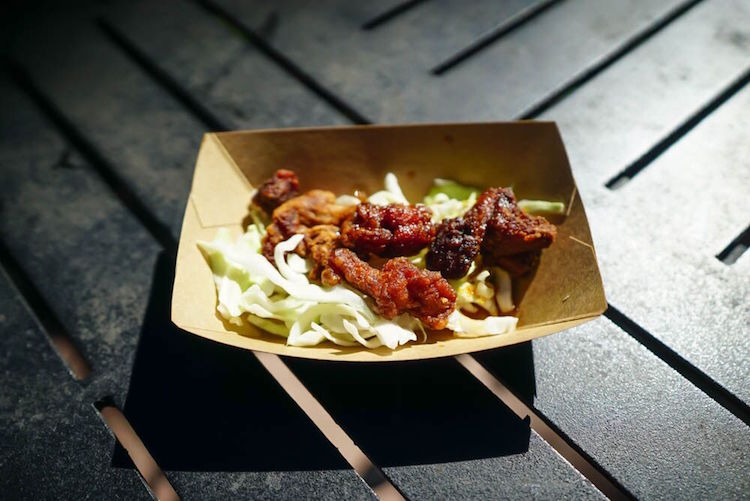 Not everything about this experiment went as smoothly. There were some flops. For example, I purchased the Chicken Karaage with Nanban Sauce from the Hanami kiosk in the Japan Pavilion for Corey Fiasconoro to try. The dish was a Japanese-style fried chicken served on a bed of shredded cabbage and topped with a soy and vinegar dressing for $6.25. Unfortunately, the chicken was very dry, which was disappointing especially because Corey admitted before trying it that it would have been something he would have picked himself. If these had more sauce on them and were cut into bigger pieces this dish would have been so much better. 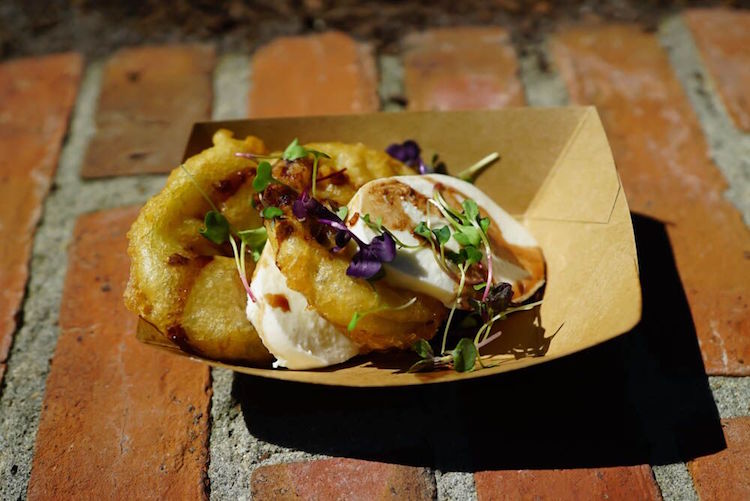 The lines were incredibly long on the first day of the festival. This is not an exaggeration — it might even be understating the length of the line — at the Primavera Kitchen at the Italy Pavilion, Corey Fiasconoro waited about 20 minutes for the Pomodori Verdi e Mozzarella, which was $8.00. After all that waiting, fortunately, the dish was a group favorite. The crunchy fried batter, the juicy tomato, and the delicious fresh mozzarella were an amazing combination of flavor. Despite this being on the higher end, and a big chunk of Corey’s budget it was still a really great choice.

Throughout our day, we had several other dishes including a Pulled Pig Slider, the Harissa Chicken Kebab, a Key Lime Tart, a Griddled Maple Pound Cake, and more. To check out our thoughts on those items check out the video at the top of this page! 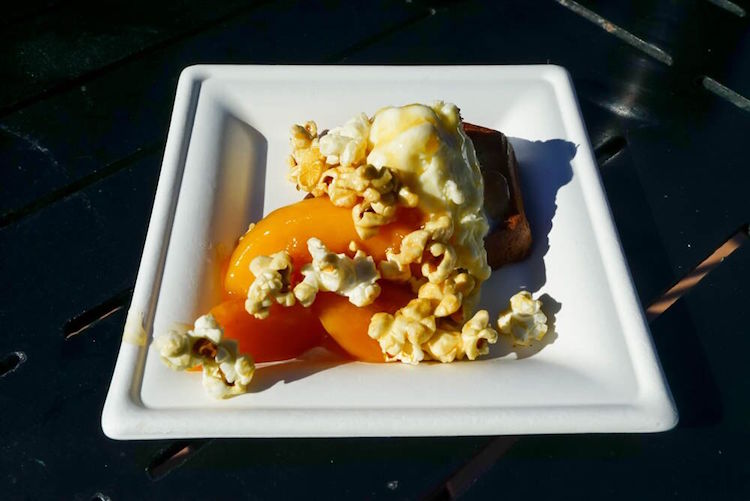 Overall, we had a great first day at the festival, and we really enjoyed picking out food for each other. Honestly, this was a great way to get out of our routine to sample foods we would have not picked for ourselves. If you’ve been the Epcot festivals several times I highly suggest trying this, because it was a lot of fun!