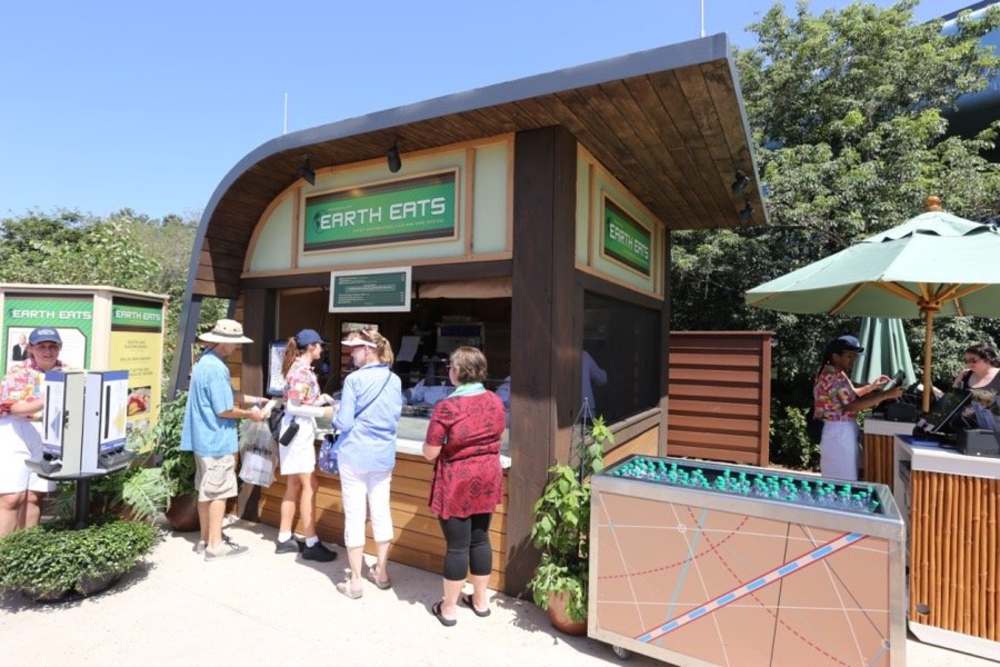 Walt Disney World vacations can be difficult enough with all the advance planning and consideration needed to truly make your time spent in the land of the mouse worthwhile. But what happens when you have the added stress of food restrictions on top of it all? I recently traveled to Walt Disney World with my good friend Aimee, and I wanted to talk with her and get her take on the food we ate while there, and specifically on how Disney is doing with their food allergy programs.

-Can you tell me what exactly your dietary restrictions are? I have EoE, or Eosinophilic Esophagitis. Basically it’s a weird thing where your esophagus will swell up and food will get stuck in it. The food that most exacerbates it for me is gluten or wheat. Basically I’m allergic to both, but EoE affects everyone who has it differently, so I don’t want to speak for absolutely everyone who has it.

-When we decided to go to Disney World, what were your expectations in terms of dining options that would work for you? Well, just in general, going to restaurants is a scary thing for me. So imagine that, but while going on vacation! I googled around a lot and looked at Pinterest (my favorite). A lot of websites and bloggers were saying that Disney would be a great place for people with food allergies, so my expectations were super high. 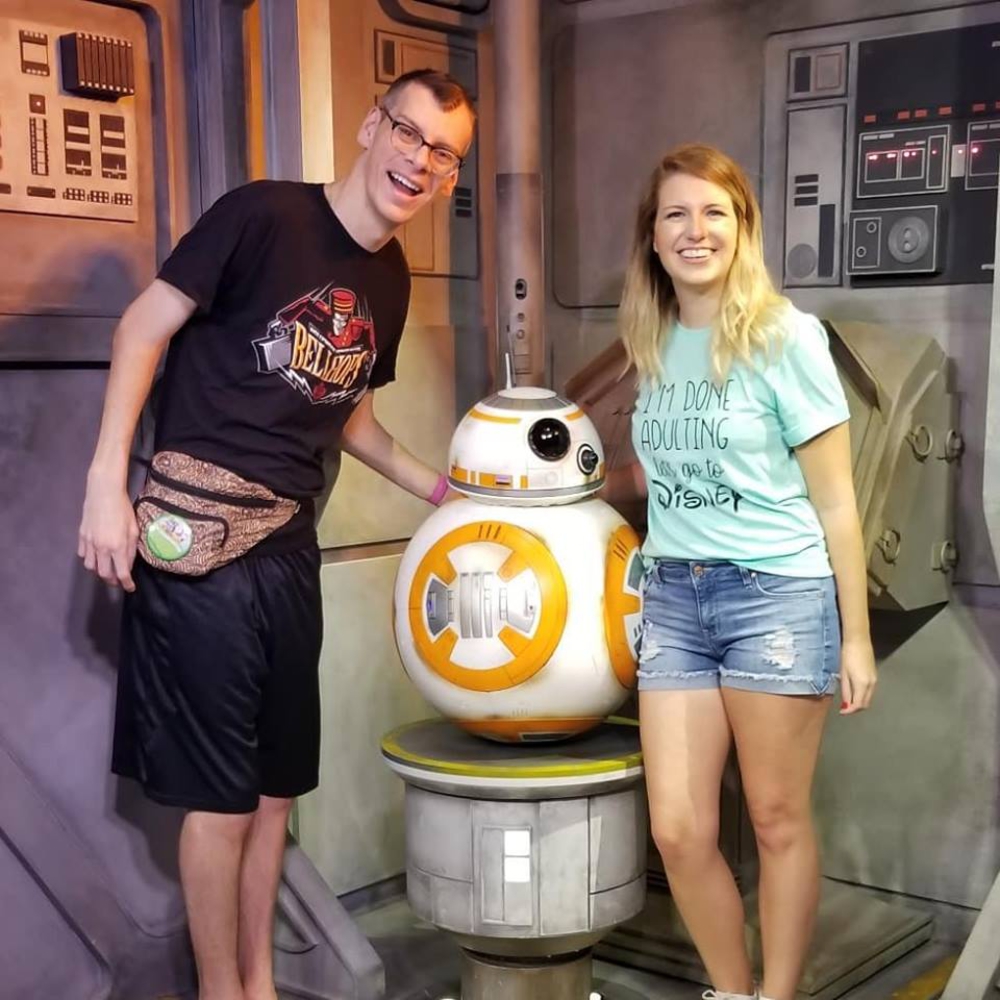 -Did you do any research on Walt Disney World restaurants before our trip? If so, what did you find? Yes, of course I did. I first checked out the Disney website. It felt very much like a wild goose chase, which was somewhat frustrating. They kind of gave the blanket answer of “everyone will be accommodating. Let your server know!” I also checked out Pinterest, which was also very scattered and all over the place. When I actually got into researching and looking for real info, it was lacking. I guess what I was hoping for was straightforward guide that told me “this is what you can eat and where you can find it.” And I did not find that in any of my research. All I really got was the surface level, “Disney is great for people with food allergies!”

-So, did Disney meet your expectations in terms of food? No, they did not. It was very hit or miss. We really didn’t do too many meals at the signature restaurants, but, when we did, they were very accommodating and easy to work with. In terms of quick service, however, it was very rough. I sometimes felt like the Chipotle or random fast food places down the road did better, which isn’t something you want to hear about Disney. I felt that my options were sorely lacking. When I imagine “gluten allergy accommodations”, I think of gluten free options or substitutions for something I want. Think of a hot dog on a gluten free bun instead of a regular hot dog bun. What I found was that a lot of the quick service places were “well, you can’t have the hot dog, but here’s a salad instead.” I don’t want salad for the millionth time, I want the hotdog! 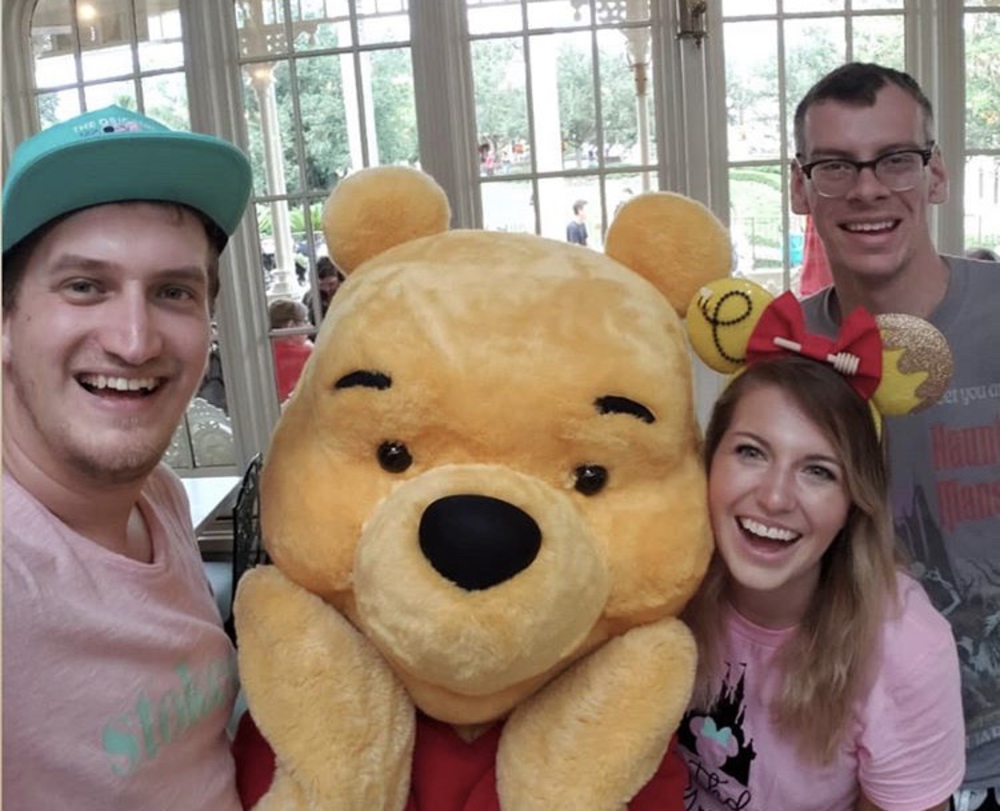 -What were some of the best restaurants in terms of gluten allergy friendly food/preparedness? The best for me was easily The Crystal Palace. They had a lot of substitutions that I was really looking for. They also had rice and almond milk, which was exciting to me since I love both. They had really good gluten free donuts that I was obsessed with, too. The Erin McKenna bakery in Disney Springs was also a good place to go, especially if you’re looking to satisfy your sweet tooth.

-What restaurants would you recommend guests with these types of allergies/restrictions avoid? Quick service restaurants, for sure. It was tough finding a place that was ready and prepared for me and my needs. Managers would have to be called over to help cast members, and, while I appreciated the effort, it definitely took the “quick” out of “quick service dining”, which is one of the main reasons you go to eat in one of those restaurants.

-We also went during the Epcot International Food and Wine Festival. How would you say the Kiosks handled your dietary needs? Does Disney handle these types of restrictions better during their festivals?
Yeah, the kiosks and the festival were amazing in this regard. It was so simple and easy, and I’m not quite sure why Disney doesn’t do this site-wide in their restaurants. Literally all they need is that “GF” logo in all their menus. I felt that they actually had a variation of offers and new and fun foods to try instead of just, again, salad.

-What about Universal? How did they do in your opinion? To be fair, we only were there one day. I’d say their quick service options were on par with Disney’s. At Universal, I mostly just ordered safe basics because I was fed up with asking about gluten free options. In the Jurassic Park restaurant, for lunch, I ordered a salad because I just assumed it was gluten free. They came out (including the chef) because they couldn’t guarantee that it hadn’t been cross contaminated, something you have to worry about with having certain allergies. They were super accommodating and even refunded my salad while they prepared a new one, even though they did nothing wrong and it was my mistake. I really appreciated that concern.
We also went to the Scare-actor buffet for Halloween Horror Nights, and, again, there was a lack of options. I just took the salad, again. The chef was kind enough to take it into his own hands, though, to create a personal meal for me with protein and such that I could eat, as a way to spice up the variety, which I really appreciated.

-Overall, how would you rate the Orlando theme parks for their food accommodations? Where do you see room for improvement? What are they excelling at? I would rate them as very average. I don’t really feel that their restaurants did any better overall than normal run-of-the-mill restaurants, and they definitely didn’t have more options than normal restaurants. I never felt unsafe with my food, but I wouldn’t give them a stellar mark. I think they could really improve with clearly marked menus so those in need wouldn’t necessarily have to talk to the chef or the manager, especially with quick service restaurants. A clearly marked guide on the Disney website would also be nice. Disney is known for their food, and I wanted to be able to plan ahead where and what I wanted to eat, but I couldn’t find a good allergy list online.

I think they really excelled at being aware in-person of what food allergies are and taking them seriously. Sometimes I feel like, at certain restaurants, I have to advocate for myself and for my allergy to be taken seriously. I didn’t feel like I had to worry about that once here. It was nice because these trips are expensive, and one wrong bite could ruin my whole trip.
Overall, I’d say that the thought and consideration is there, but the execution is lacking, and needs more effort.

I came away from my interview with a few thoughts, specifically looking toward the future of Walt Disney World. With the opening of Star Wars: Galaxy’s Edge and the numerous changes and updates coming to the parks, now more than ever would be the perfect time to bring a fresh revamp to allergy menus at the Walt Disney World restaurants. There’s so much that can go wrong in a Disney World vacation. A better program for allergy friendly foods, with standard menus and more variety of food options on those menus, would go a long way toward eliminating one important variable for many who visit on vacation.