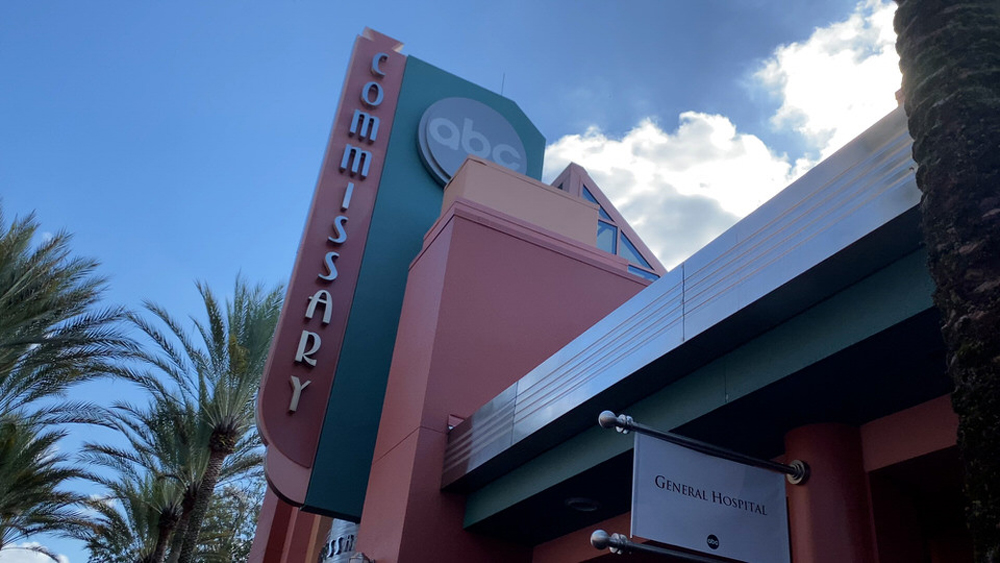 Viewers of our Disney Dining Channel have been asking us to visit ABC Commissary for a bit now, so on his day at Disney’s Hollywood Studios, Craig stopped by for lunch.

Being a huge fan of tacos, he decided to try their Pork Carnitas Tacos. The cost of this dish was $11.49 and is described as Pork Carnitas on Flour Tortillas topped with Avocado Salsa Verde and Pickled Onions served with Mexican Rice and Black Beans with Queso Fresco.

Normally ABC Commissary is a place Craig avoids because it always seems crowded and nothing on the menu jumps out at him, but these tacos are worth giving the restaurant a shot.

He says with the rice and beans, the three tacos are filling for lunch, but maybe not for hungrier individuals. The pork was well-seasoned, but the best flavors on the tacos were the sweet, but acidic pickled onions and the avocado salsa verde that helped balance out the salty pork. The Mexican rice was nothing to write home about, but the black beans were great with the addition of the queso fresco and a bowl of only the black beans would’ve been better.

The strange thing about the restaurant is hot sauce would’ve been nice to have with this dish, but there seemed to be none there. The tacos were good enough to convince him to go back and try other menu items there.

Which quick-service restaurant at Hollywood Studios is your favorite?