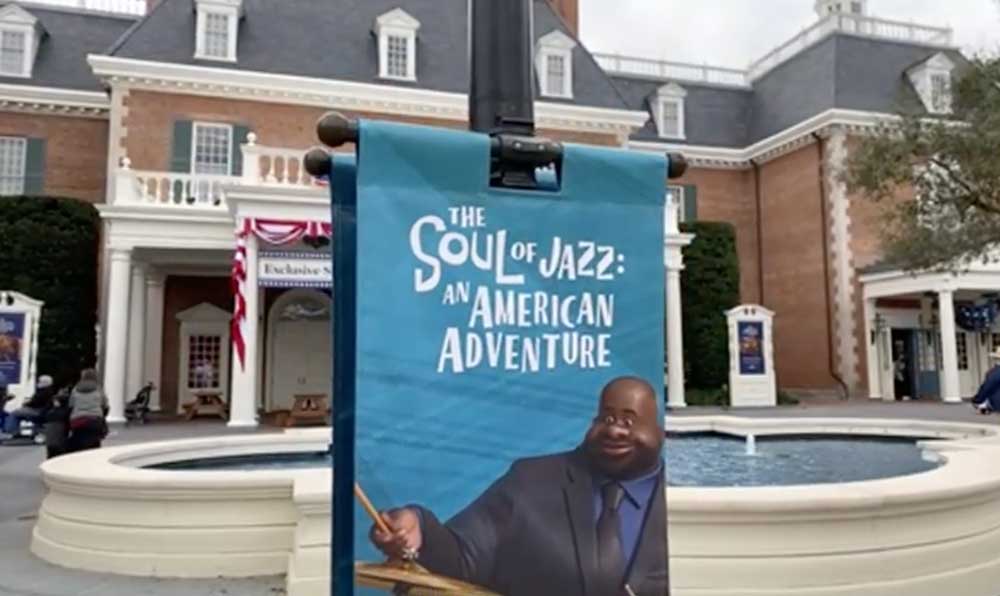 The new exhibit celebrates the distinctly American musical art form and our producer, Craig Williams, had a chance to stop by today to take a look during his livestream.

If you’ve watched Disney and Pixar’s new film Soul that’s streaming now on Disney+, you are sure to recognize Joe Gardner – the musician, mentor and teacher from the film who shares the history of jazz as he takes viewers on a musical tour of several influential American cities throughout the film. Those cities are highlighted in this new exhibit along with artifacts from legendary jazz musicians, including Louis Armstrong.


Artifacts from legendary jazz musicians, including Louis Armstrong, are located within the exhibit as well.


Guests will soon be able to use the Play Disney Parks mobile app to interact with the exhibit and test their own knowledge of jazz, too!

Watch the video below to hear Craig’s thoughts on the exhibit.