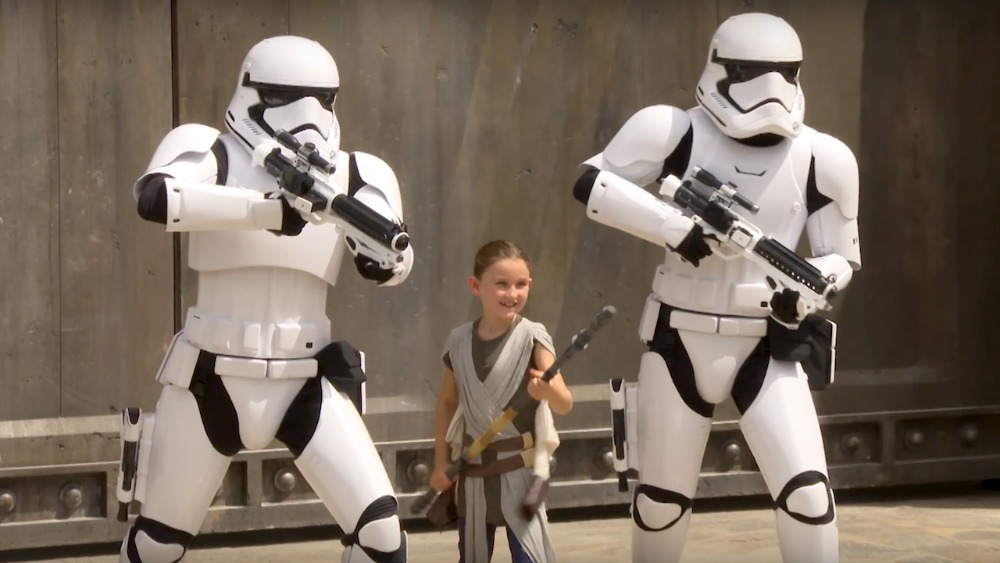 ShareTweetSubscribe
Guests who have had the chance to visit Star Wars: Galaxy’s Edge may have experienced Disney cast members and Star Wars characters interacting as they've never seen before. See, on the planet of Batuu, everyone around you can take part in creating your own story and helping you live your own Star Wars adventure. The Disney cast members you see are actually playing the role of local citizens of Batuu and they've got their own identities and personas in the land. Additionally, each of the cast members is a storyteller with a galactic backstory that enhances every Star Wars adventure. Take a look at the video below to see guests visiting Star Wars: Galaxy's Edge at Disney's Hollywood Studios in Walt Disney World and interacting with the characters on Batuu. If you're speaking Shyriiwook with Chewbacca, meeting up with one of the locals at Oga’s Cantina, or even haggling with a merchant at Black Spire Outpost Marketplace, there’s an adventure awaiting! Source: Disney Parks Blog
ShareTweetSubscribe