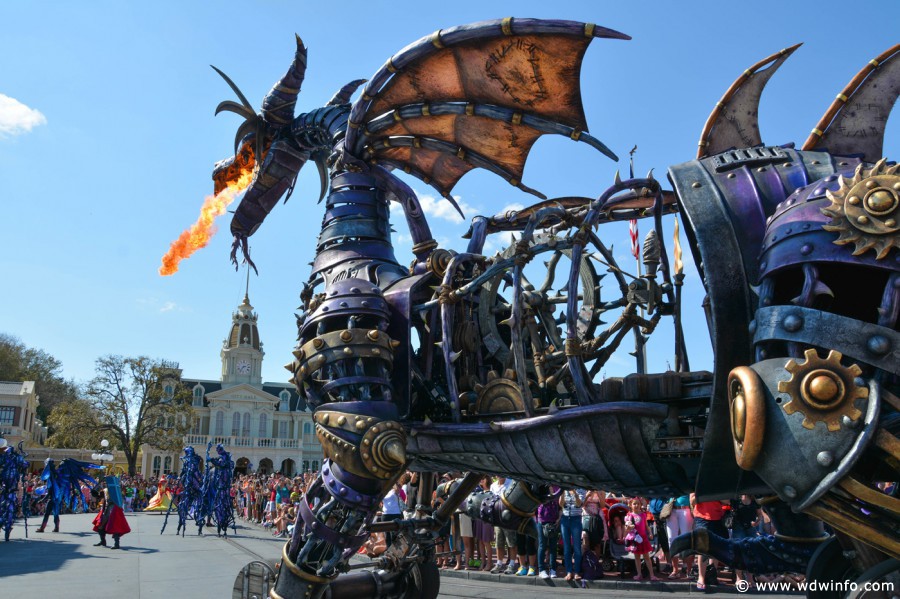 The fire-breathing Maleficent Dragon float in the Festival of Fantasy Parade caught fire in the Magic Kingdom today, May 11. The parade promptly ended and the fire was put out. Fortunately, it is believed that no cast members or guests were injured.

Here was the Maleficent Dragon float after the fire was put out.

It’s all kicking off at the Magic Kingdom! The parade went past us and the mechanical Dragon was all good until it burst into flames! Parade closed and the fire was promptly put out. The dragon was not looking the best after as you can see. pic.twitter.com/6DsWL1NK5M
— Martin MJ (@MartinMJ22) May 11, 2018