Folks do a lot of incredible things for charity. They donate their time, their talents, and most of all their money, in the hopes that someone they’ve never met might have a slightly better day tomorrow than they had today.

A group of people supporting Give Kids the World Village today donated something a little harder to come by: their courage.

Among the numerous events that GKTW hosts to bring hope, comfort, and fun to critically ill children and their families, today’s Over the Edge event is probably the most unique. Over the Edge asks prospective participants — or “edgers” as they like to call them — to collect at least $1,000 in donations for the opportunity to rappel down the side of Orlando’s Hyatt Regency Hotel. 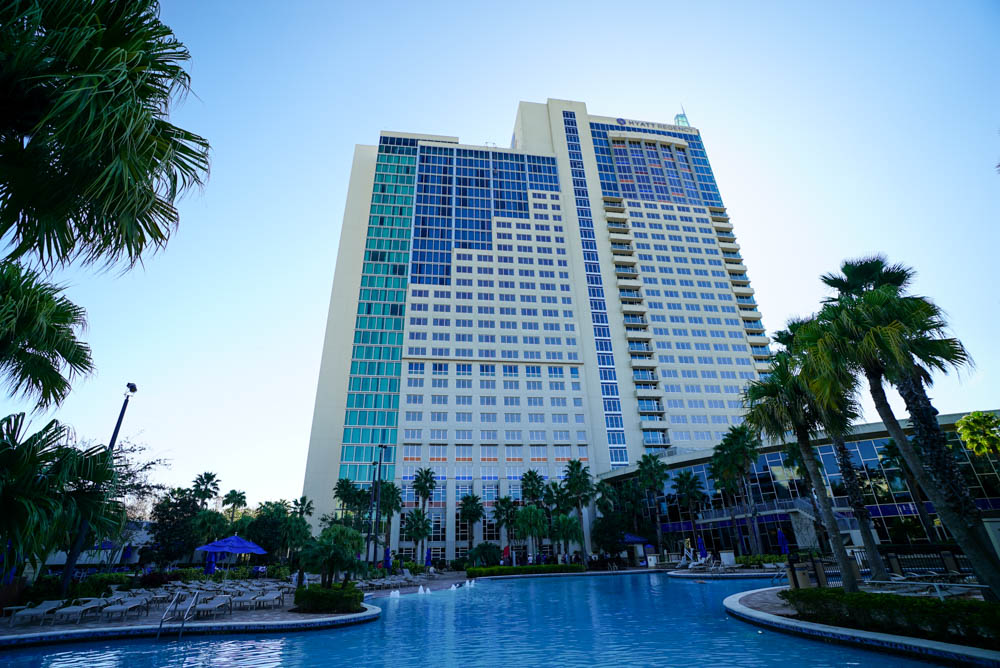 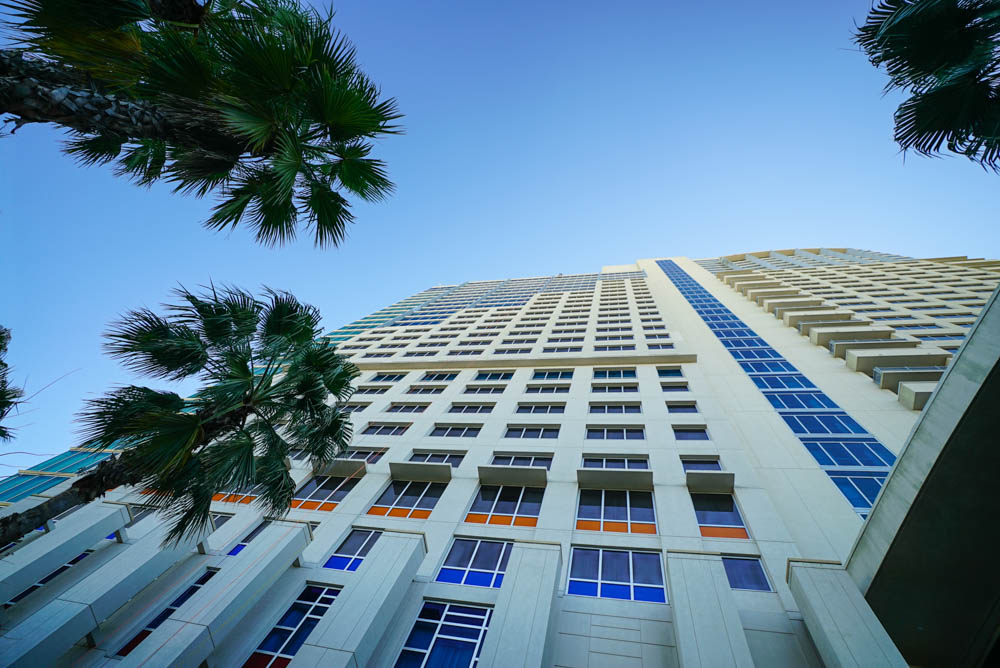 Although we at The DIS jump at the chance to spread awareness of this incredible charity, I never thought it would mean jumping off an actual building. Naturally, if we were to cover this pulse-pounding promotion for our readers we would have to know what these lion-hearted lovers of Give Kids the World Village were going through. So, with a not-so-slight amount of terror and trepidation, I set off to join in on the action and was quickly assured that no jumping off of anything would be involved.

Now I’d never done anything like this before, and I certainly wouldn’t ever describe myself as an adrenaline junkie, so I started my morning off scared. A fact that I let everyone within shouting distance know. One of the benefits of aging is that every day I get a little more comfortable with the idea that I am not, in fact, incredibly tough and fearless.

So, how did I cope with this fear and pull together the guts to climb 400 feet down a building with little more than a rope and a prayer?

Well, I can thank Give Kids the World for that.

First off, the competence and compassion of everyone involved in this event lifted my spirits significantly. Everyone cared. They cared about my safety, they cared about the event, and they cared about the cause — truly and deeply. There was no way I wasn’t making it to the bottom in the same condition I was in at the top. I found a much more important source of inspiration there as well, something to put everything in perspective.

You see, my fear, and that of any of the other edgers as anxious as myself, was only symbolic. I had to be brave for around ten minutes, tell myself I did a nice thing to spread awareness for a charity I care about, and call it a day. I’d get follow-up texts from friends proclaiming their pride. Somewhere down the line, while sitting at a table where folks are comparing the exciting things they’ve done in their life, as most of us are guilty of at some point, I’ll be able to pull this little courageous gem from my pocket. A little bit of bravery in a controlled environment — one big payoff.

The children and families that Give Kids the World Village helps do not have that luxury. They don’t get to be brave for an instant and reap the rewards for a lifetime. Their courage isn’t a choice, it’s a necessity. They don’t get to put it away at the end of the day and pat themselves on the back for a job well done.

Sometimes we think of bravery in grand gestures, fears instantly conquered and dangers averted. The movies get it wrong. Courage rarely works that way. The most courageous acts often involve simply taking another step forward. Being faced with impossible odds and heartbreaking truths, yet still getting out of bed, going to work, scheduling appointments, speaking with doctors, being present for your family, and just keeping it together for one moment longer than you think you can.

By focusing on the hope and courage of those families, getting off that edge was much easier than I could have ever imagined. Once I was off, the experience was incredible. With a once-in-a-lifetime view, a pleasant breeze at my back, and a crowd of well-wishers cheering me on, I was absolutely thrilled that I’d mustered the guts to do it.

I kind of wish I’d had hung there and enjoyed it a bit longer. Luckily, Give Kids the World will be having more of these events in the near future (this was their second year hosting Over the Edge so far). According to GKTW CEO Pamela Landwirth, registration for the next one could be as soon as next month, with the possibility of new and exciting locations to conquer. 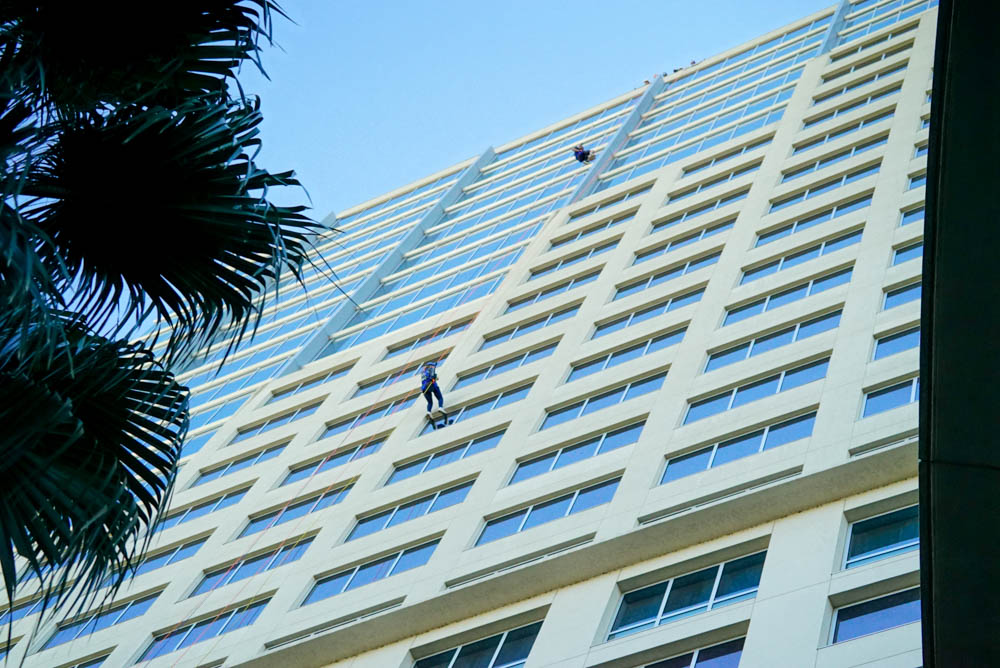 It’s unique and exciting events like these that help Give Kids the World do what they do: give a much needed reprieve to those courageous children and families I was just speaking of. They cover everything from food and lodging to transportation and medical care, all while hosting special events for their guests and giving them access to Orlando’s world famous theme parks and attractions. They give them time to stop being brave, and just be a regular family for a little while.

So if you’d like to test your own courage, or would just enjoy a little high-rise fun in your life, I cannot recommend this experience enough. If you are even slightly considering it — do it! You get to do something brave while in safe hands, have some legitimately hardcore fun, and spread awareness of an unparalleled organization that helps those who don’t just visit courage but actually live it every day. It’s a win-win-win.

Not into thrill-seeking? No worries; the entire point of this is getting donations toward Give Kids the World. You can donate on behalf of The DIS HERE to show some support for my not-so-graceful fear conquering (don’t make me grow as a person for nothing), or just donate directly to the amazing organization right HERE.

There are also plenty of fun and enjoyable events that don’t require a rush of adrenaline — you can check those out right HERE.

As Disney fans, make sure to give a look at the upcoming An Evening with Ron Logan. This February 19th event will give guests an opportunity to get inside accounts of the creation of Illuminations, Fantasmic!, and more from an inside source. Ron served as the Executive Vice President and Executive Producer of Walt Disney Entertainment, and he’ll be sharing his experiences and insight on the amazing shows he had a hand in producing. It’s a must for lovers of Disney entertainment!

Bravery is to be admired, but even that noble trait isn’t as important as kindness or compassion. Follow those links above to donate, and we’ll do our best to keep you apprised of all GKTW’s upcoming events. 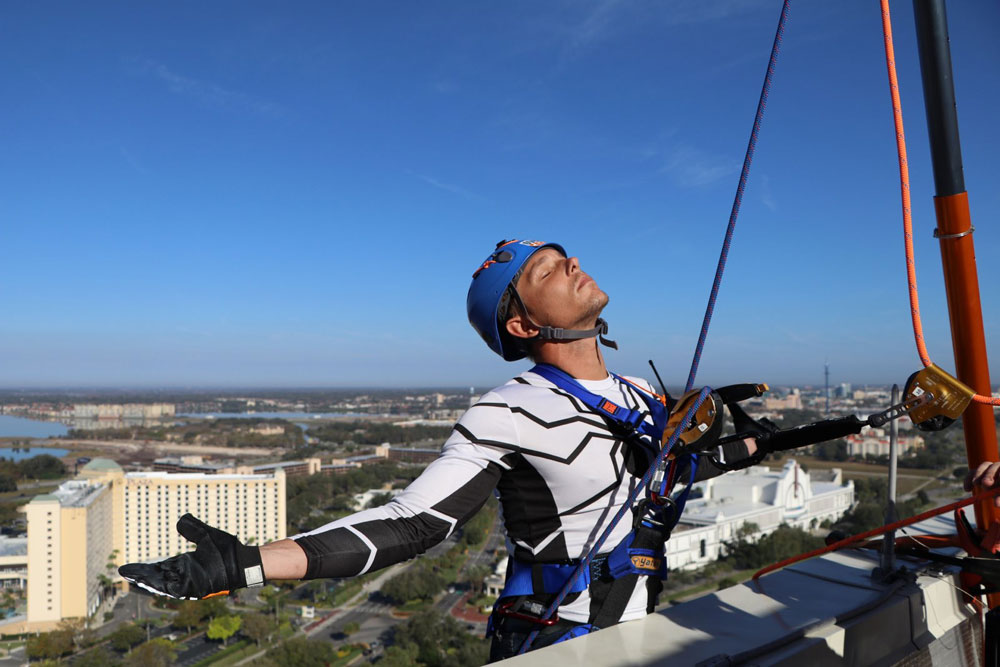