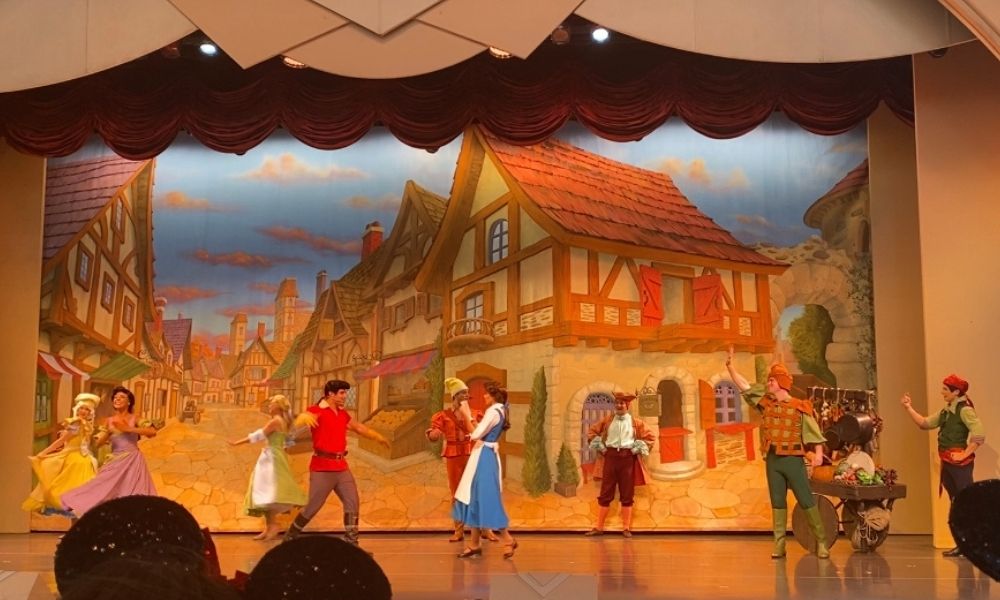 Beauty & The Beast Live on Stage, according to the My Disney Experience app, will have you swept away into a romantic fairy tale of the Beast who could only be saved by love in this lavish Broadway-style musical. I love this show so much, so I went to see it when it reopened at Hollywood Studios on August 15th, 2021. When the show reopened, there were many noticeable changes. The cast was smaller, the dancers were far apart on stage, and Belle had to keep her distance from the Beast. That version of the show looked awkward, but they had to follow the Covid-19 guidelines to make the show happen.

On May 23rd, 2022, I saw the show and noticed some changes had been made to the show. It looked like a full cast on stage which I hadn’t seen in a while. Seeing the stage full of performers made my heart so happy and no more awkward distance between each performer made the scenes look better. The best update was seeing Belle and the Beast get to interact throughout the show because that chemistry was missing when I had first seen the show back in August. The ending section during the Beast transformation looks so much better because Belle isn’t lying 6 feet away anymore; she is right next to him. Then at the very end, with the outfit change into the yellow dress and blue suit, they are revealed hand in hand and can stand side by side to end the show.

By the end of the show, I had tears because my heart was so happy to see a full cast, Belle and the Beast interacting and having the entire show back. This gives me hope that Voyage of The Little Mermaid will be back soon; Disney, I’m begging you.

Are you happy to see these changes? Let us know in the comments.