The Best Of Hollywood Studios 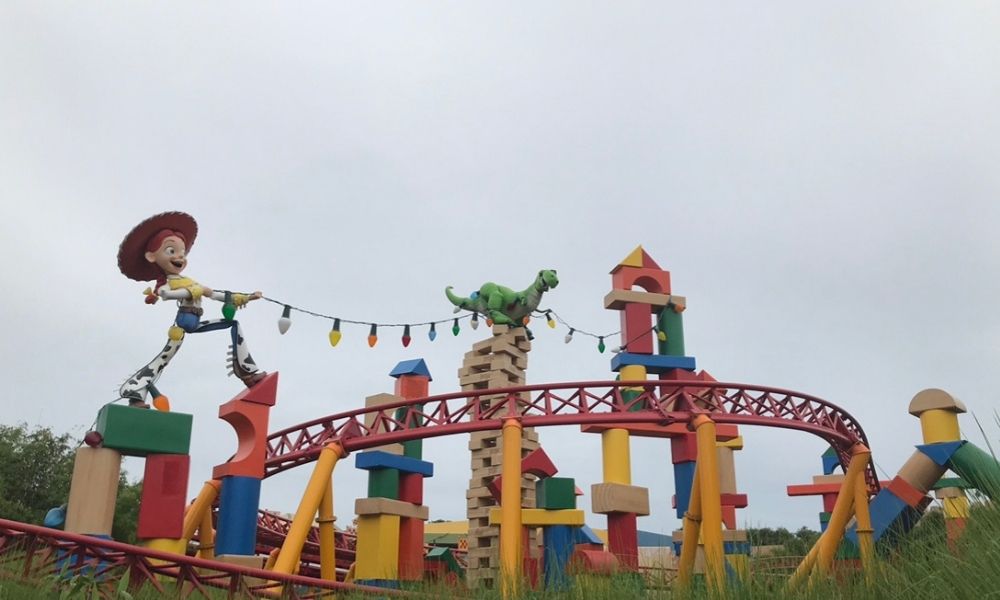 I guess this is the moment where I admit that Hollywood Studios is my second favorite park and it almost became tied with my beloved Epcot. I have a strong love for Star Wars, so as Galaxy’s Edge was being built, I let everyone know that Epcot might have to move to spot number two. Epcot has somehow managed to hold that first place spot. After the revamp of Hollywood Studios, there are plenty of must-dos that deserve to be named the best.

Hollywood Studios has undergone a massive transformation over the past few years and has become almost unrecognizable in some areas like Galaxy’s Edge and Toy Story Land. These transformations helped attract more guests to the park and gave returning guests things to look forward to on their next vacation. Arguably the best attraction at Walt Disney World lives at Hollywood Studios, Rise of the Resistance. Rise of the Resistance is a perfect example of Disney being amazing at storytelling and creating immersive experiences. My family recently visited, and they don’t know anything about Star Wars other than lightsabers are cool. I got them in line and on the ride before their Hollywood Studios day was over. Even though they knew nothing about Star Wars, they were still blown away after getting off the attraction. Another best of Hollywood Studios is the Twilight Zone Tower of Terror. This attraction embodies the look and feels of the original Hollywood Studios, and many will argue that it’s the park’s icon. This attraction has the best queue in the park; there are so many details, and the Cast Members here are always in character. If you don’t like drop tower rides, at least join your family in the queue. I promise you won’t want to miss it. Next in the attraction category is Slinky Dog Dash. Slinky Dog Dash is such a fun coaster that the whole family can enjoy. I can’t leave out Mickey and Minnie’s Runaway Railway because this attraction has fantastic technology and is brand new. This unique attraction has a catchy song and is great for the whole family. The kiddos will love this attraction showcasing Mickey and Minnie Mouse.

Hollywood Studios, before the pandemic, had the best live shows. Not all of them have returned; I’m looking at you, Voyage of The Little Mermaid. Beauty and the Beast Live on Stage is a great show filled with music from the movie, favorite characters, and Broadway-style dance scenes. The only downside to this show is that it is outside, so there is a lack of air conditioning, but at least the seating area is covered. Indiana Jones Stunt Spectacular, Frozen Sing-Along Celebration, and Disney Junior Play and Dance! are the other shows at the park. Indiana Jones Stunt Spectacular is definitely in second place for best performance at Hollywood Studios.

I have struggled with food at Hollywood Studios because I haven’t found a place that blows me away. This could be because I have never eaten at The Hollywood Brown Derby. On social media, on youtube, and in articles, I always hear that this is the best dining location at Hollywood Studios. It’s my dream to eat here one day to experience what everyone else has raved about. I always thought that Sci-Fi Dine-In and the ABC Commissary were the best food locations at Hollywood Studios because that’s where my family would take me each visit. Out of those two, I think the ABC Commissary deserves to be on the best list because, in recent years, the menu has gone through changes and always seems to have a variety of foods. Having a large variety of options is excellent for a quick service because everyone in the traveling party will likely find something to eat. Another best is Oga’s Cantina over in Galaxy’s Edge. People love this location so much, especially Star Wars fans; if you aren’t a Star Wars fan but want a bar experience, head on over to BaseLine Tap House, located across the street from PizzeRizzo. Docking Bay 7 is a fantastic quick service location in Galaxy’s Edge. I have never had a bad experience here, and I love that there is an outdoor seating area attached to the restaurant. It’s not a menu filled with much variety, but if you like fried chicken, pork ribs, and stir fry, you might find something on this menu that you enjoy.

Honorable mentions, aka my favorite things at Hollywood Studios that people may disagree with. Rock ‘n’ Roller Coaster Starring Aerosmith is my favorite attraction. I think it’s a fun and exciting attraction, especially for pre-teens entering the era of wanting to ride more thrilling rides. Woody’s Lunch Box is a place I love, even if I can never find a place to sit to eat my food. This location is perfect for one of those random days where it’s chilly outside because you can’t go wrong with a grilled cheese sandwich and tomato soup on a cold day while Slinky Dog zooms by.

What are your must-dos at Hollywood Studios? Let us know in the comments.