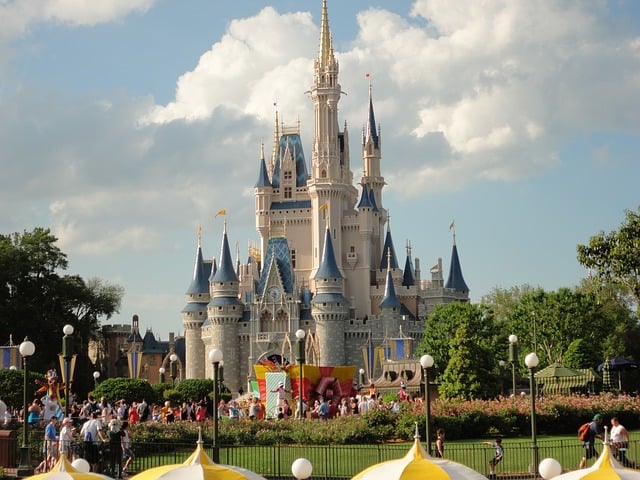 Walt Disney World is exhausting. It’s also thrilling, memorable, and exceptionally unique, all in one trip. But it’s still exhausting, especially if you’re like me and hit the parks nearly every day for a week.

We’ve all been there. We’ve finished a great first day at Walt Disney World, sat down on our hotel bed with a drink in hand, simultaneously trying to remember all the great experiences you had that day. You’re also trying to figure out how you’re going to physically stand up and do it all again the next day.

The answer is to train. Not train in the idea of hitting the gym or the treadmill, but train to get your legs, shoulders, arms, and feet physically prepared for taking on Disney. Here are a few tips I’ve picked up to ensure my body feels ready at the beginning and end of a trip to the Most Magical Place on Earth.

Start early and be consistent

You wouldn’t start training for a marathon a week before the race (at least you shouldn’t), so getting physically ready for Walt Disney World should be no different. I recommend starting your routine a month out from your trip. Doing this allows time for your body to get used to the increased activity, which is something many people don’t account for when starting to train.

Your body will likely need time to adjust to the exercise you’ll be doing, and the first week may force you to sit out a day or so before getting back out there. That’s okay! Starting early gives you the flexibility to try not to rush through the training right before a trip and kill your body at a critical time.

Here’s a quick 4-week schedule of activity I used before my last trip:

Week 2: 4 days of training, 1.5 hours of collective walking per training day with at least 30 minutes at one time

Week 3: 5 days of training, 2 hours of collective walking per training day with at least 45 minutes at one time

Week 4: 5 days of training, 1.5 hours of collective walking per training day with at least 30 minutes at one time

This was the minimum I committed to training, and I often exceeded my targets. But one important part of the schedule was to ease up a bit the week before the trip. You wouldn’t go all out during a practice the day before a big game, so why would you do the same before taking on Disney?

This schedule can be stretched out to 6 and 8 weeks, but the key is to listen to your body throughout the process. You want to get your body prepared through consistency, and try not to overdo it to the point where you hurt yourself a couple of days before your trip.

Get in those steps

I run marathons and half marathons every year and I still get tired midway through a Walt Disney World park day if I haven’t trained. You’re simply walking way more than usual, which is quite different than training to run for two or four-hour races. I traveled to Walt Disney World two weeks after running my first half marathon, and I was exhausted after the first day at the Magic Kingdom. It wasn’t that I didn’t have the stamina to get through the day. It was that my body was training for something else completely prior to Disney and, by day 2 at the parks, my body was stiff and I was faced with some added stress on the trip that could have been avoided.

You need to get those steps in. How many? It depends. Anyone who has walked each of the Disney parks knows that they vary greatly in size. My last trip ranged from 15,000 to 21,000 steps per day over my 6 days on property. Here’s the step breakdown:

It’s important to note that these step counts are based on me chasing around two children under five and pushing a sleeping toddler in a stroller for an extra 30 minutes per day to get them to sleep longer. I was still back on the bus to my resort by 7:00pm for an early bedtime. But, overall, I was still walking eight to ten miles per day for 6 days straight.

I’d recommend training to hit at least 10,000 steps per day two weeks prior to stepping foot in the parks, but would push for 12,000-15,000 during a couple of days during those weeks. You can track this using a pedometer, fitness tracker (i.e. Fitbit), the Health app on the iPhone, or even count your steps during a set route and just repeat the route. At the end of the day, get those steps in while you can.

However you will be traveling through the parks, train with that in mind. Are you bringing a backpack? What’s in it? Will you be traveling with a stroller? To properly prepare for Disney, your body needs to know what kind of weight or accessories you will be bringing with you.

By Week 3 of my most recent training, I was dedicating some of my walking to include pushing a stroller and wearing a backpack that was slightly weighted down by bottles of water. There were times I would even put my four-year-old on my shoulders and walk part of the way like that. My son assured me that he wouldn’t need carrying while at the parks, but, come on, we both knew the kid would end up on my shoulders at some point (as the photo above proves), and I needed to be prepared for it.

And, don’t forget about your footwear selections. Wear what you plan on wearing before heading to Disney. Whether it’s flip flops, running shoes, or even a cute pair of high heels (definitely not recommended but I have seen it and I have nothing but respect), train with them on as much as you can. If it’s the middle of winter where you are, clean them up a bit and wear them inside around the house. It’ll make a big difference to work in your shoes a bit before walking nearly 10 miles a day in them.

Train for the weather

Speaking of winter, I live in Canada. It gets cold here – a lot. It can be hard to get weather-ready for a trip to Central Florida in the middle of February. This is naturally a challenge either in the winter or the summer. Our summers, while hot, are not 97-degree days with an added layer of sweat-induced misery known as Florida humidity.

It can sound like a punishment created by your worst enemy, but to train for this kind of shift in weather means trying to walk with added layers to get your temperature up. This isn’t necessarily to get your body ready for the heat, because that simply isn’t possible unless you live somewhere like the surface of the Sun, but it’s to see how your body reacts to long walks with an elevated body temperature and the impact it has on your muscles.

For example, two weeks before my last trip to Walt Disney World in August, I walked in jeans during my training outings when it was already 85-degrees. I didn’t do it everyday, but this was important because this was going to be my first August trip to Central Florida as an adult and I didn’t know how my body would react to walking that much and for that long in the heat.

It was not the most pleasant experience in the world, but it made me realize I needed to bring a cooling towel with me to the parks. Those little pieces of information make a big difference in preparing for an active trip like taking on Disney World.

Final thought: Work in a rest day during your trip

This isn’t quite a training tip, but, if possible, work in a rest day during your week. Hang out by the pool, do some shopping, anything to ease up your walking and standing in line. You could see from the breakdown of my week of steps on-property that I had a non-park day at Disney Springs and at my hotel. I still clocked more than 15,000 steps due to having two little ones to entertain, but it was less taxing on my body.

The day of semi-rest gave me a little added bounce in my step the next day and let my shoulders ease up a bit from not traveling around with a backpack for more than 10 hours straight.

Be sure to have some fun when training, too. Bring your kids, partner, or friends along. It can be part of your trip countdown ritual for future trips. It will make the training go by faster and make it – dare I say – enjoyable.

These are just some of the training tips for a visit to Walt Disney World. What are your favorite ways to get ready to take on the parks? I’d love to hear them!