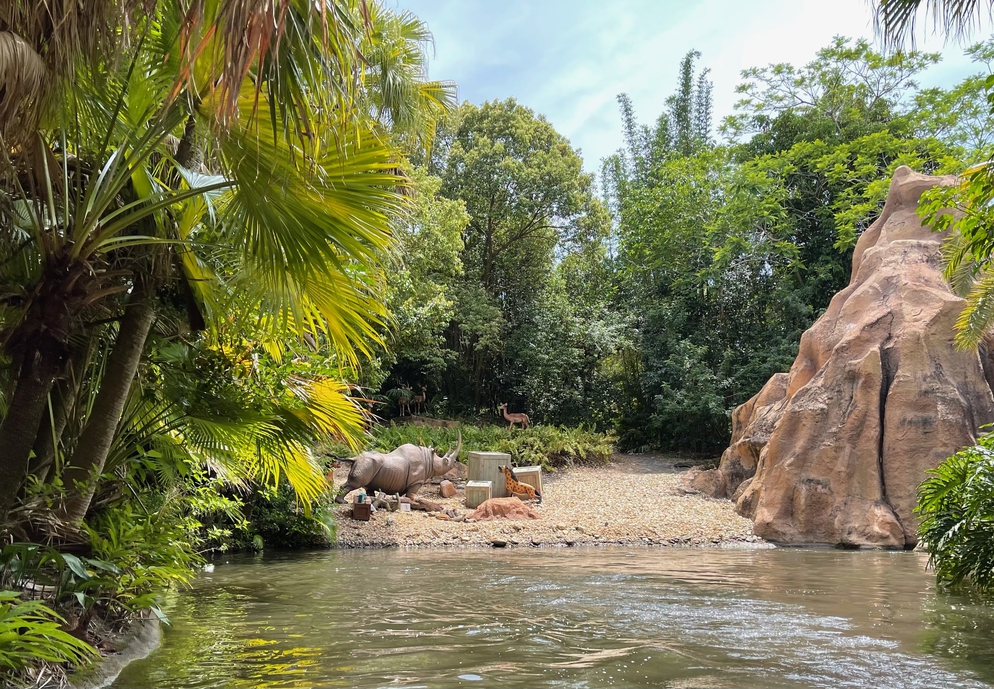 As we recently reported, some of the changes slated for Magic Kingdom‘s Jungle Cruise are currently underway. Thankfully, the transformation is occurring a bit at a time, allowing the attraction to remain open while subtractions and additions are made. On a recent trip along the Jungle Cruise rivers, we noticed a few of the changes.

The adventure group that’s normally getting the point in the end has been removed, as has the pole that they’re seen climbing. As we know from the artist’s renderings and details that have been released of the attraction’s new enhancements, this pole will be replaced and new characters will be displayed as part of the scene.

On a trip through the jungle earlier in the week, Craig took a picture (above) of the scene as it originally appeared.

As we passed the scene today, the skipper explained that the confused rhino appeared to be looking for a bit of attention. Large crates have been added to the scene.

At this time, Trader Sam is also missing from the attraction. Sam formerly stood making his offer to the occupants of each boat near the end of the attraction. His entire scene has been removed, and it appears that a base for new show elements is now being installed. Camouflage fabric covers what remains in the space.

We’ll continue to keep you informed as changes are made along the Jungle Cruise riverbanks.