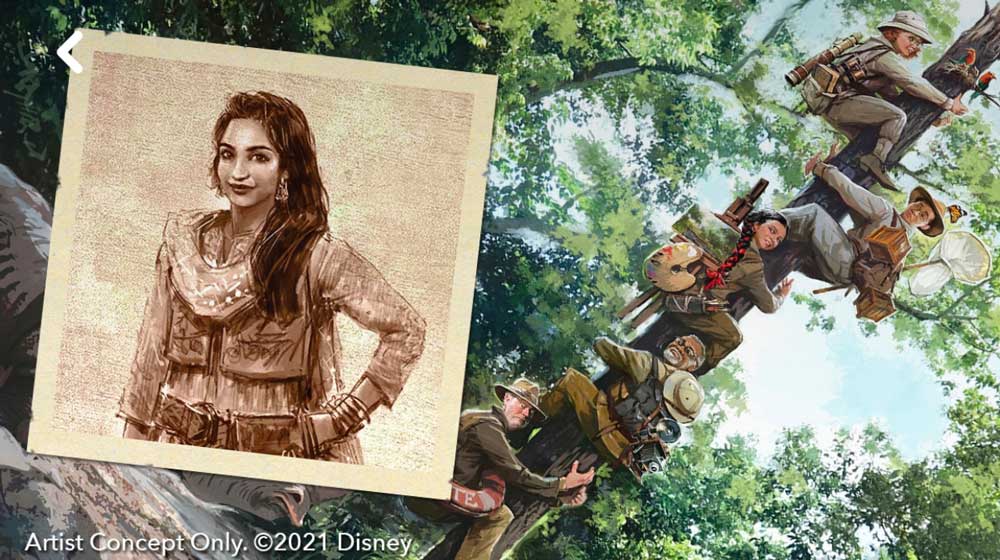 UPDATE 5/26/21: Disney has announced that Disneyland’s Jungle Cruise attraction is set to reopen on July 16, 2021. Additionally, a new look has been shared of Trader Sam’s newest venture. He has turned the new Lost & Found into a gift shop which will be conveniently located at the end of the attraction.

As we learned earlier this year, big changes are coming to the Jungle Cruise attraction in both Magic Kingdom at Walt Disney World and Disneyland.

Last month, we shared the backstory on Alberta Falls, who is not only the daughter of Dr. Albert Falls Jr, but she’s also the Proprietor of the Jungle Navigation Company. You can learn more about her in this article.

In an artist’s rendering that we shared back in January (pictured above), you may notice something new and different about the five unfortunate folks who ran up the rhino pole. Disney has shared a little bit of a backstory on each one of those folks who we can expect to see once they make their way into the familiar scene later this year.

Read below to learn more about each of these new characters!