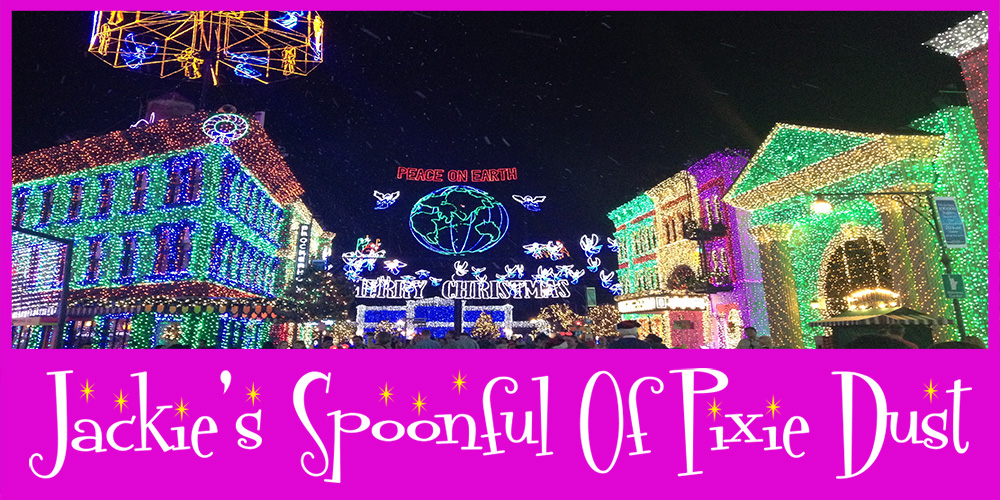 It’s such an interesting time right now with so many of us staying at home. For those of you who don’t work from home on a regular basis, you might be having a bit of a challenge keeping yourself occupied. I am loving that the Hallmark Channel has been showing Christmas movies during this difficult time. The holidays are such a wonderful time of the year and who cares if it’s almost April, right?

Over the weekend, I was looking through the photo albums on my camera roll and scrolled past some photos that I’d taken when my family visited the Osborne Spectacle of Dancing Lights that used to be on display at Disney’s Hollywood Studios during the holiday season. As most of you know, the Streets of New York were mostly torn down to make way for Star Wars: Galaxy’s Edge years ago and the gorgeous display was no more; the last year they were lit up was 2015.

Now, I’ve actually only seen the lights twice, but I was so enamored by them and I really missed them last year – I know they’ve been gone for several years but I don’t necessarily visit the theme parks every holiday season. I absolutely love the way Disney’s Hollywood Studios has transformed their Christmas decorations – the vintage style really floats my boat and it’s probably my favorite theme park at the holidays next to Magic Kingdom.

My first time seeing the display was during my training weekend for the Disney Parks Moms Panel. Being there with a group of folks who were basically hand-picked by Disney to help share the magic was so Pixie Dusted in the first place and seeing such a beautiful sight with such special people was super magical.

The following year, I just had to bring my family and show them – that was way back in 2013. We didn’t get back down to see the display again before it was dismantled, but I am so glad to have the memories. When I was there with my family, we had dinner at Mama Melrose’s Ristorante Italiano before the lights were turned on for the evening and it was such a great way to kick off the fun. My daughter even made a pretend snow angel on the little hill just outside of It’s A Wonderful Shop.

I have to say, the cherry on top for me was the fact that it “snowed” periodically as you walked around. Of course, I realize that the “snow” isn’t real, but the fact that I’m from Seattle and haven’t seen actual snow in almost ten years, I don’t care what it’s made of because the sight of it falling gracefully amid millions of colored Christmas lights was more magical than anything I could ever imagine.

Please share your fond memories of the Osborne Family Spectacle of Dancing Lights in the comments!