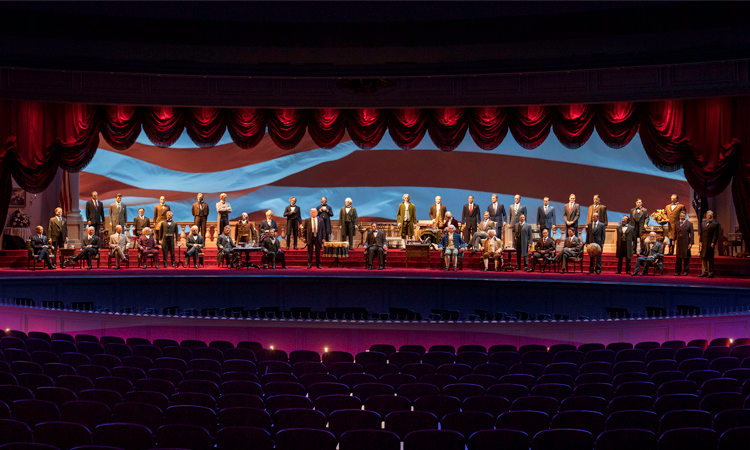 Over the past year, there have been rumors, drama, and tension surrounding the opening of the Hall of Presidents in the Magic Kingdom at Walt Disney World with the addition of our current President Donald Trump. Throughout all of this, it is often overlooked that this show goes on for about 19 or 20 minutes before the current President of the United States even says a word, and yet leading up to the opening of the attraction the two-minute speech by President Donald Trump got all the attention.

Regardless of whether you love President Donald Trump or hate him, I felt the current iteration of the show isn’t as strong as the previous version. This has nothing to do with President Donald Trump, or his part in the new version of the show, but it was the 19 minutes leading up to his speech that I have a problem with. I would feel the exact same way if this new iteration had been with Hilary Clinton, Bernie Sanders, or whomever. Again, to be very clear, my frustration with this new show has nothing to do with the President Trump part, but Disney’s poor job creating an inspiring story.

The Hall of Presidents tells a story of the American Presidents, but also of the American spirit. Historically, the 19 to 20-minute film leading up to the grand reveal of all the audio-animatronic Presidents gave me goosebumps, but the story in its current iteration felt hollow. The narration previously voiced by Morgan Freeman has been replaced, and the new narrator just feels bland and uninspired.

The Hall of Presidents has always done a great job connecting people with the history of the Presidency, but this new version feels more like a boring history lesson at school. I am all for kids learning on their Disney vacation, but that doesn’t mean Disney should throw out their ability to tell a great story. There is nothing wrong with the animation, graphics, and imagery, in fact I thought most of it was very well done, but it is the script that needs to be re-written.

The show has been closed for a year, and I wouldn’t propose that Disney shut it down again to make any major changes, but changing the script and adding a new narrator is something Disney could change and replace without ever having to close the attraction. This fairly small change would make a huge difference. Although it is unlikely that Disney will make this change, I feel strongly that they should.

There is a lot that can and will be said about President Donald Trump’s audio animatronic. This short little assessment wasn’t meant to dissect that part of the show at all. Judging and reviewing the show off the current President can get subjective and clearly political, so I won’t even go there.

Again, this is all one man’s opinion. Decide for yourself. I have no hurt feelings if anyone disagrees with me; I hope you do, because this show is an iconic attraction at Walt Disney World that deserves the best.