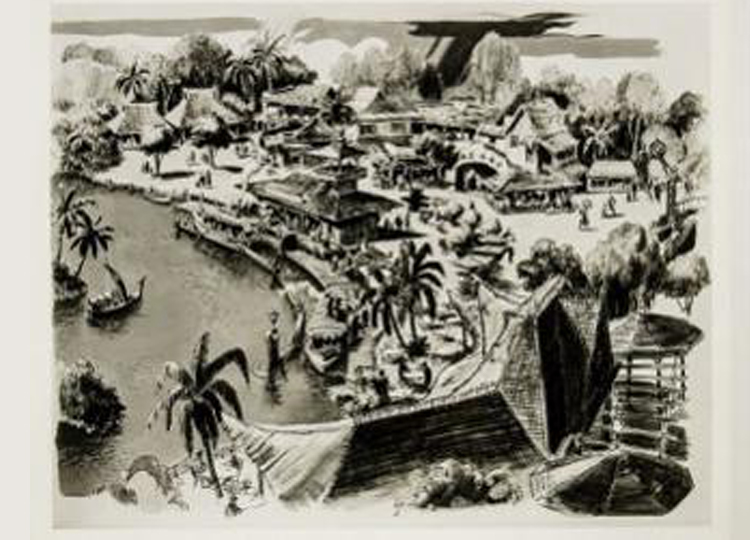 The 1954 Disneyland prospectus was a 14-page booklet of images and information that was used to promote the park to prospective investors before it opened. The auction held at Van Eaton Galleries has hosted many Disneyana events including The Story of Disneyland, Collecting Disney, and Walt Disney’s Disneyland. Next year the auction’s theme will be items from the Happiest Place on Earth.