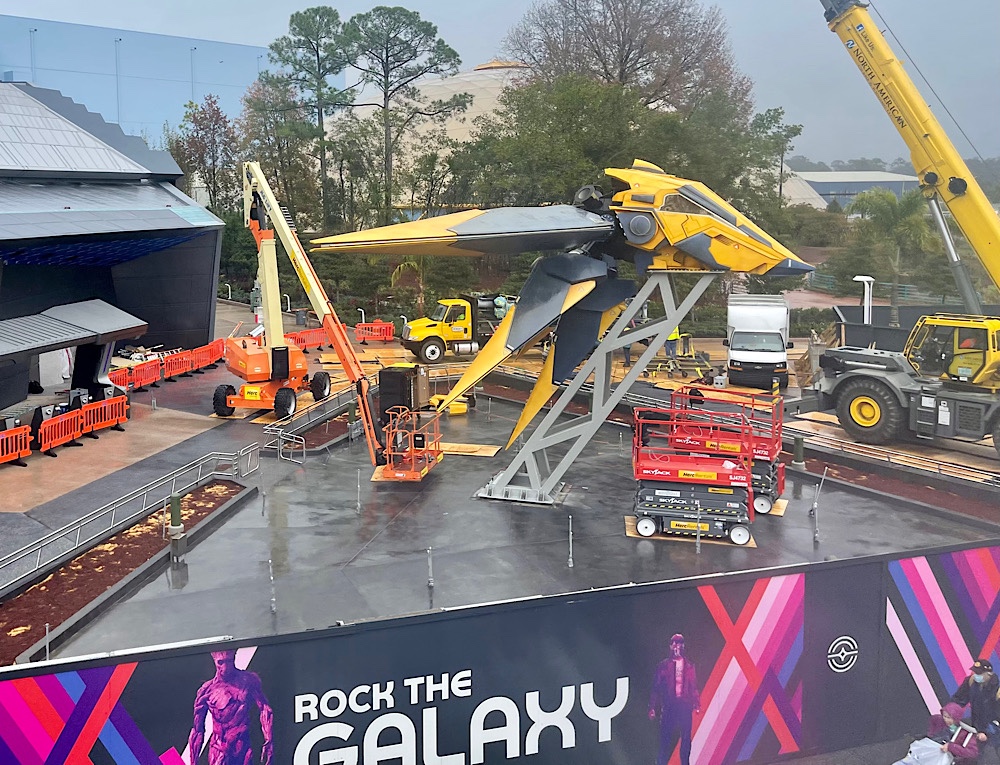 Earlier this week, Jackie shared Imagineer Zach Riddley’s Instagram pictures of what will eventually be a 51-foot tall Nova Corps Starblaster, and it was so exciting to see that the very first pieces had been put into place. Being a huge Guardians of the Galaxy fan, I had to head over to EPCOT and see the ship for myself.

I really wasn’t expecting the guttural reaction that I had to seeing this partially-formed ship that I had only previously seen in the movies now made reality. I got misty-eyed standing there trying to take in what I was seeing, and I geeked out completely, if I’m being honest. The ship is everything it should be, and it was imagination come to life.

It’s hard to properly picture how large the ship is until you are standing near it. The thing is massive, and as it continues to be pieced together, will only become more so. As a fan of both the Marvel Cinematic Universe and the Disney parks, I’m in love. The Imagineers have hit this one out of the park and the ship isn’t even complete yet.

I wasn’t expecting the detail work on the back of the ship, but it seems that no detail was missed. Coming or going, this gigantic pavilion icon will be something of which you and I will want a gazillion pictures.

The gray skies of this cold and rainy day only helped to highlight the bright yellow of the Xandarian ship.

Does seeing the Starblaster get you more excited for the attraction to open this summer? Will snapping a pic or thirty be on your must-do list? Me? Yes and yes. I was already excited, and now I’m even more so. Standing near something like this makes me thankful to be a Disney parks fan. We can debate all the monetarily-based decisions being made another day. For now, I’m going to revel in the childlike joy that fandom brings.