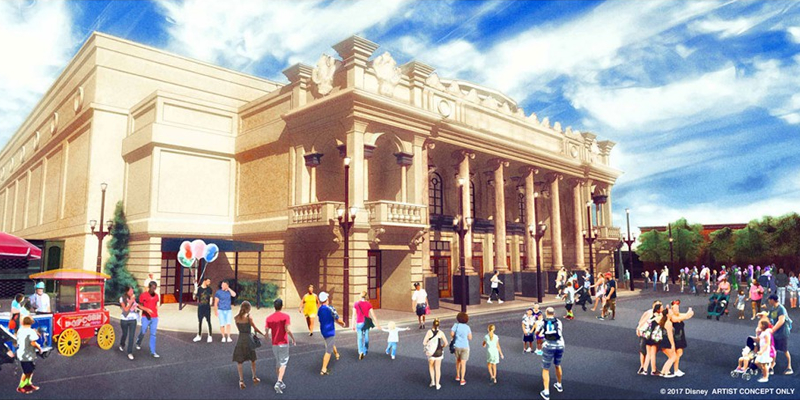 At the 2017 D23 Expo, there was an announcement made about a new theater coming to Main Street, U.S.A. inside Magic Kingdom Park. The theater was said to be based on the iconic Willis Wood theater in 1920s Kansas City, where Walt lived after he left Marceline.

Additional details were supposed to follow, but we haven’t heard a thing about it until a rumor was started today on DISboards.com saying that the project has been canceled.

Of course, this information has not been confirmed by Disney and should be taken as a rumor until it is, but our posters are providing some of their own speculation over on the boards.

Some folks think there might be a budget issue where others think it could have more to do with crowd control letting out a theater full of guests into an already crowded Main Street, U.S.A.

What are your thoughts? Let us know in the comments below or head over to the Disney Rumors and News forum at DISboards.com, look for the thread entitled, “Main Street Theater project canceled?” and join in on the discussion.