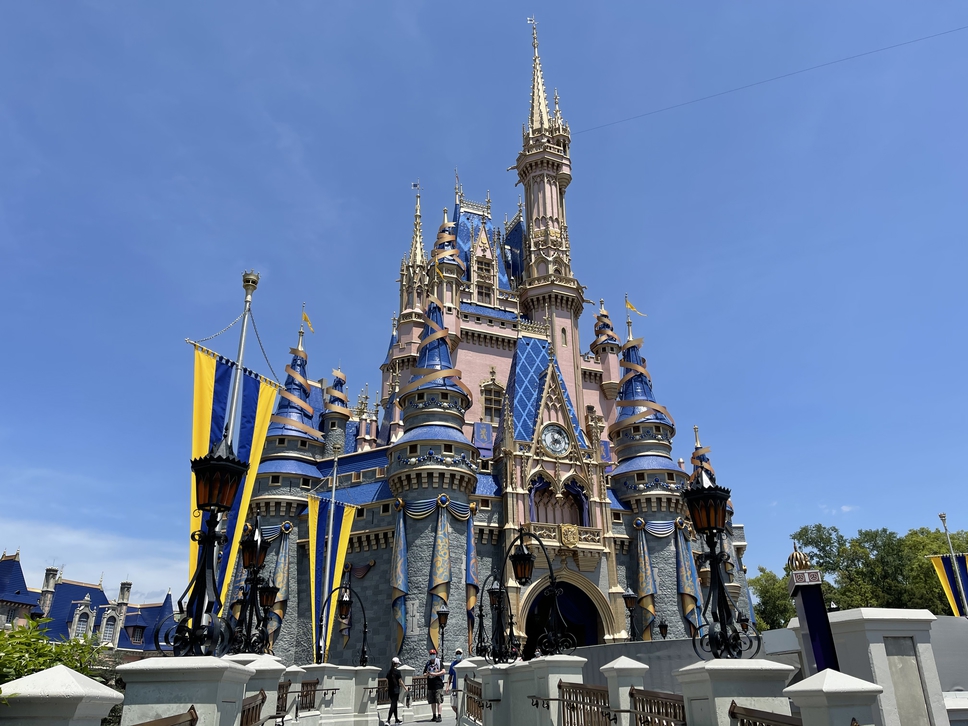 Imagineer Zach Riddley has shared a quick time lapse video via his Instagram account of a 50th anniversary ribbon embellishment being added to one of Cinderella Castle‘s turrets.

In his post, Riddley explains that the ribbon toppers fit the turrets “just like a glass slipper” due to the use of digital modeling by the designers.

We’ve had so much fun watching the castle’s transformation into its 50th anniversary finest over the past few weeks.

Rose gold ribbons have been added to many of the castle’s turrets, blue and gold swags have been installed along the sides, and blue and pearlescent jeweled embellishments were added this past week.

Along with the work that’s been done on the castle, the renovation of the castle forecourt stage is looking closer to completion this week as the stage’s surface has begun to be laid.

The buildings directly behind Cinderella Castle are in the process of receiving a fresh coat of paint in time for the 50th anniversary. The iridescent blue/purple matches the paint used on the castle’s turrets and roof.

Let us know your thoughts regarding the castle’s transformation in the comment section below!