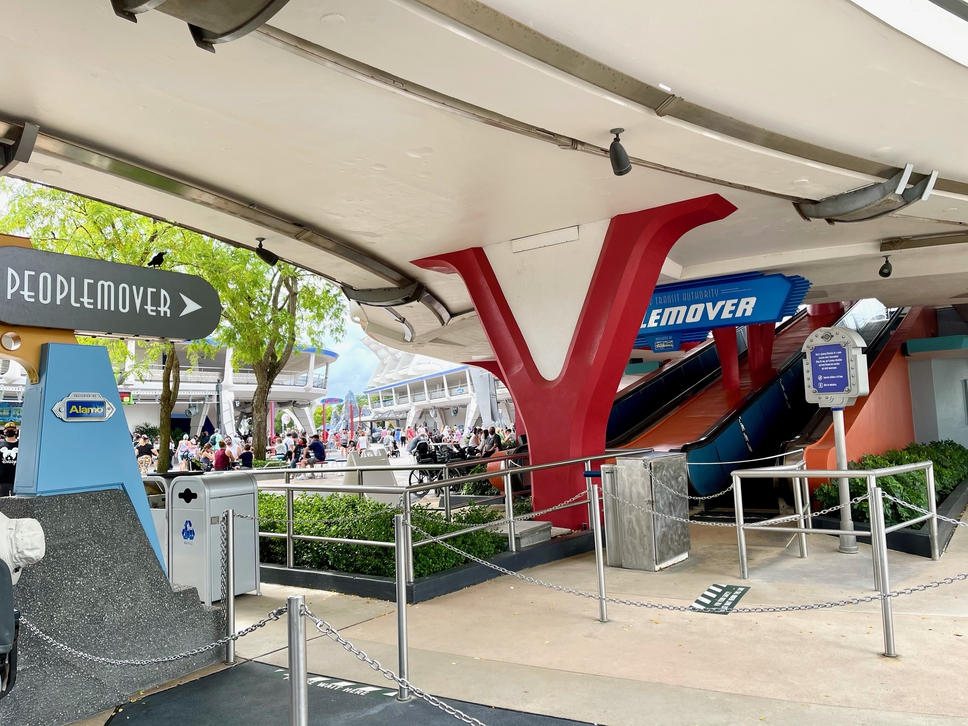 We’re just past mid-month, which means that it’s time once again to ask the monthly question as to whether or not Tomorrowland’s PeopleMover will meet its “first of next month” goal of reopening to guests. While I don’t have a crystal ball, I can share with you what I saw in the Magic Kingdom this week, as well as some information stemming from a conversation that I had.

On a visit to Tomorrowland at the end of the week, I have to admit that I got more than a little giddy at the sight of the PeopleMover zipping along on its elevated track. Yes, I know that the attraction’s been running off and on during its refurbishment, but I couldn’t help but feel a rush of excitement at just seeing it simply move. It doesn’t take much to get us PeopleMover fans excited these days, does it?

Of course, the attraction itself was still closed to guests, but, as I mentioned on The DIS’ Facebook page along with a little video of the PeopleMover actually moving, it was just so, so good to hear that familiar clack clack clack overhead.

On the day that I was there, the ramp leading up to the loading platform was running. The physical distancing markers on the side of the ramp have been there since the reopening of the park back in July, but they just make everything look so ready, don’t they?

I had the chance to have a conversation with a cast member who confirmed that things are still on track for the attraction to reopen on May 1st. It was mentioned to me that the fact that the PeopleMover had been running all day without a downtime was a big deal and a good sign, and that a steady stream of cast members are being brought in to train on the attraction.

So, PeopleMover fans, what do you think? Could we be *this close* to a reopening of our beloved attraction? Let’s hope so. I can’t wait to hear Mr. Morrow paged once again.

p.s. If you missed Jackie‘s ode to the PeopleMover earlier this month, be sure to click here and give it a read.