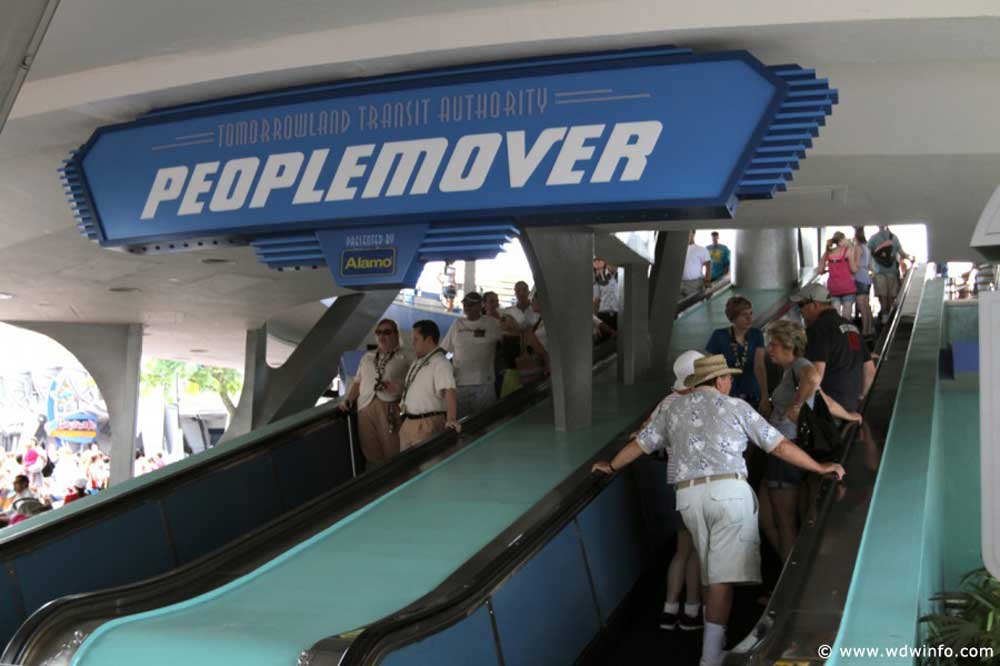 Little did we know that when the Magic Kingdom closed back in March of 2020 due to the COVID-19 pandemic, we’d be without some of our very favorite classic attractions for more than a year. Tomorrowland Transit Authority PeopleMover, I’m looking directly at you.

I’ll be the first to admit that as time passes by, Tomorrowland is not my most favorite land in the Magic Kingdom. There are not many attractions in the land that float my boat anymore – or let’s be honest, that I can stomach. Space Mountain makes me a bit too woozy. Astro Orbiter is 100% a no-go; in fact, I’ve never ridden it. I won’t bore you with how I feel about each one of Tomorrowland’s attractions. Still, I do enjoy Buzz Lightyear’s Space Ranger Spin, and most of all, the PeopleMover is my absolute favorite attraction in all of Tomorrowland.

As many of you know, I am only semi-local to the Walt Disney World theme parks, so I don’t get down for a visit as often as I’d like to. I’ve visited three times since the theme parks reopened back in July of 2020, and unfortunately, the PeopleMover has not been open.

I’ve been waiting for an announcement of its reopening with bated breath over here and was really hoping we’d hear something any moment as members of our team have spotted the attraction vehicles moving along its route. One even saw it being pushed by a cast member, making us wonder what in the world was going on.

Unfortunately, I discovered this morning that the PeopleMover now shows that it will remain under refurbishment through [at least] April 30th dashing my hopes and dreams of being able to ride it next month during our Anniversary weekend.

Which Disney attraction are you missing the most these days? Please let me know in the comments below so we can commiserate together.