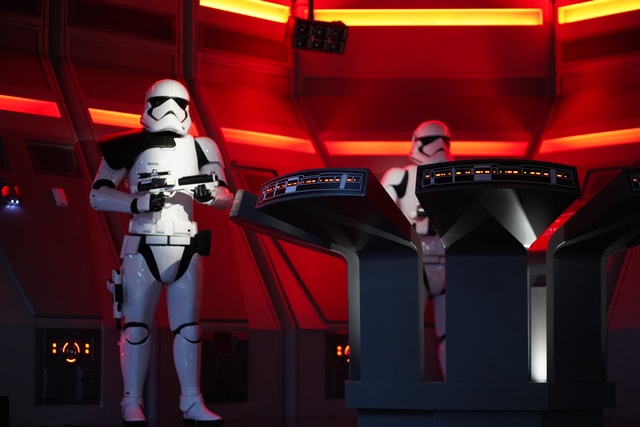 I have had the inner workings of attraction queues on my mind lately. First, we looked at whether or not FastPass should return at all in the Disney parks, with the response being much more evenly divided than I would have expected. By a narrow margin, the ‘return‘ vote had the majority, though most agreed that a variant of the system would be appreciated. This is what leads me to this week’s exploration of wondering if all attractions would benefit from some sort of FastPass or virtual queue system?

It’s a new world mid-pandemic, one where our tolerance for waiting in line is lower than ever and our desperation for the common quick-fix at an all-time high. All options are on the table as Disney works harder than ever to sustain a modern, socially distant theme park world; even technology is evolving, testing facial recognition for park entry. But there is one thing they can’t avoid and instead have to invent new and clever ways to manage. Crowds.

The sheer volume of people who flock to the Disney parks each day is incredible. Regardless of how limited capacity may be at each location, it can be hard to deter people from gathering at those E-ticket attractions. Enter FastPass, FastPass+, and MaxPass, which previously helped distribute people around the area, providing windows for return at the more popular rides. Without these systems, Disney faces the difficult task of managing crowd flow and encouraging people to remain spaced out throughout their days.

After reading all of your comments and thoughts on that previous article, I started to consider the options. It popped into my mind that there might be a case for more, or even all, of the rides to entertain some sort of virtual queue system. It sounds complicated, doesn’t it? At first, I thought the same, but during a series of sleepless nights, my 3am mind pondered this idea a little longer and realized that it actually wouldn’t be all that different in practice. However, the outcome, doing away with traditional physical queueing altogether, would have a significant impact on our health and safety.

You head for the next attraction you are interested in, and instead of standing in the line, you scan your MagicBand for a return time. Not unlike the buzzer at a restaurant, you are alerted when your window has opened then make your way to the ride, all while enjoying food, shops, and other attractions while you wait. Simple enough? Right?

As 5am approached, I started to take this idea to an entirely new level again. Imagine if some of the newer, more immersive lands had a return time to enter them as a whole, allowing you a block of time to explore, ride and enjoy in smaller groups. Staged entry times could apply to lands such as Star Wars: Galaxy’s Edge, Toy Story Land, Avenger’s Campus (opening in Disneyland’s California Adventure), or even areas of EPCOT and the different sections of Magic Kingdom. Similar to the way SWGE opened in Disneyland.

When you start to consider the possibilities, you take a deep dive down the rabbit hole of futuristic Disney technology. And yes, I know this sounds ludicrous; there will be people who dramatically say that allowing Disney to schedule your every moment is giving up some sort of freedom. However, to those people, I say, can you imagine telling Disney park lovers of the ’70s and ’80s that there would one day be such a thing as electronic entry and booking a space to beat the rest of the queue three times a day many months in advance? Every advancement starts somewhere. With necessity, the mother of all invention, the need is increasing and the possibilities endless.

Now’s your chance to let me know if my insomnia has pushed me into the deep end or if maybe, just maybe, there is a more scheduled, crowd-controlled Disney future ahead of us that could somehow alleviate both health concerns and the frustration of waiting in lines.