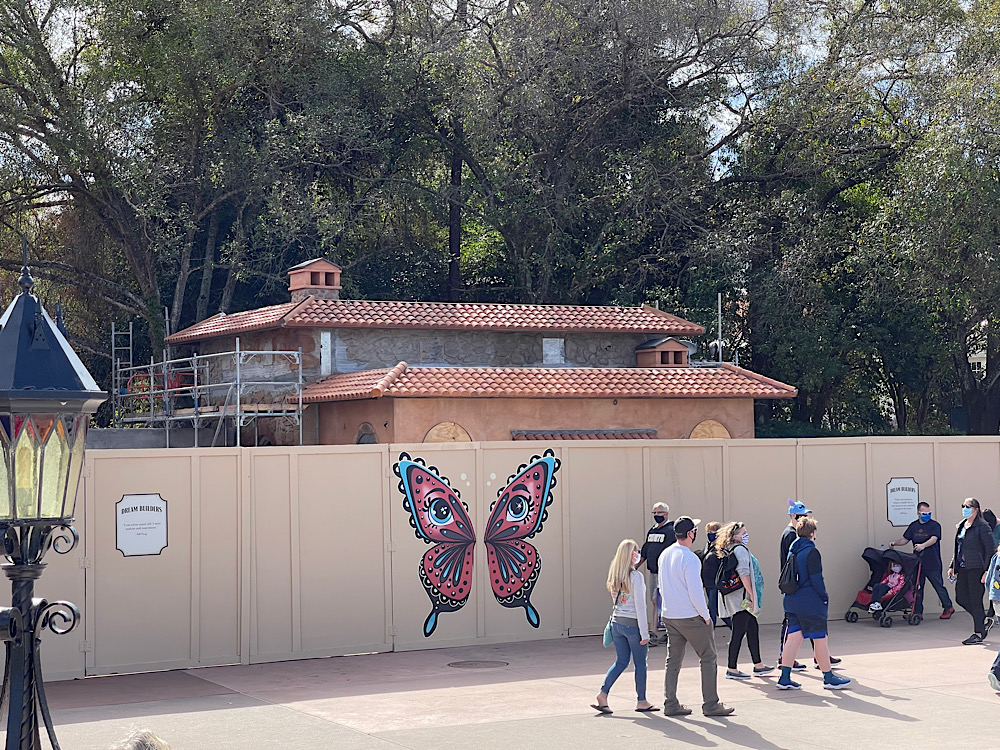 A new snack spot has been springing up in EPCOT’s Italy pavilion, and I had the chance to swing by and take a closer look. And, as a bonus, I might just have a little something to add to your Disney World must-eat list.

The new gelato stand will be located just to the west side of the Italy pavilion, and mirrors the building next to it with its terra cotta-tiled roof.

The new stand also utilizes a partial stone exterior finish, and, as you might expect from looking at it, I was told that it will be much larger than the Gelati gelato kiosk that’s located on the other side of the pavilion.

I was also told that the expanded space will allow the new stand to carry twice the amount of gelato flavors than is currently carried at Gelati. And, for the first time, we have an estimated project completion window for the new stand. I’ve been told that the targeted time frame to have the new location up and running is the end of February.

And, of course, while I stopped by to take a look at the progress on the new location, I just had to make a visit to Gelati as well, right? When I asked the cast member what was recommended, I was told that the Coppa Del Nonna was the top of the list. The Coppa Del Nonna is a sundae that features three flavors of sweet Italian gelato: vanilla, chocolate, and stracciatella (a smooth vanilla with small chocolate chips).

The scoops of creamy, rich gelato are topped with chocolate sauce, whipped cream, and three small (and delightful) amaretto cookies. The $11.75 price tag is a bit steep, but, if you're looking for a special treat, it's worth every penny. It was decadent and so, so good.

When the new gelato stand opens, I’ll be back. And I’ll be looking forward to celebrating its big opening day with another sundae, of course.

Have you stopped by Gelati? What would you recommend that I add to my must-eat list? Will you make a stop by the new stand on your next trip to EPCOT?