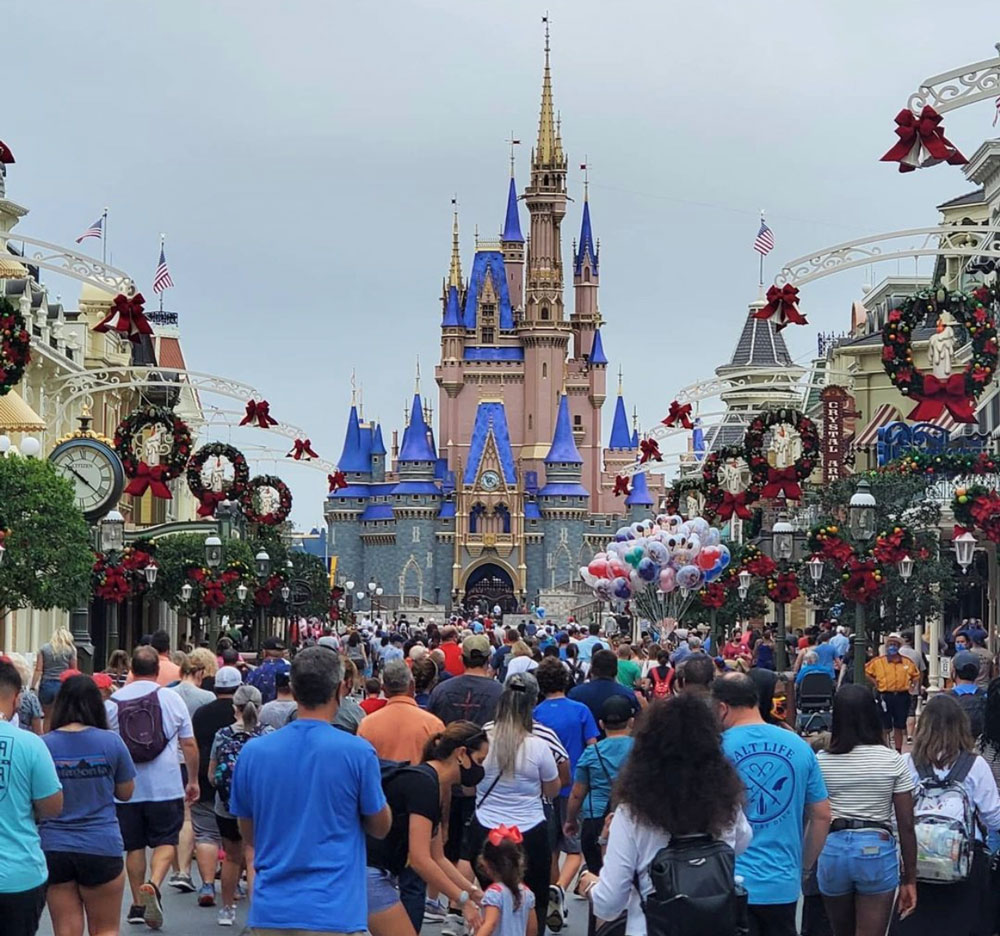 Like many Disney fans, I spend a lot of time scrolling on social media – probably more than I should, ahem – for the latest and greatest on what’s happening in the Disney theme parks.

This year, as we all know, has been quite different from anything that any of us are accustomed to seeing, but one blaring thing is standing out to me as I write this – it’s a major holiday week. Tomorrow is Thanksgiving and the parks are feeling busier than they’ve felt since they reopened back in July.

When you look at the image above, you may think for a moment that it was taken prior to the COVID-19 pandemic inserting itself into our lives because there are so many people in it. You might even need to take a second look to verify that guests in the photo are indeed wearing face masks and then you see the color of Cinderella Castle and realize that it is, indeed, a current photo.

Many of the images folks are sharing online show crowds like this at the other parks too, but it’s essential that we remember how much the angle and the timing matters in some of these shots. It’s also important to note that when you see people posting about the parks reaching capacity, it’s not the pre-COVID capacity, it’s the 35% cap that is currently being followed. It just feels different.

The photo [at the top of this post] was taken as the Magic Kingdom opened first thing in the morning, so that crowd you’re seeing on Main Street, U.S.A. is the first large group of guests coming in. Once those guests disperse into the theme park and into the attraction queues, it will look very different. A photo that’s taken in that exact same spot even just half an hour later will not look like that.

We heard a couple of weeks ago that the capacity in the Walt Disney World theme parks had been increased from 25% to 35%. That means that the super-packed holiday week crowds we’re all used to are not currently happening even though it may feel like they are. There are 65% fewer guests being allowed to enter and whether we like it or not, that’s a lot of folks who are not there.

I for one am glad that Disney publicly revealed that percentage as it’s not something that they typically have done in the past. I also hope that they will not raise that capacity any time soon because I find the parks so much more enjoyable when I can keep at least six feet between myself and other people, which I’ve been able to easily do.

I’d love to hear your thoughts on the capacity in the parks right now! Let me know in the comments below.