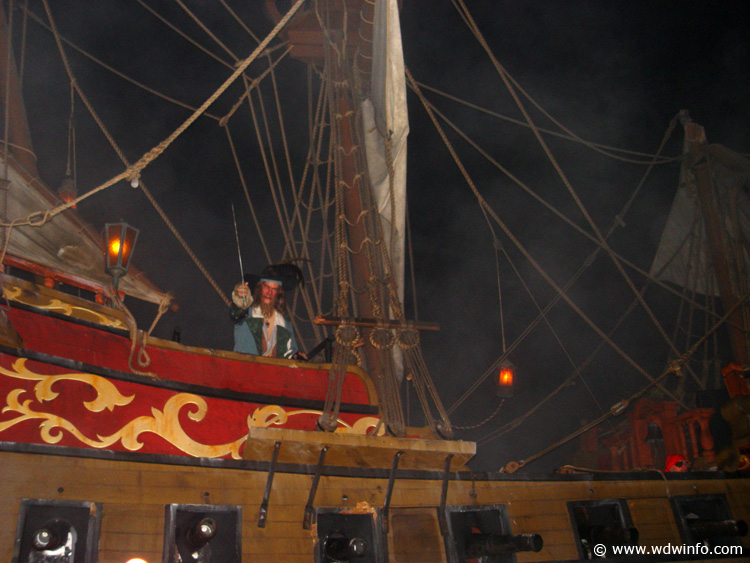 For those who don’t know, Pirates of the Caribbean was down for refurbishment this entire summer. May 11th was the first day the ride was temporarily closed, and it finally opened back up on Saturday September 26th. I was excited to get over to the Magic Kingdom to report on what I thought of the changes; unfortunately, it took three attempts to the Magic Kingdom because every time I wanted to ride the attraction there was a 60-minute wait or more. Clearly there was an excitement over the return of the attraction, but I kept figuring I would come back another time when the line wasn’t so long. On Friday, October 2nd I finally got on the attraction, and I am here to tell you I am disappointed. Pirates of the Caribbean was closed all summer, meaning some families who will only visit once in their lifetime missed out on one of the most iconic Disney attractions. As disappointing as that is, I am completely okay with that happening in the cases where the refurbishment made significant improvements, but I was not impressed with these. The changes that were made were lackluster, and insignificant to the guests. The attraction's refurbishment was supposed to create new aromas throughout the ride. The Disney Parks Blog tried to stir excitement by saying there are “a handful of new scents to experience at different areas of the attraction." Smells of sea salt, cannonball smoke, among others were apparently added, but quite honestly I could barely smell anything. If they are going to pump in these fragrances they need to turn up the dial, and make the scents more noticeable. After getting off the attraction I realized I actually missed the naturally musty smell that the attraction used to have. I will acknowledge that the new costumes did make many of the animatronics pop, but taking the entire summer to fix a few costumes seems to be a bit too long. Even positive improvements like the new costumes on the attraction didn’t impress me enough to warrant the attraction to be down for the whole summer. Similarly there were lighting and painting touch ups, but again why did this take the entire summer? Am I happy that Disney is maintaining one of their classic attractions? Of course, but was I impressed by these changes? No.
ShareTweetSubscribe
GET A NO-OBLIGATION DISNEY WORLD PACKAGE QUOTE