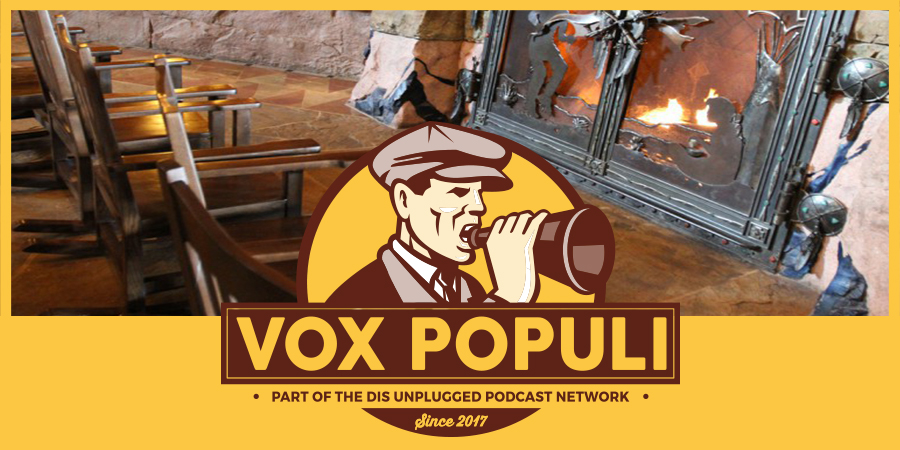 ShareTweetSubscribe
Over the last couple of days, there has been quite a bit of discussion online concerning the shenanigans that typically go on during your meal at the Whispering Canyon Cafe at Disney's Wilderness Lodge. While the restaurant is most known for making a scene when someone asks for ketchup, (hollering the word "KETCHUP!" then all the servers and even guests from some of the tables come over with their bottles leaving you with a whole bunch) there are other things that go on there that are hysterical. For example, one time, my daughter asked for a large Coke and our server brought what looked like a gallon-sized mason jar full! After a little bit of time passed, the server showed up at our table with a FastPass certificate to the restroom; we nearly died laughing. Someone at a table near us saw the gigantic soda and asked the server for a small Coke. The server came back with a tiny mason jar the size of a salt and pepper shaker. Years ago, the restaurant Cast Members would leave two coasters on each table. One was green and said, "Jump in and play." The other was red and said, "Watch from the fence!" allowing guests dining there to choose whether or not they wanted to participate. Those coasters have apparently gone away and some of the antics have mellowed out over the past few years. In a thread over on the Disney Restaurants forum at DISboards.com, posters are having a lengthy discussion about these silly antics possibly becoming a thing of the past. It seems that there have been numerous complaints due to the noise coming from the restaurant made by guests in the lobby and guests in the rooms directly above the restaurant. Poster 'DisneyHardin' shares,

"When we ate there a couple years ago, we chose to put our coaster on the red side and just watch. Some of the antics stuff was funny, but the ketchup thing was annoying. It was happening every 2 or 3 minutes and I doubt the people who actually needed the ketchup were even having a chance to use it before they were expected to run it to another table."

Another poster, 'handinpocket', shares their experience and you might see how misunderstandings such as this can happen.

"I can remember going years ago.....like 15 years ago. The waiter was saying very derogatory things about my clothes and hair....I was mortified. He threw straws at me and I had NO IDEA it was a 'thing' they did. There were no other waiters doing any of the antics around us, we thought he must have something wrong with him, lol. No tip (due to hurtful comments) and never have been back."

Poster, 'LiveToTravelNicely' brings up a valid point by stating,

"While I can see the argument in favor of all the fun, how many people book this restaurant that aren't as plugged-in to Disney like all of us on the DIS? I can see where they've probably offended many many people. I would speculate that over half the restaurant shows up not knowing what they're in for. They've got the coasters for yes/no to the fun, but seriously if you're being asked to participate or not and you don't know anything about the place, what is 'fun?' If you're unaware of the WC antics and you've been to Ohana, perhaps you think, 'sure I want to participate in the coconut shuffle challenge!,' not realizing fun at 'Ohana does not equal fun at Whispering."

There are also numerous comments in the thread from posters who are not in favor of toning down the antics; I've shared a couple of them below. 'NickC' says, "This was on my to-do list, but I guess I'll have to cross it off now" and 'mastermind307' said, "My nephew requested WC because of the antics. I'll have to ask if he still wants to eat there if they are no longer doing the antics. We'll be at MK the day we have an ADR for lunch at WC so if he doesn't want to eat there, we can eat somewhere in MK and save some travel time." Below is a tweet from an unhappy guest with a response from the official Walt Disney World Twitter account which appears to confirm that a change is indeed happening.

Hi there, Aaron. We are continuously updating our offerings throughout Walt Disney World Resort and are currently working on what's next for Whispering Canyon. We apologize for any disappointments.

We'd love to hear your thoughts on this subject. Let us know in the comments below, join the discussion on our Facebook page, or head over to the thread entitled, "No more fun at Whispering Canyon?" on the Disney Restaurants forum at DISboards.com.
ShareTweetSubscribe