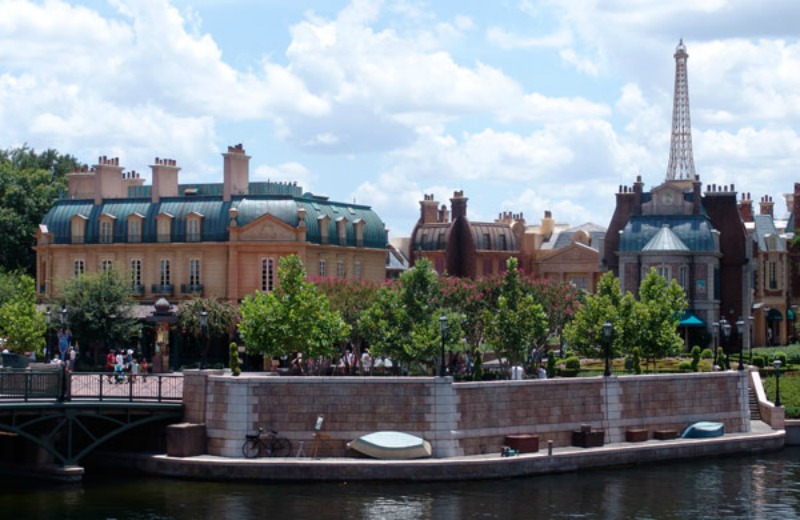 For the past few months, rumors have been floating around online about Walt Disney World adding a new pavilion to the World Showcase at Epcot. Those rumors are saying that the new pavilion will be Brazil and will be placed between the existing Italy and Germany pavilions. Just to give you some perspective, the miniature train set sits in front of where the new pavilion would be added if this rumor came to fruition. We suspect that if something like this is indeed happening, the announcement would likely be made at the Walt Disney Parks and Resorts presentation at the D23 Expo taking place on Saturday, July 15.

The discussion over on DISboards.com is a busy one with lots of hope and speculation.

Poster ‘Disney_traveler‘ is one of many posters who says, “Please let it include a Brazilian steakhouse/Churrascaria table service!”

Posters like ‘Capang‘ are worried that the train set might be removed saying, “That train set is one of my favorite things in WS. It makes me nostalgic for my childhood.”

While most posters in the thread don’t seem opposed to a Brazil pavilion, others are listing different countries as possibilities such as Ireland, Spain, Greece, Russia, Australia, or New Zealand.

Our moderator, ‘rteetz,’ has shared a photo of some concept art from years ago when a Brazil pavilion was originally planned. What are your thoughts on this rumor? Stop by the “Brazil – the next likely pavilion” thread over on our Disney Rumors and News board to weigh in.

You can also let us know your thoughts in the comments below or come join the discussion on our Facebook page.