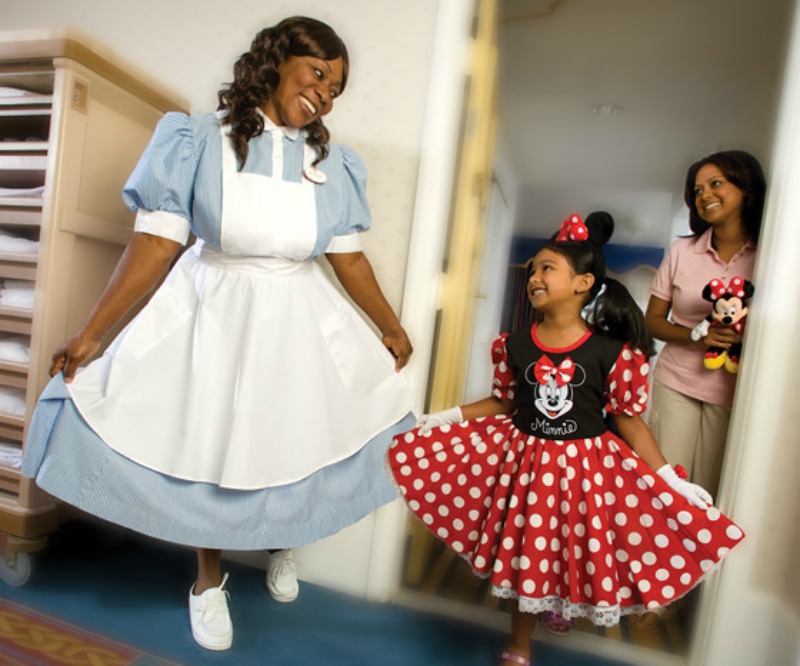 Over the last several months, some guests staying at certain Disney Resorts have been offered gift cards in lieu of housekeeping services during their stay. The dollar amount given has ranged from $10 to $20 per day.

In a thread on DISboards.com entitled, “Just received an interesting call from a Disney cast member…“, poster ‘captain america 2003‘ shares that he received a phone call prior to his vacation from a Cast Member at Disney who offered him a $10 Disney Gift Card per night if he would forego housekeeping services for each night of his stay.

I found it interesting that Disney is actively soliciting this prior to guests arriving and it’s got me thinking about what other reasons they could have for doing this.

Poster, ‘HopperFan‘ on the boards says “Last year the Housekeeping shortage meant they were offering $500 signing bonuses. They make $10.15-10.50 per hour. Guess what, since this new ‘security check’ they are now offering $1250 signing bonuses ….. sounds like maybe they are losing housekeepers…”

We are also hearing that students in the Disney College Program are being offered the same bonuses for switching their roles to housekeeping.

Being a Housekeeper is certainly a lot of work; poster ‘HopperFan‘ also shared a glimpse into what their workload on any given day could look like:

“At the lodge, we had to clean 17 or 18 rooms a day. At Fort Wilderness, we had 10 cabins, each one with a living room, kitchen, bathroom, and bedroom. At the Grand Floridian, we had 10 rooms. The number was fewer there because we were expected to change all the sheets on all the beds every day. The rooms were also marginally bigger.”

Then I was poking around on Twitter when I ran into this tweet which might explain why guests are being contacted prior to arriving at Walt Disney World:

Today is day two of our Housekeeping Job Fair! ✨ Want to learn more about making magic with our team of pixie dusters? Stop by the Walt Disney World Casting Center today, and click here for more information: https://t.co/XfRAWocSZH pic.twitter.com/xbKUb7pi2r

A two-day job fair just for housekeepers shouts loud and clear that there is definitely a shortage of staff. Now, whether that means they are unable to find new staff or keep current staff is anyone’s guess.

What are your thoughts on this matter? We’d love to hear from you in the comments or come join the discussion on our Facebook page.