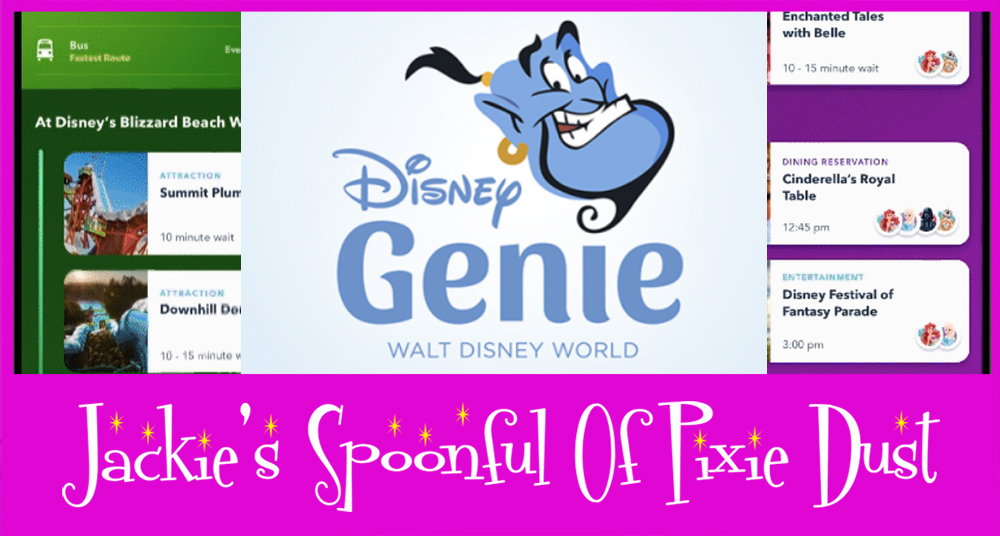 During the D23 Expo in 2019, now CEO of The Walt Disney Company Bob Chapek, announced a new planning tool called Disney Genie that would make its debut in late 2020.

In his presentation during the Disney Parks, Experiences, and Products panel, Chapek stated that this new app would “do all the hard work for you” when it came to planning your Disney vacation. Guests would reportedly have the option of choosing a princess themed day, a pirate-themed day, and many others.

Fast forward, if you will, to the present day where we’re dealing with all dining, Resort hotel, special experience, FastPass+, and more reservations being completely cancelled due to the ongoing COVID-19 pandemic so everyone’s going to start their planning over with a clean slate.

Disney has told us already that they are soon going to be introducing a brand new reservation system where folks will need to have a reservation to actually enter one of the theme parks. We don’t really know many details about this new system, but we do know that being a guest at a Walt Disney World Resort hotel will not guarantee park entry; you’ll have to have a reservation secured in the new system in order to be granted entry.

There have been many rumors swirling around the internet on discussion forums and such that Park Hoppers will be a thing of the past, but we can’t confirm that information just yet as Disney hasn’t announced it.

For additional information regarding the reopening of Walt Disney World Resort, be sure to visit our Reopening Information and Updates.

Do we think this previously-announced Disney Genie app is being tweaked to become Walt Disney World’s new reservation system? Is My Disney Experience going away or will it still be used in conjunction with the new system? I’m just not sure and I’m very curious to see what you all think about it. Please share your thoughts in the comments section below or join the discussion on our Facebook page.