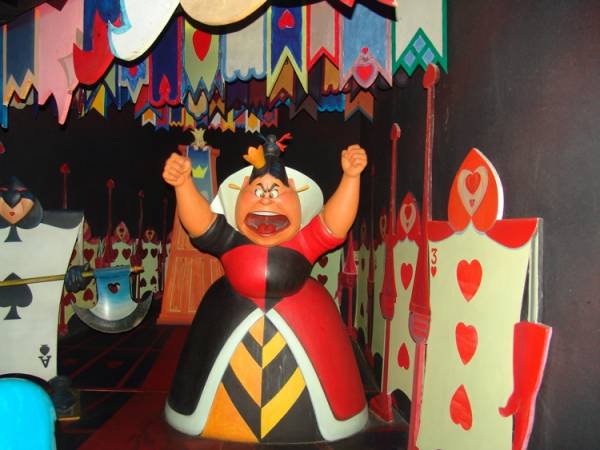 Guests from all over the world visit Disney parks everyday. Most guests enjoy their day without disrupting or negatively impacting anyone else’s day. Unfortunately, some guests are destructive to the happiness that the Disney parks are trying to create for everyone else.

Vacationing in a Disney park is expensive, yet some guests believe the high price they have paid gives them the right to treat cast members and other guests as if they are below them. News flash: everyone paid the same amount to enter the park, and hardworking cast members don’t need to be treated poorly. These guests act stuck-up and snooty, and what is worse is they act this way with confidence. When working in the Magic Kingdom, I would see upset snooty guests patronize cast members, treating them as worthless barriers to them getting on an attraction. A magical moment is when a cast member goes out of their way to make a family’s vacation special. Sometimes this means giving a family special access to the FastPass queue, or giving them a certificate for a free balloon. Self-entitled guests are never given these moments because they believe they deserve them. The key to getting a magical moment is not acting as if you deserve one, yet this is a concept that self-entitled guests don’t understand. Huge tour groups are great business for Disney parks, and I don’t mean to ban huge tour groups, I simply believe they just need to be broken up. In high school I visited Walt Disney World for a weekend-long field trip. The reason the trip was so successful was that the group was broken up into groups of four. Instead of traveling as a pack of a hundred teenagers, we were spread out throughout the Walt Disney World property. All tour groups, whether it is group of cheerleaders, international guests, or high school musical groups, should be broken up into small groups like my high school trip was. Smaller groups are better for cast members as they are easier to load onto attractions, but it also makes it easier for guests to navigate the parks without a huge cluster of teenagers blocking pathways or entrances to attractions. Sadly, in 2015, most children don’t seem to listen to their parents. I know this isn’t the case for all children or all parents, but a large percentage of children in Disney parks seem to control the actions of their parents. Disney parks should allow children to have fun and let their imaginations run free, but it doesn’t give them the permission to boss their parents around. It is a shame to see a thirty or forty-year-old getting bossed around by their children. During the Christmas party on December 1st, I witnessed a mother jumping through hoops to appease her two screaming and whining sons while waiting in line to meet characters. Rather than warning them that they would leave the park, instead she fell into the trap of doing whatever her children wanted to shut them up, and still she had no success. Unfortunately, I’ve seen it happen working in the parks that a screaming child gets their way more often than not in a Disney park.