What Embarrassing Disney Souvenirs Hide In Your Closet? 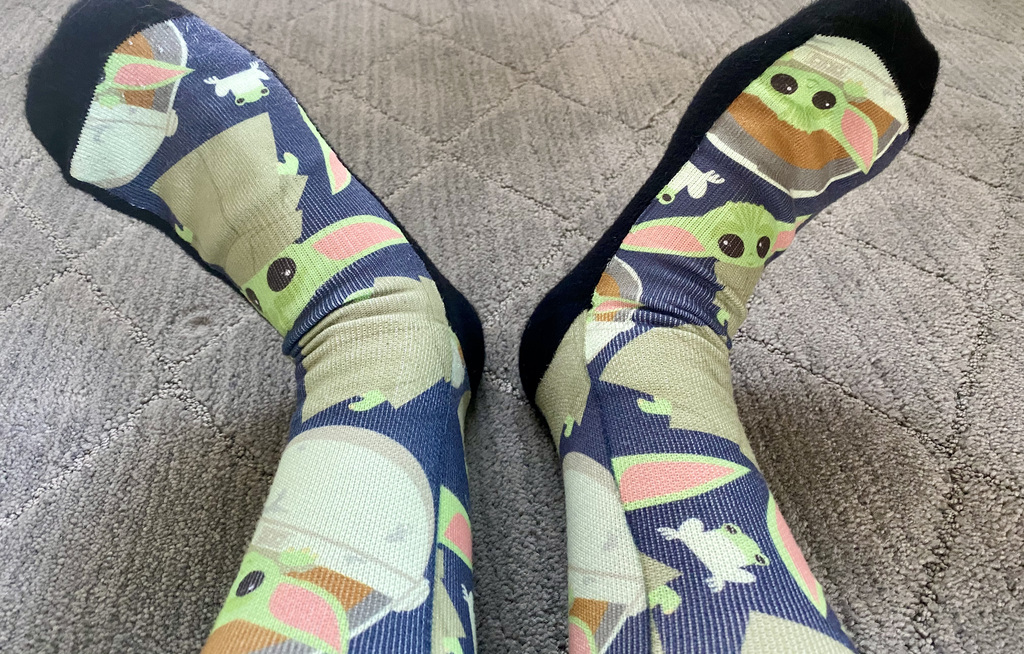 Do you have any Disney souvenirs that make you cringe just a little?

Come on. Admit it. Let’s have a laugh over some of the Goofy stuff bought while on a Disney-high, on sale, or during that panic to “buy something” on the last day of vacation. I’ll go first.

I think Spirit Jerseys look adorable on young and peppy people—both of which I am not.

During a recent spring cold snap, I threw on my Spirit Jersey (it’s pale pink, UP-themed, with PARADISE FALLS spread across the chest). The response from family and neighbors was priceless. “What are you wearing?” was the most common retort, and not in a nice way.

Okay. It is not the most flattering piece of clothing I own. Moreover, I hate to admit that I paid the full price for it (about $70). But it’s so damn comfortable. I can’t purge it, but I vow never to be photographed in it.

I’m not a doll collector nor do have kiddos who are into Barbies. So, why do I own three Princess dolls and all available outfits? I have no idea.

I both love them and am mystified as to why I have them. Are they the souvenir I would’ve wanted when I was 7 years old? Do I need a therapist?

(As a side note, kudos to Disney for the new plastic-free packaging for the Classic Dolls. The new boxes are great!)

Remember when The Mandalorian first came out and there was very little merchandise? If I recall things correctly, the first “baby Yoda” swag out there was a tumbler, a phone case, and socks.

While I should have waited for cuter stuff, I panicked and went for the socks. Reflecting back, it was a mistake. Those Grogu socks are a tough look (and a little scratchy).

For those of us 1,200 miles away from Walt Disney World, Disney On Ice is a way to get a little fix. The souvenirs at the show are pretty expensive, but it had been so long since I had last been to Disney that I said yes to a $12 Mickey Mouse flip cup that held only 6 ounces of liquid.

The cup’s not the souvenir I’m embarrassed about, however. It’s the coordinating Mickey straw that I had to pay extra to have.

Seriously. A straw? Hasn’t my useless collection of “glow cubes” taught me anything about wasting money on drink add-ons?

Yes! On sale, I purchased a DVD of the worst animated Disney film of all time (according to its Rotten Tomatoes score of 18%). I wish I could say that I did this to complete a collection, but unfortunately, there are plenty of highly-rated classics I don’t own and probably should have spent my money on.

Thankfully, I can say that the vast majority of my Disney purchases bring me more joy than unease. I’ve made some mistakes. That’s for sure. But a little retail therapy at Disney now and again is worth the consequences of picking out the occasional lemon.

What embarrassing Disney souvenirs are hiding in your closet?