The Sights, Sounds, and Scents of Disney; What Takes You Back? 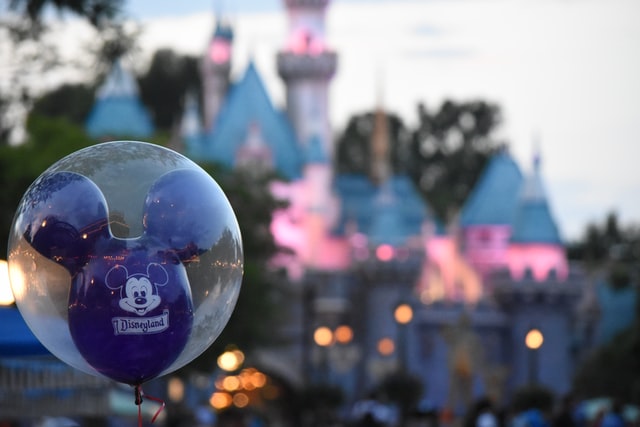 It’s no secret that I am missing my happy place right now. Considering this is the longest I have gone without visiting Disney in some shape or form since I started as a six-year-old, I am sure you can imagine that I am not accepting it well. While we, as Australians, aren’t able to leave our island for the time being, I’ve been calling on all of my favorite things to try and bring that special Disney feeling back; you know, the one that makes your skin tingle and your eyes widen?

I’ve been resorting to just about anything I can to make that connection, including, but not limited to, sniffing at my Magic Candle Company candles in pure desperation. I’ve done it all, covered the house in fairy lights, (poorly) made some of Deni’s Saturday Snacks, even sported my best Disney attire at the office and school pickup run. It’s safe to say I’m ready to check out of my non-traveling reality and feel that Disney magic once more, but no matter what I do, I can’t seem to spark that usual feeling of being transported back to a Disney moment. That was, until I watched the Magic Returning to Disneyland.

Now, I know some of you had feelings about it. It wasn’t flashy or impressive in an over-the-top way, true. Instead, this time around, Disney decided to do something different and run with good old-fashioned sincerity and gratitude. We are so used to the grand gesture involving bells, whistles, and an abundance of fireworks, but this attempt at connection with their long-lost guests came in the form of a more subtle approach. It was then, as the piano keys softly awoke a darkened Sleeping Beauty Castle, that I felt it all come rushing back.

In a simpler time, the magnificence of Disney wasn’t about this idea of the bigger, the better; it was more about quality over quantity. It didn’t take the booming fireworks display or rousing parade pop to make you feel the magic; it was simply there to be had if you took a moment to stop and enjoy it. I was reminded of this watching the live ‘special moment’ when the whimsical When You Wish Upon a Star spoke to me in a way that many of the classic tracks from the parks do. It was my Forky moment, perhaps meaningless to someone else, but priceless to me.

Once the live event had ended, I immediately went to my favorite Disney Parks playlist on Spotify, where all of the best tracks from attractions and general park ambiance can be found. As each one played through the list, a flood of feelings hit, confirming that for me, it’s definitely the sounds of Disney that transport me back.

I’d been trying to satisfy my need for Disney through all of my other senses without any luck, writing it off to the fact that for the first time in my adult life, I didn’t have a ‘next time‘ booked and waiting in the wings. However, once the music from the parks began to dominate the soundtrack to my 6am walk through the local hills, everything began to change. It occurred to me that this connection can be made differently for everyone, and I am curious to hear about how you connect with Disney from afar. Of course, a combination approach will always be an option, but if you had to choose just one of the senses that really make you feel the magic, which would it be?

For me, I had always thought it was my sense of smell. My candles and home fragrances often help me travel back to places far, far away in an instant. However, this time, despite filling my home with a fabulous scent, the magic just wasn’t there in the same way it came when hearing that broadcast. Admittedly, the spoken words of Walt Disney that followed didn’t hurt either, exuding a sense of nostalgia and hope that permeated my being from the other side of the world. Not only did it remind me of that enchanted feeling you enjoy at Disney, but also that magic is ours to be made, anywhere, anytime. The spirit of Disney is one of love and togetherness, both of which we can emulate in our everyday lives to create our own moments of joy, something that can get lost in the stress of day-to-day life.

So, what’s your answer? And you can only have one! What’s your go-to move to feel the magic when you are a million miles away? Taste, sight, smell, or sound; what floats your Disney boat and why?