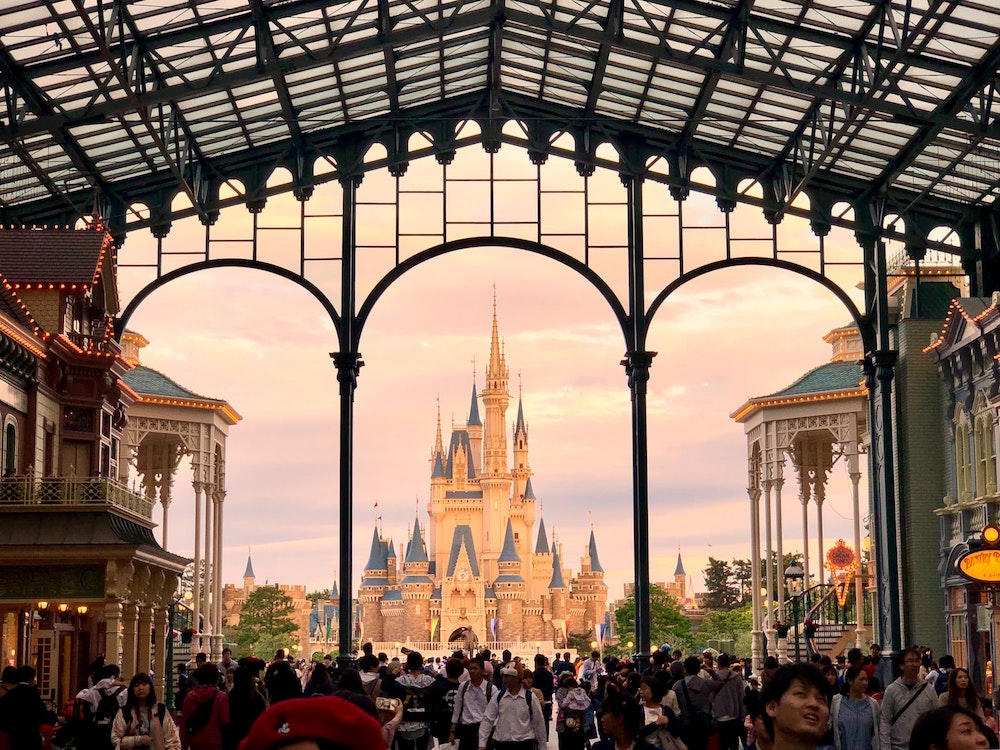 If there is one thing I hear routinely from people coming home from their favorite theme park, it’s the disappointment of missing out on a particular attraction that they had their heart set on experiencing. Some knew well in advance, and just failed to adjust emotionally in time before their visit; others skipped blissfully into the sunset, research-be-damned, and were surprised to see that apologetic look on a cast member’s face as they blocked the entrance.

However you got there, that sinking feeling is the same.

When considering what this week would bring, I couldn’t help but think that now is the time to find the positives in the next-times. With many of us canceling vacations, cruises, park visits, and all exciting things in general, it felt like the right time to shake things up and start looking forward to the good stuff ahead of us.

There are many things that keep us coming back to Disney time and time again, and, while they always feel inconvenient, things like ride closures are actually a crucial part of the process. Not only do they keep our favorite rides safe and well maintained, but they also bring us upgrades, additional features, and everyone’s favorite: the occasional holiday overlay. How fun is that, right?

Ride closures can sometimes also be the basis of what I like to call the Next Time Addendum. This occurs just before you leave Disney property, when the tremendous sadness of missing out on a certain attraction has inspired the initial thoughts of a whole other vacation. It may only be in the very early stages of conception, as you leave the empty line area of your missed attraction, that vengeful notion of thinking, I’ll be back for you, if it’s the last thing I do! But that can sometimes be enough to evoke the sudden, unshakable urge to do it all over again. By the time your American Airlines flight has touched down across the country, you’ve mapped out the entire game plan for your next trip back to the magic.

Due to the nature of having special needs children, we have become professionals at this. If it were a sport, I would be holding the trophy engraved with “next-time champions.”

As most of you know, I live on the beautiful, yet far away, south coast of Sydney, Australia, which makes our go-to park California’s Disneyland. With the additional cross country flight to Walt Disney World, our trips to Florida are much further between. A couple of years ago, we made our return to Orlando and were able to experience some of the newer additions to the parks, including Animal Kingdom’s Pandora.

Pandora was something I was very much looking forward to, having read such wonderful things about its beauty. We were unable to get FastPasses for Flight Of Passage, and had unsuccessfully planned to head straight to the attraction at park opening. Unfortunately, we were met with a 190-minute wait time after the 20 minutes it took to clear security and enter the park. But, despite the disappointment, I knew that it would most likely be a ‘next time‘ attraction, and was buoyed by the plan to return after dark to see the real Pandora come to life.

After a few hours in the park, and meeting up with some friends, my daughter’s tolerance for the sounds and crowds of the park began to wain. This often manifests in snarky (yeah, yeah, she gets it from me, I know), passive-aggressive, emotional outbursts, and as her mother, I tend to be the safest person to direct her emotional displacement toward. We decided it was time for a sensory reset, and booked in some last-minute FastPasses for Finding Nemo the Musical to see if the darker atmosphere, air conditioning, and lack of ambient noise would help to calm her.

Unfortunately, it didn’t; as we exited the theatre, it was clear that this would be the tone of the evening. So I did what any loving mother would do. I explained the situation to our friends, jumped on my daughter’s back, almost majestically toppling both of us over, and said, let’s go. I knew our day was done; if I had any hope of enjoying the nighttime spectacular of Pandora, it wasn’t going to be while dragging around a struggling tween whose sensory processing abilities had burnt out in overdrive.

And just like that, Pandora at night became my most recent next time addendum.

You may be wondering why I use the word addendum instead of many others one could use in its place. It’s because, once you have been to Disney a few times, you start to realize that your Disney vacation is not limited to the time you spend in the parks. It is part of your thinking process on a regular basis. It stays with you for the rest of your life and becomes a part of who you are. Your Disney story isn’t limited to the five days that you spend in the parks; it’s an ongoing grand tale that lasts you a lifetime. What you add to the end of each chapter becomes the inspiration for the next.

Don’t be concerned about leaving some stones unturned when it comes to Disney. Even for those that are spending their once-in-a-lifetime vacation in Disney parks, that longing and excitement to go back can be enough to add a smile to your darkest days, whether or not you do have the opportunity to return. It’s actual the stuff dreams are made of, and sometimes that is enough to find the light at the end of your tunnel.

No one will be able to tick every box on every trip, so it is essential to turn your view of these disappointments around to appreciation for all the attractions you did get to experience. I didn’t make it back to see the bioluminescent additions to Animal Kingdom on that particular trip, but we did manage to enjoy the best Kilimanjaro Safaris ride I have ever taken, with all the animals out on display, up close and personal. Having ridden other times where every animal was hiding to the point where I wondered if this ride was, in fact, a social experiment rather than a safari, I know this good fortune isn’t always the case. It reminded me that we must appreciate the wins rather than be disappointed by the next-times.

More recently, cancelling our vacation to Tokyo Disneyland has been harder to swallow than I thought it would be. Knowing that I would be there, right now, enjoying all of the festivities, it is hard to accept that instead, I am here, juggling an increasingly hectic work schedule, socially distancing my life in general, and schooling two children from home. But the thing that keeps me going is knowing and trusting that all of that excitement is still ahead of us.

Enjoy the addendums; they are what keep the magic alive and the drive to return in full swing. Pandora (at night) will be there on our next trip, and hopefully, so will two kids that are feeling comfortable and happy enough to enjoy it with me.

For those of you who, like me, are struggling with canceled vacations, take a moment to let yourself be sad, but then be sure to find that stomach-tingling excitement that can only be found in looking forward to your next Disney adventure.